Ok - a bit of a long story here, but I really wanted to share after the help I have gotten from this forum.

This is only the fifth season that I have been big game hunting. I had done some bird hunting before, but without knowing someone willing to take me along, it was hard to make the jump. When I moved to Elko for work, I finally found that person. He took me on my fist big game hunt - an area 6 cow elk, and I was immediately hooked. The sound of bulls bugling immediately got into my soul. I learned 2 major things from that hunt - 1: I knew what I was going to be doing every September for the rest of my life regardless of if I had a tag or not, and 2: if I wanted to be a serious elk hunter, I was seriously going to have to get into better shape.

Fast forward to this year. After studying the odds, and knowing what I was capable of, I drew the 072-074 muzzle loader bull tag with 3 points. I was ecstatic, but also knew I was going to have to work for it in this country. I spent every free weekend scouting and making plans - all of which failed.

To begin with, my original mentor and another friend who were supposed to make the trip out to help had to call off due to some family issues. Another friend made it to opening weekend, but again had to go home to take care of some business. That left me flying solo. Lucky for me, I have a very supportive wife who had given me the go-ahead to pay for a packer, should the need arise.

I tried a couple different areas in the wilderness. The first one held plenty of bulls, but they all seemed to be raghorns and spikes. The second, which had held elk all summer, seemed to be completely devoid of them now. I was seriously getting my butt kicked by this country. I was ready to go to 073 and just spend a few days glassing just to recover and hope to get lucky. I sent a text asking for advice to someone I had met on one of my scouting trips. Instead of giving me advice on 073, he gave me a tip on one more spot to try in 072. Being the glutton for punishment that I am, I decided to give it one more shot.

The first evening there, I saw nothing. I decided to get up at 4 the next morning and give it one more shot. I hit the same spot that I had been glassing the evening before right around first light and to my surprise, saw three bulls feeding on the hillside.

It was almost a perfect setup. The wind was blowing straight from them to me and I had an easy route to get behind/above them on their hill. When I got over there, however, they were nowhere to be seen. I didn't think that they had been spooked, since I hadn't heard any crashing away, but wasn't sure. As I stood in the spot where I had seen them, I decided to start cow calling. After a few minutes of that, I saw a bull come to the edge of some nearby aspens. I could see he had decent fronts, but most of his antlers were hidden in the trees. I ranged him at 86 yards and had a clear shot at the vitals. I quickly decided to take the shot.

I'm sure you all know that exhilaration/panic that ensues after taking the shot. As far as I could tell, he didn't react at all. Just stood there staring at me, then slowly walked forward. About this time, I finally managed to kick my brain back into gear and started reloading. Just about the time I got the primer in my muzzy, he walked out of sight. I heard him start to crash away, then nothing.

I decided to try and sit down and wait for an hour. I could see the entire grove of trees, and he hadn't left, so I was mostly sure he was in there. I made it 15 minutes before I had to go check to see if there was any blood trail. Nothing. I was starting to get a sinking feeling, but decided to go check the last place I had heard a crash. You can imagine my excitement when I spotted antlers poking up through underbrush. You've all heard of ground shrinkage right? Well, this was the rare case of ground swelling! I honestly had no idea how good this bull was when I shot. 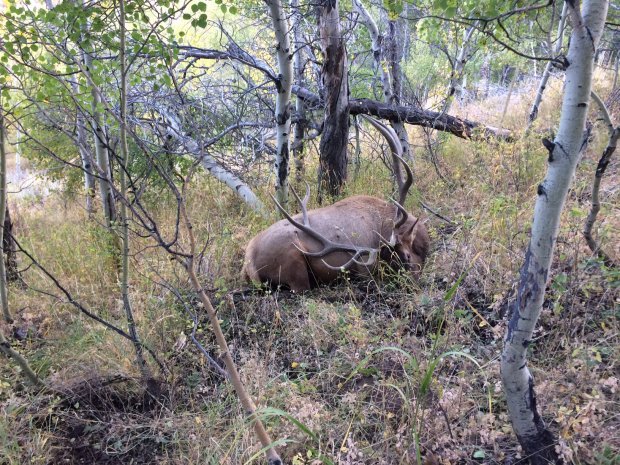 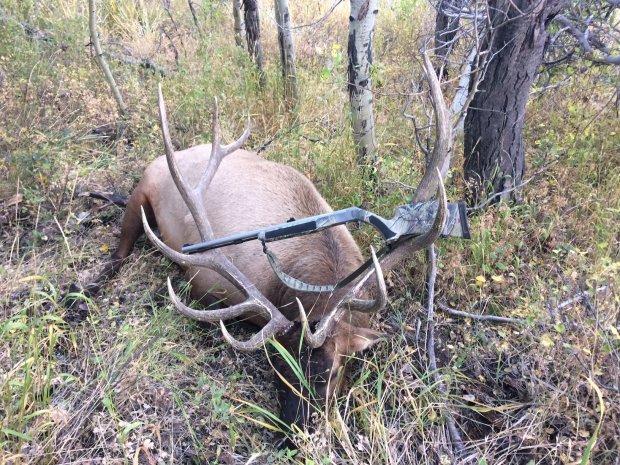 Of course, then the work began. It's no joke quartering up a bull this size solo and took me a solid 4 hours, but certainly work that I am happy to do.

Here's one more of the pack out: 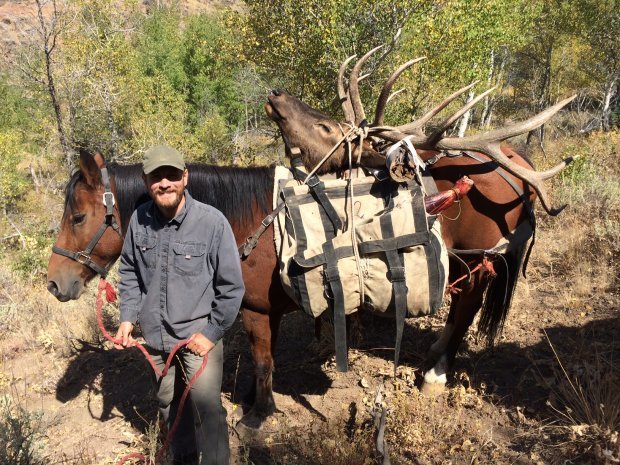 Anywho, I just wanted to say this: Always be willing to take a new hunter. You never know who is going to develop a passion for it. It's an amazing pursuit that has changed my life. Second, it doesn't hurt to be helpful. I never would have found this bull without the tip from someone I had only met once. Finally, keep at it! This was my third spot and had put in close to 40 miles of hiking by the time I found him. It wasn't nearly as easy as I had imagined it would be during my scouting.

Good luck to the rest of you!
B

I'll go out on a limb and say that was well worth 3 points, congrats!

Congrats ! That's a great bull. Your off to a great start. Keep at it.

Great hunt, great bull, pushing yourself to succeed.
Congratulations to you. Hopefully the 1st of many big bulls

Super bull for sure! Glad you stuck with it solo and succeeded. Congrats
J

That is a stud bull. Great story and congrats.

Hey, that is a great read and a Great Bull. Way to stick with it and Congrats to you! Awesome.
B

Congratulations, what a great hunt and a great story! You deserved to get a good bull with the efforts you put in. That bull is a dandy for sure.
B

Great story and an awesome Bull. Congrats and glad it all worked out.

That first picture of him is awesome! Congrats and I'm happy for you that your hard work paid off. Great bull...

Cancer doesn't discriminate...don't take your good health for granted because it can be gone in a heartbeat. Please go back and read the last line. This time really understand what it says.

Thanks everyone! I really couldn't be happier with this bull. It was an amazing adventure, and I can't wait to do it again.
K

Let us know what he scores
B

congrats on a great bull.

I taped him out at a gross of 348. I could easily be off either way.

Very Nice bull. Going to look great on your wall!

Awesome! Congrats on a great bull!

Congratulations on getting it done on a great bull.

Nicely done! I loved the story. Congrats on an awesome bull!

Congratulations, that is a dandy bull! That hunt is getting to be a tough tough hunt, a lot of competition, plus cow and deer hunters! I'm curious who you used as a packer. My buddy had the archery tag and my son and father had muzzleloader tags, we thought we had a packer lined up until the archery season arrived and he wouldn't answer the phone or return our phone calls. Thanks and again, congratulations on a great bull!

LAST EDITED ON Oct-08-18 AT 07:21AM (MST)[p]It's certainly not as easy as it once was. I work with a guy who had the tag about 10 years ago and he was one of 5 tag holders then. There were something like 110 this year. Having said that, it's still a pretty big area. The only two place that I felt crowded at were Elk Mountain, and Camp Draw. I basically drove in then straight back out in both of those. Elk Mountain was the place where everyone who wanted to drive an ATV around for their hunt was, and Camp Draw was where everyone who wanted to ride a horse around for their hunt was.

I used Cottonwood Ranch. Jessica and McKenzie were great. Jessica always returned my calls and answered all my questions, of which I had a lot having never used any sort of packing/guide type service before. They were also really helpful on the actual trip, which was nice since I hadn't ridden a horse in about 15 years.

Thanks! That first picture was the "ATL". Pretty courteous of him to pile up in such a photogenic pose.
F 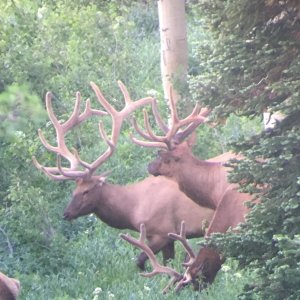 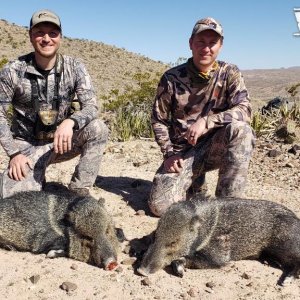 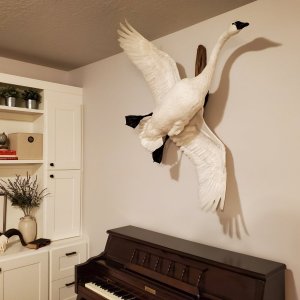 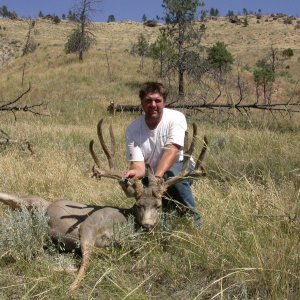 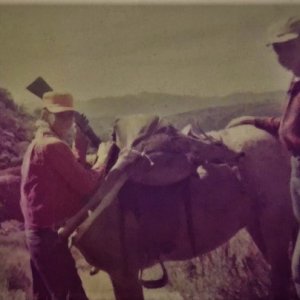 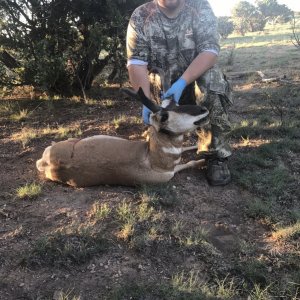 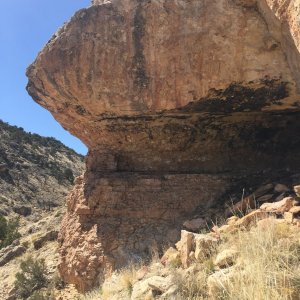 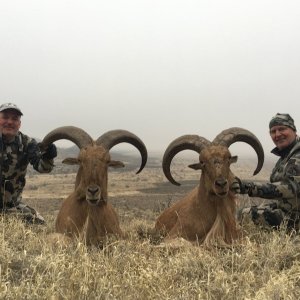 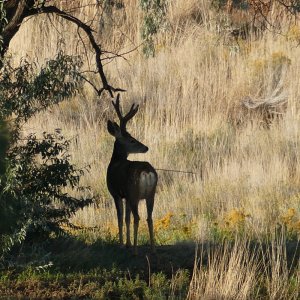 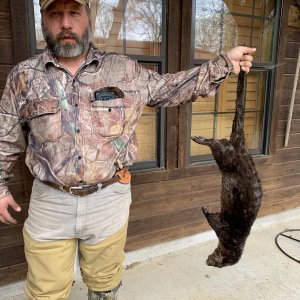 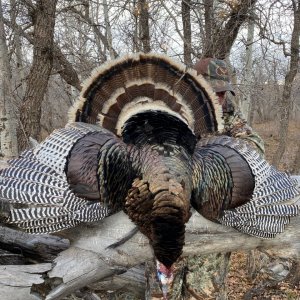