So about a month ago I got a call from the Utah DWR. Someone had turned in their Wasatch Mountain Goat tag and I was next in line. After some pondering I decided to take it. I proceeded to prepare as best you can with minimal notice, studied maps, received some great help from others on MM and UWC. The hunt opened September 10th, but I would drive out to Utah on the 13th, and hunt the 14th-17th. If I didn't get anything then return 2 weeks later. We had an area planned for fri, and a separate area for saturday and then would pick the best of those for sunday if necessary.


Here I am with my two boys starting the hike. We got a bit of a late start due to arriving in town early friday morning. My brother also was going with us. 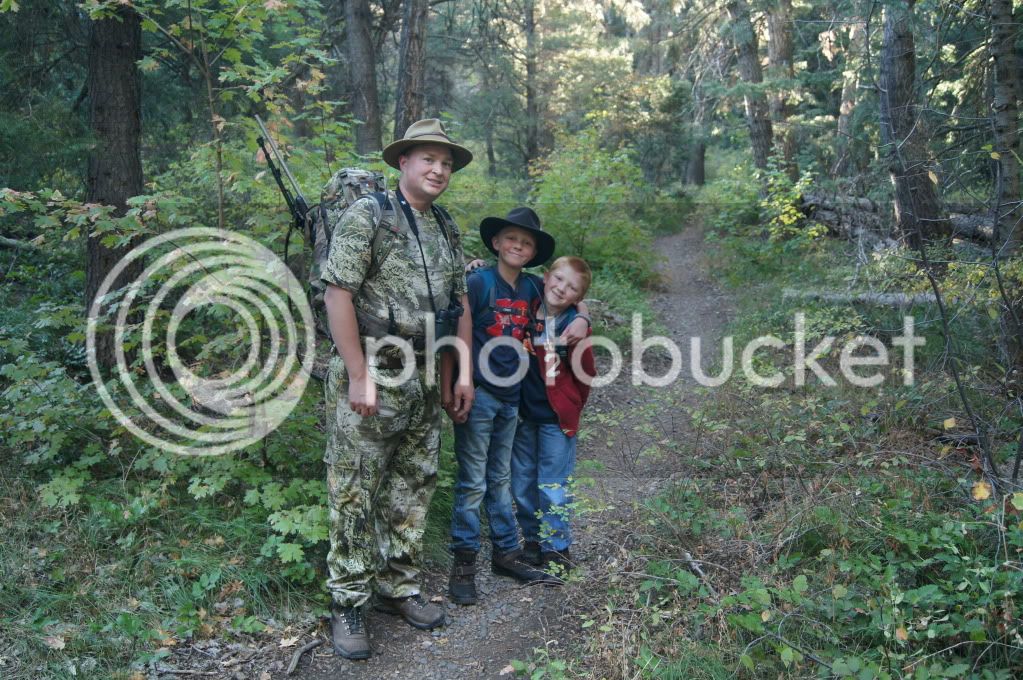 Hiking up the trail, it was all up! 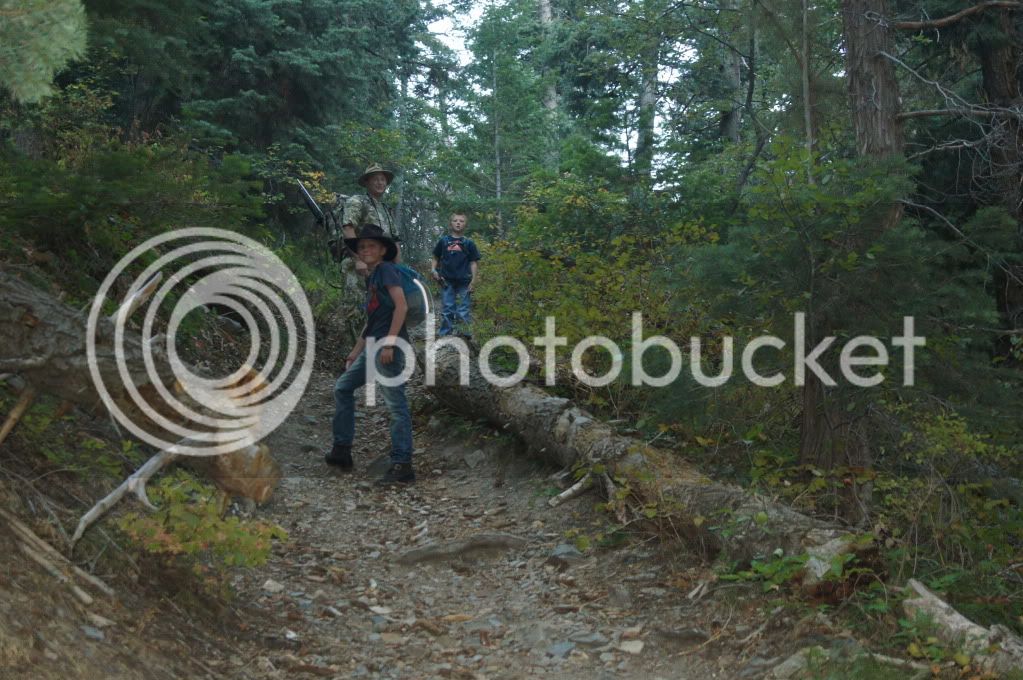 Around lunchtime we arrived at a good area to glass and decided that we would glass for a few hours. If we didn't see much then we would hike out and get ready for the next day so we could get an early start. 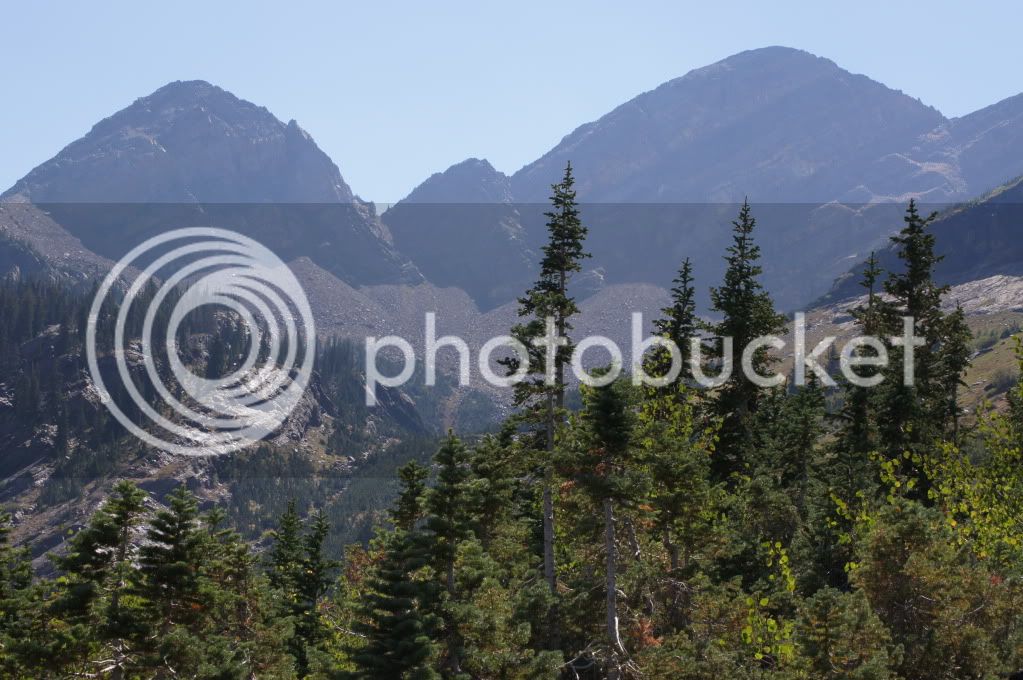 Then I spotted a goat at the head of the basin near the base of the cliffs. The white line near the middle of the pic is his back. We decided he was worth the hike so off we went. 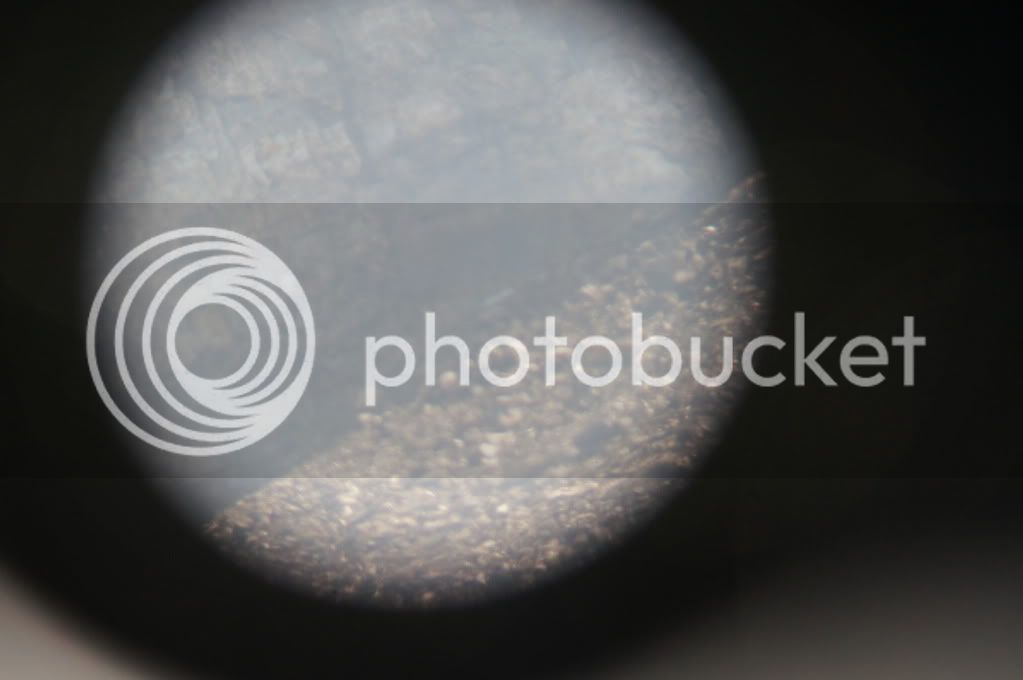 We had to bust through a bit of thick stuff to get to our chosen route. 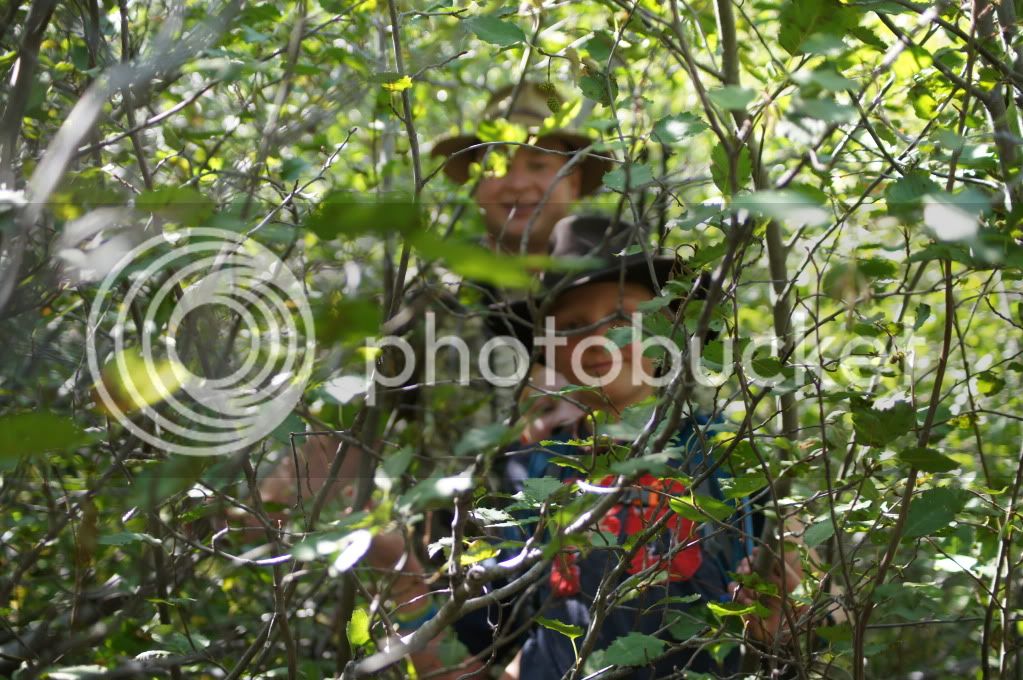 After several hours we closed the distance to a thousand yards. The goat is on a ledge, near the middle of the picture in right part of the light area of the main cliffs that is next to the rockslide. 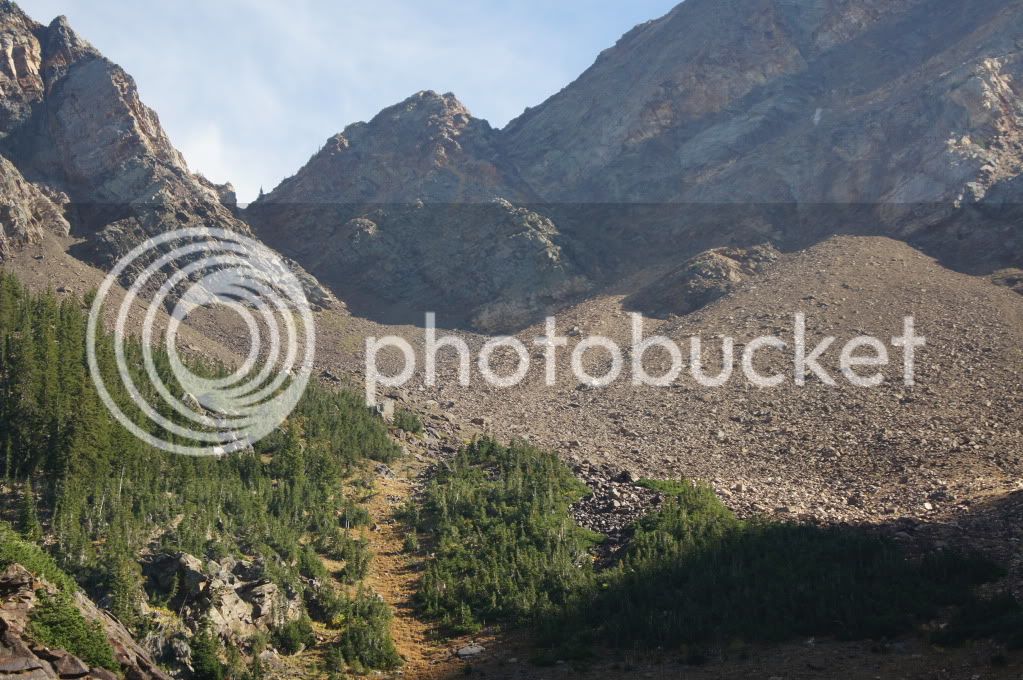 I left my brothers and boys and proceeded to hike up the grassy chute to hopefully get within a couple of hundred yards of the Billy from the top of the hill. When I arrived at my chosen spot, the goat on the ledge was still nearly 400 yards away. I am comfortable with a long shot like that but would have preferred it be closer. While I was pondering my options I spotted another billy that was about 190 yards. I decided that he was a nice billy and I liked the 200 yard shot much more than 400, and I wouldn't have to try and get him off a cliff! When I finally decided to take the closer Billy he had moved to about 220 yards. I placed the crosshairs on his front shoulder, took the shot, and he fell about 20 feet and came to a rest. 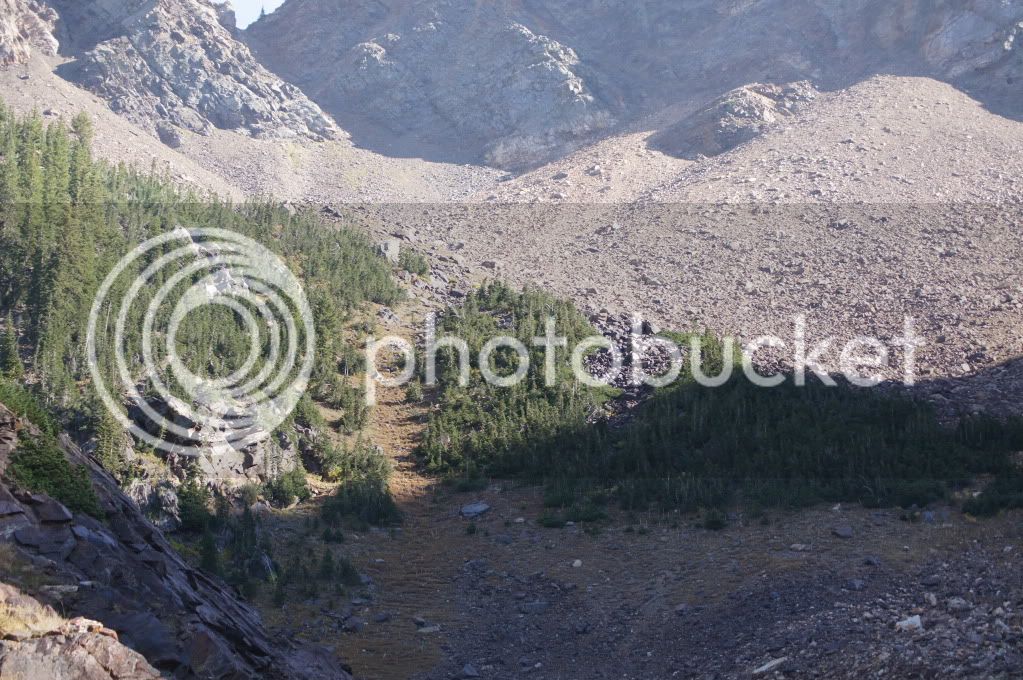 My hunt was over, we skinned the goat for a life-size mount, removed the meat, and got ready to pack out. I have to say that this converted me to the gutless method. It was very slick and I will be doing it again. 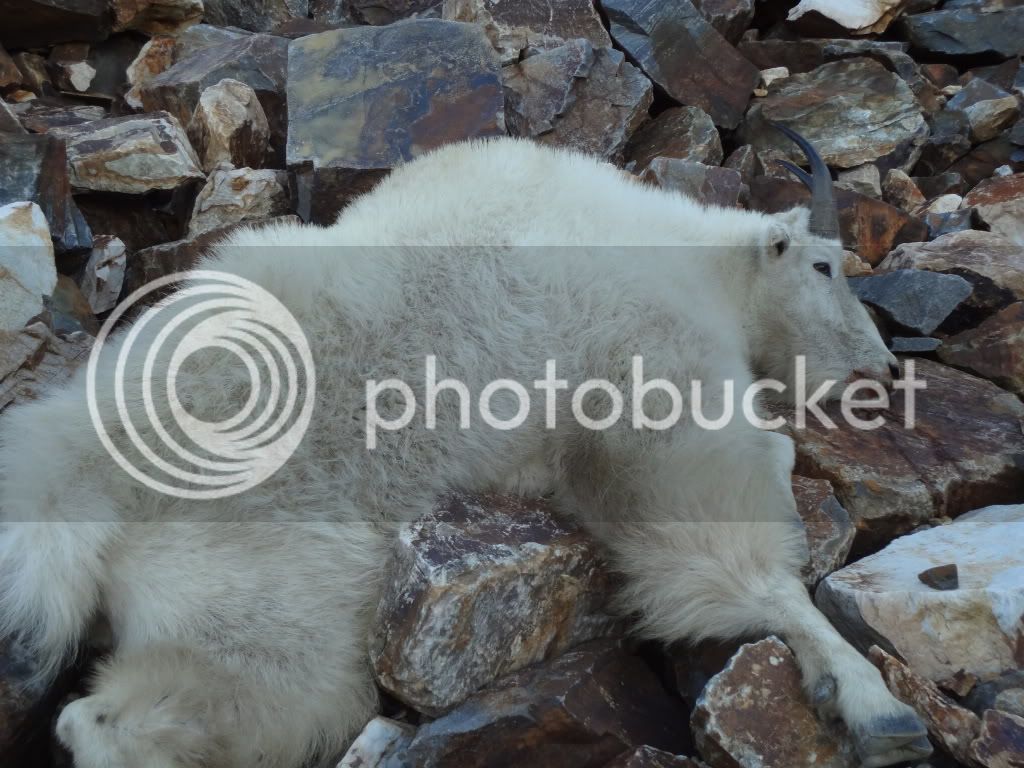 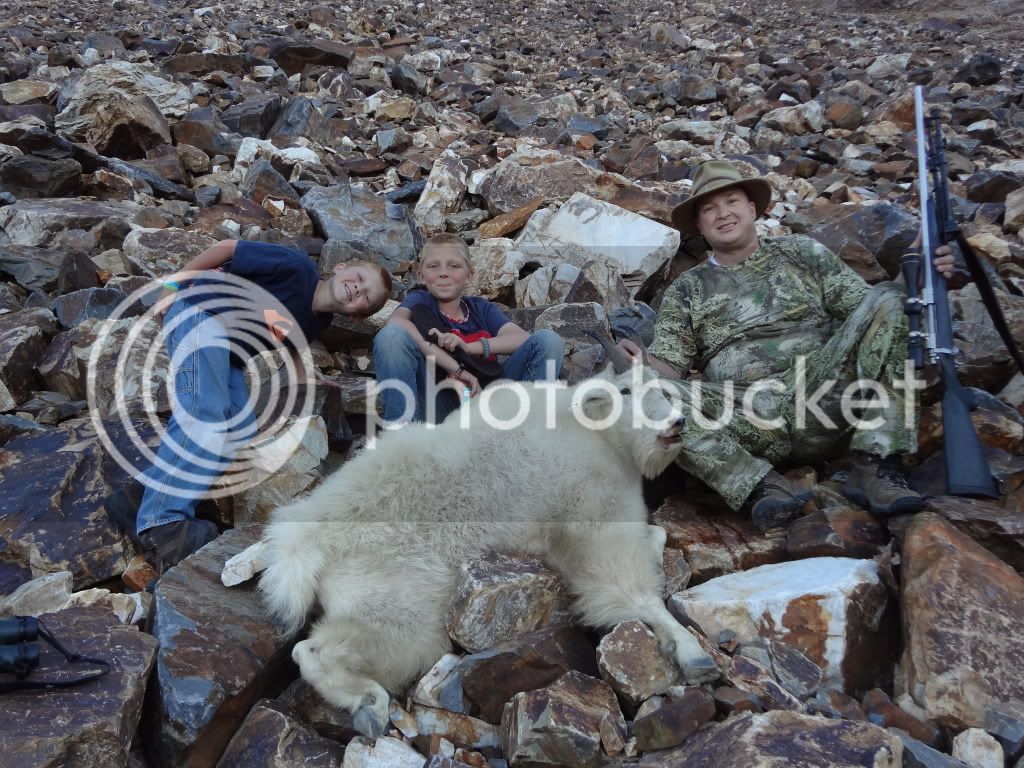 This is the view from the goats location. We started hiking out at 8:45 at night and got to the trailhead at 3:30 am. We were all completely worn out and glad to be done hiking. 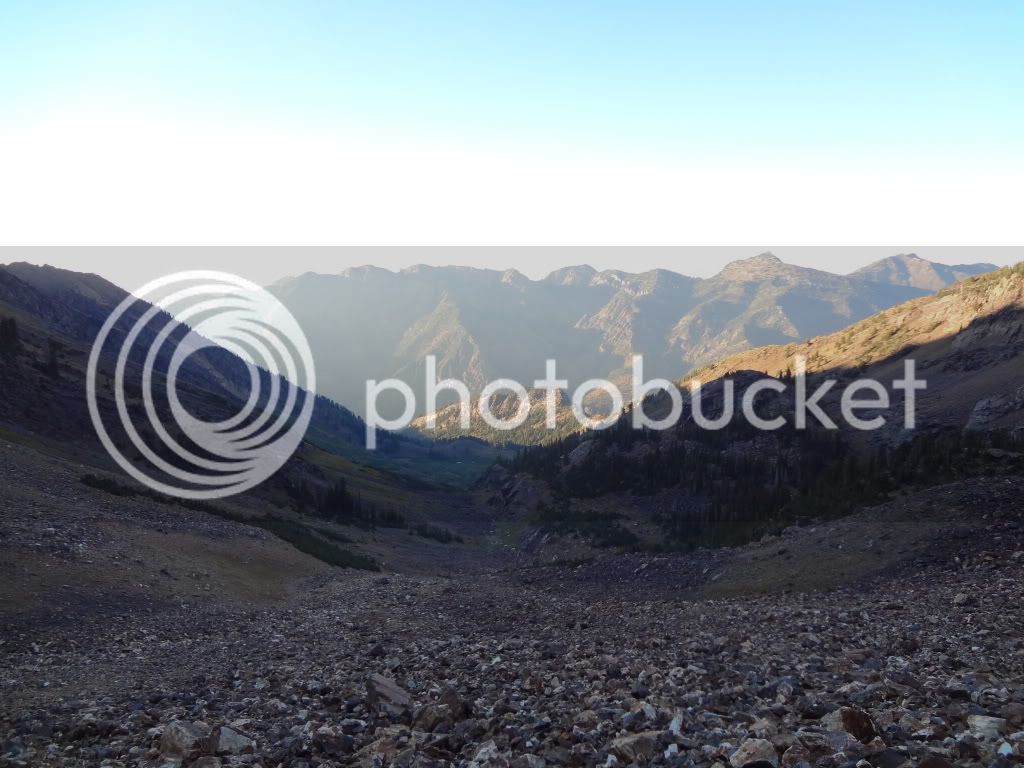 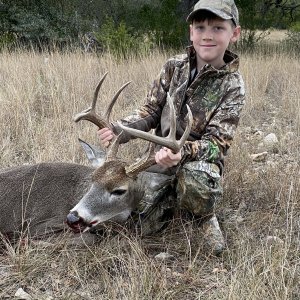 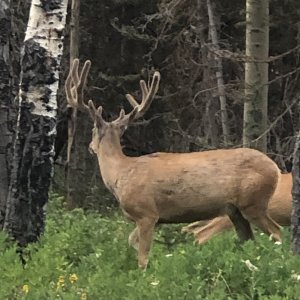 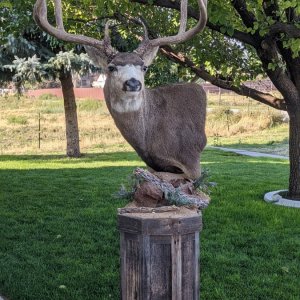 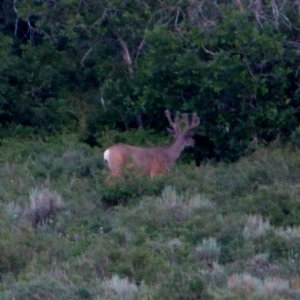 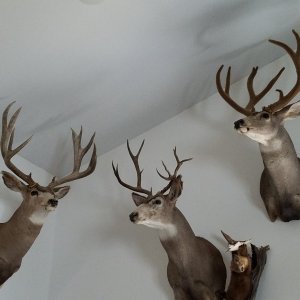 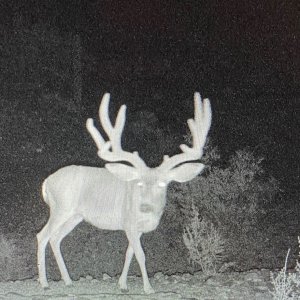 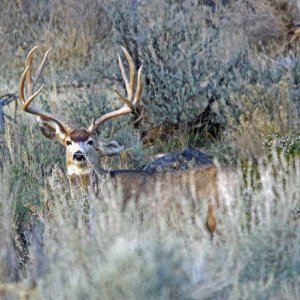 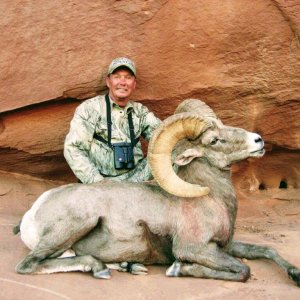 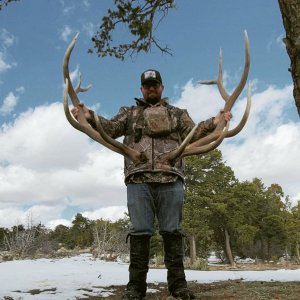 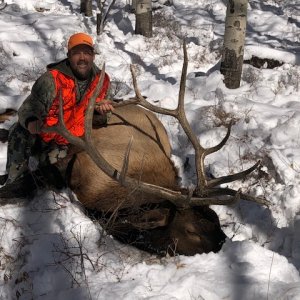 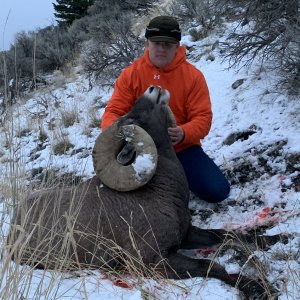 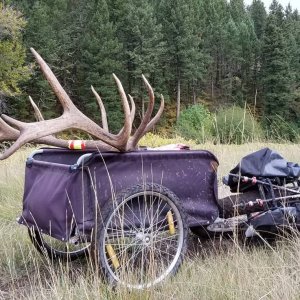