After the NM draw results came out and I had not drawn a single tag, nor had anyone in my hunting party drawn a single tag, I was sure happy I had made the decision 3 years ago to start buying AZ points. So with 3 points in hand, I did my research for an AZ Coues hunt.

After being somewhat obsessed with Coues early in my life, that obsession has cooled down a bit in the past 10 years. My last Coues tag was 2017. My goal was to get a tag in a new unit, hunt my favorite type of terrain which is the grassy/oaky hillsides and to get the late Nov/early Dec hunt to avoid the potential heat waves that sometimes happen during the Oct and early Nov hunts in Southern AZ. With that in mind, I found a unit that fit that criteria and it took between 2-3 points to guarantee a tag the year before. Luckily with the research done, I was able to draw the tag.

After making 1 quick scouting trip to the unit and doing quite a bit of e-scouting, I had some good camp spots and places to hunt picked out. My Dad and I headed down on Sunday morning with the plan to come home the next Sunday, giving me 6 full days to hunt.

Everyone was asking me what my expectations for the hunt would be and what kind of buck I was willing to take. Truly I had no expectations, really all I wanted to do was hunt a while and not fill out too early if possible as I love hunting these deer. Of course if the big buck showed up early I would take him, but if not I wanted to do a lot of glassing and hopefully be able to pass on some small bucks early on and fill my tag with a decent buck when it was all over.

Well, I definitely got to do some hunting! After 2 hard days of hunting from daylight to dark, and countless hours behind the glass without even a nap, I had only turned up 14 Does and 4 Javelina. Not a single buck. Looks like it was shaping up to be a tough hunt with filling a tag a challenge.

As I was picking apart the north facing oaky hillside around 10 am, I noticed a white spot. I figured it was just a part of the tree trunk. As I studied it more, I noticed what looked like to be an antler with 3 points right behind that white spot. Nah, must be a branch. Well, after about 5 min of staring, that white spot finally moved and turned out to be the inside of an ear! Then a few minutes later the head turned and I could definitely see it was a decent buck, the first one of the trip!

The range was 565, way too far for me. There was a small hillside between me and him, that should put me between 375 - 400 so I made my way there. When I got there, I threw up the binos and could still see the buck standing there. The range was 410, but not a good place to set up. As I looked down the hillside, there was a rock pile about 25 yards right below me. I made my way there and quickly set up. Before setting up I looked again thru the binos. I couldn't see the buck from here because a bush was obscuring my view after moving the 25 yards down. I wasn't worried, I figured the buck would eventually come out to an opening. I got set up and waited, and waited, and waited. Well, I ended up waiting there all day and never saw the buck again. Several Does came out, but never saw him. I moved slightly around throughout the day trying to get a different vantage or angle, but never turned him up again. Obviously he snuck out on me sometime that day.

Hiking back to the truck that night, I decided I would come back to that area. I was seeing more deer sign and had seen 9 deer that day as well, including the buck. Luckily I would also have my best friend Jim joining me, he and my uncle were driving in that night for the rest of the hunt.

Morning of the 4 day, Jim and I were only able to turn up 4 Does and a spike. Around noon, I made the decision not to climb a big hill to look into the next canyon but instead just work the north facing slopes of the canyon we were on, slow and methodically all day. We would stop and glass for 45 min to an hour, move about 100 yards and do it again. Thinking that there had to be a buck somewhere in these thick trees.

Around 3:30, no new deer had been spotted. Jim called me over to take a closer look at a dark spot that looked suspicious. Like many other times in the day, it turned out to be just a log. However as we were staring at it, Jim says, "Oh, there's a deer right behind that spot." It was up feeding and it didn't take us long to see it was a small 4X4 buck! I made the decision right then that I wanted to try to fill my tag with that buck. My 6 day hunt was looking like it was going to become a 5 day hunt with heavy rain expected in 2 days. Besides, it's only the 2nd buck I've seen in 4 days of hunting and as everyone knows, I'm not really a trophy hunter anyway. haha

The buck was 470 yards, still outside my comfort zone. But once again, there was a hill between me and him that should put me around 330-350. We picked out a dead log laying on the ground on that hill and made our way over there.

When we got there, as usual the place where we seen the buck looked different. The angle change had made it look more brushy and the small lane we saw the buck in before had vanished. We were picking apart the brush trying to find the buck when I hear Jim gasp and say, "THERE IS A MONSTER BUCK!" He told me to look in the grass right above the bushes we had been staring at. It took me about 1 second to find him bedded in the grass just his head and rack sticking up. OMG, he looked huge and my heart starting jumping out of my chest!

I set up a rest on the big log we picked out. It was fairly steady except for the gun barrel jumping every time my heart pumped. haha It was 4:00 with about an hour and a half left of shooting light. Surely he would get up soon. Well, we sat there for an hour! During that hour the buck sometimes would lay his head down to sleep and completely disappear. Jim also found another small buck bedded in the bush just to his right. Also during this hour Jim would periodically say how big he was and that he had drop tines! I told Jim, no he doesn't. I knew that he did, but was trying to make him out to be smaller in my mind incase I screwed it up! lol

5:00 rolled around and I was starting to get worried this buck was going to wait till the cover of darkness to make his move. About that time Jim says, "The small buck is up!" He stood in the open completely broadside. About that time another small buck stood up from the bush to the left of the big buck, also completely broadside. The big buck however, stayed bedded.

5 more minutes passed, still bedded. Getting darker and the buck was not looking so bright in the scope by now. I turned back to look at Jim to see if he thought maybe we should holler or something to get the buck up when he says, "HE'S UP!" I quickly turn back around and look back through my scope, he's up quartering away. At this point, I somewhat panicked. I had spent this last hour trying to calm myself down and focus on making the shot, but that all went out the window when the time came. lol I should have waited for him to turn broadside, but was afraid he would move directly away from me, walk 3 yards to the nearest bush and not give me a shot. So, I tried to make the shot quartering away.

After the shot Jim says, "Missed, just high!" The buck ran down the hill about 15 yards and stopped looking back at where the bullet had landed. He was facing towards me this time. At the second shot Jim says, "Just right!" I wrench the gun and cussed at myself again. Well, the hunting gods were on my side this day as the buck went another 10 - 15 yards down the hill and stopped right before the thick bushes in the bottom of the canyon giving me one last shot. Again, he was facing toward me looking back up the hill. This time I heard the all familiar thump and saw the buck nose dive down the canyon! I couldn't believe it.

By the time I got over there, light was very low and I was concerned I might have a tough time finding him. Worse yet, we didn't know exactly where the shot hit him so I was hoping he was completely down. Well, it took all of 3 minutes of searching as the big rack stood out above the grass! I couldn't believe it when I walked up to him. I knew he was a big buck but not this big! I was overwhelmed with emotion at that time, mostly grateful. I had almost screwed it up and let this once and a lifetime Coues get away.

5 days later and I'm still in total shock! All I can do is thank the good Lord for this hunt, my best friend Jim for being my guide and Arizona for allowing me to get a chance to hunt the state that holds these special Deer! The obsession might be back 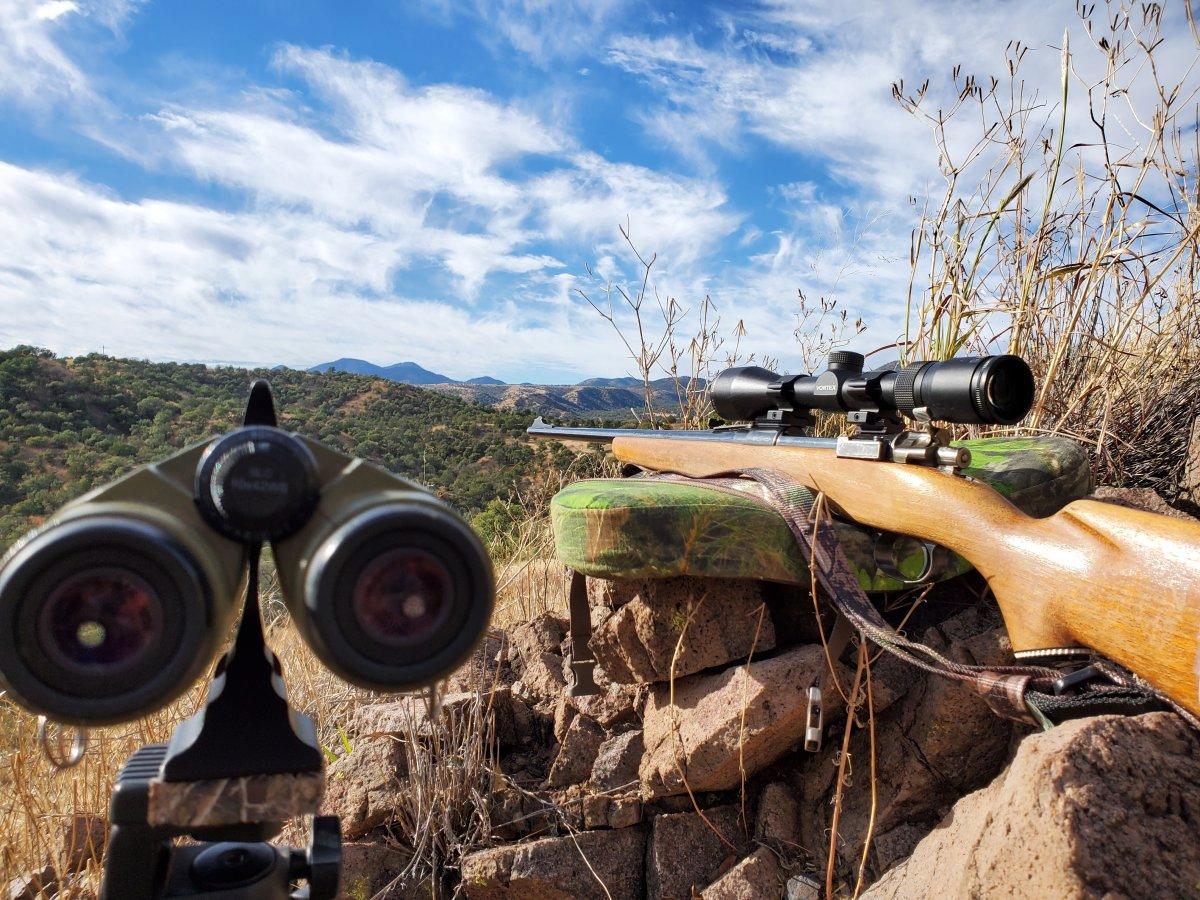 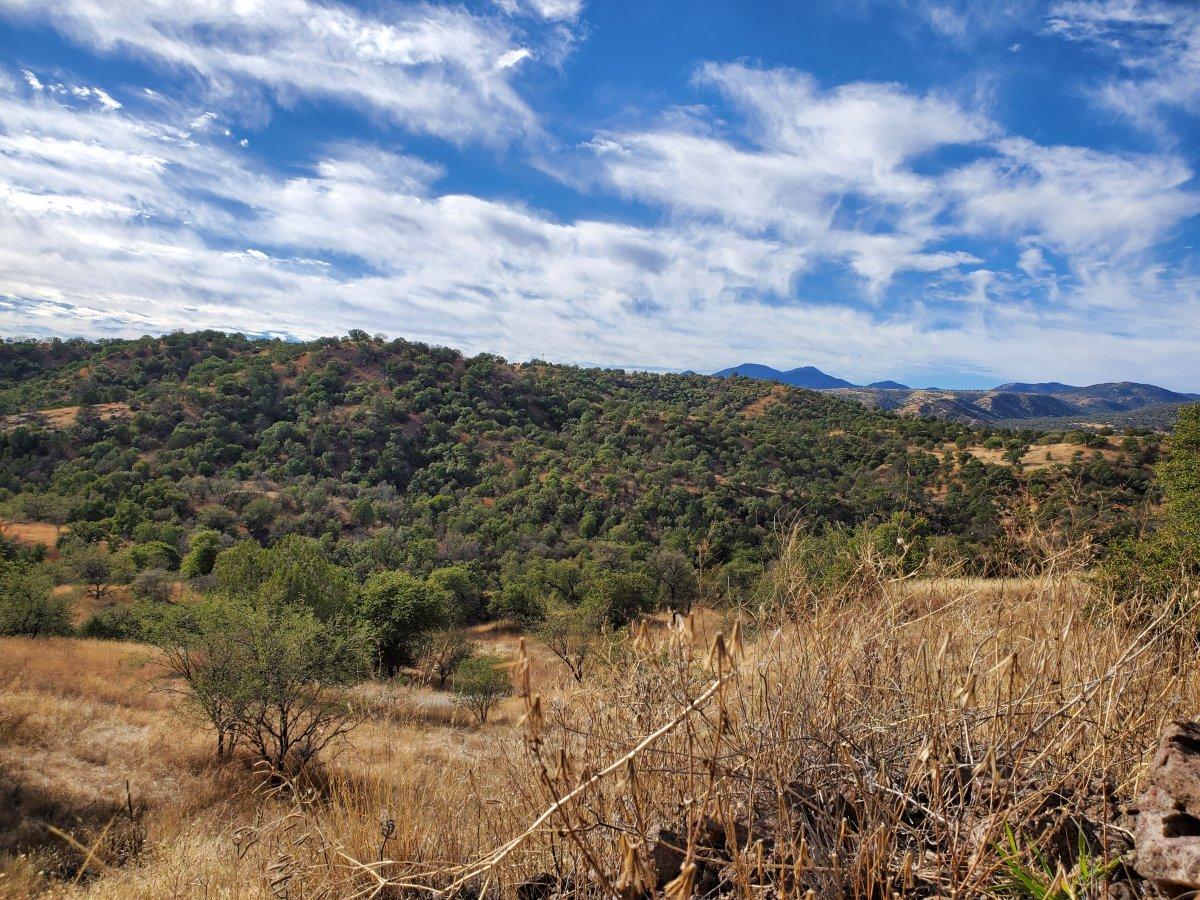 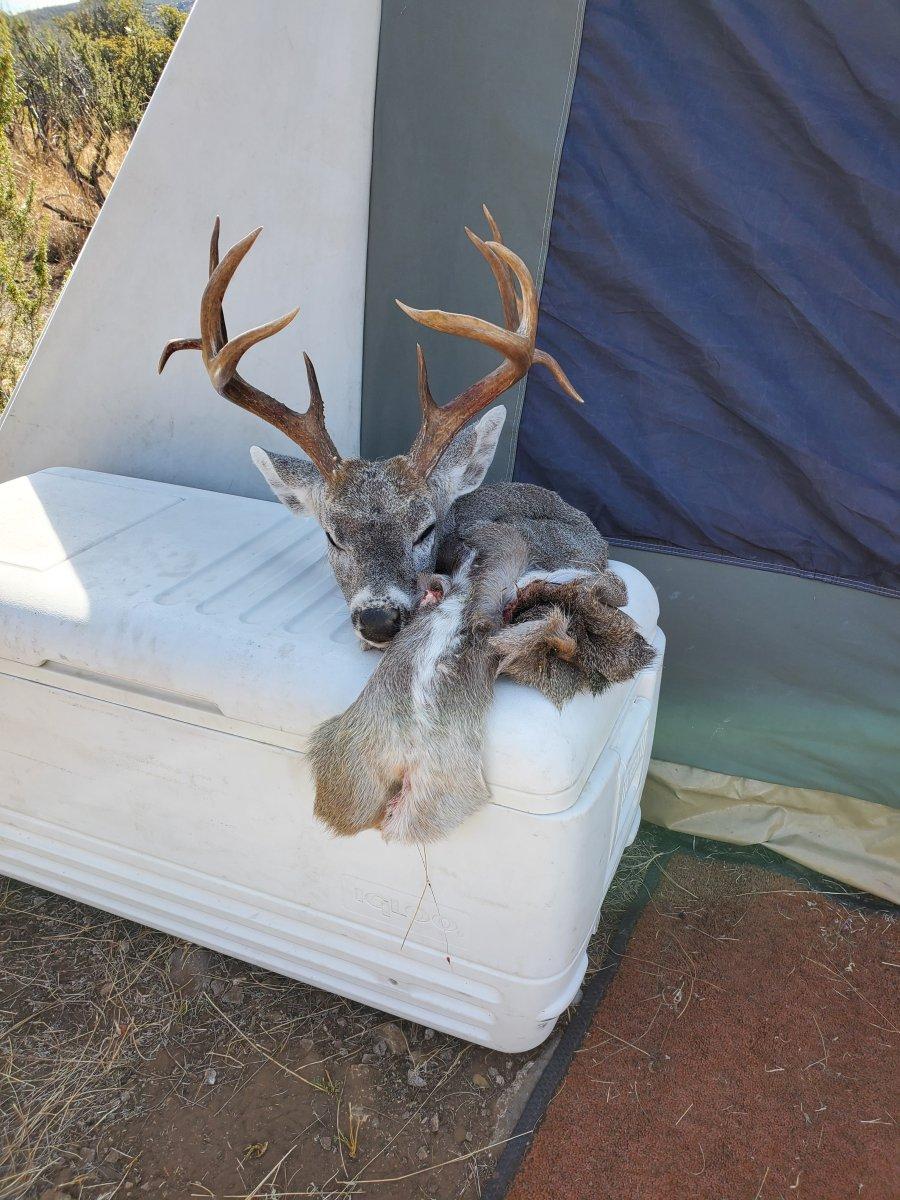 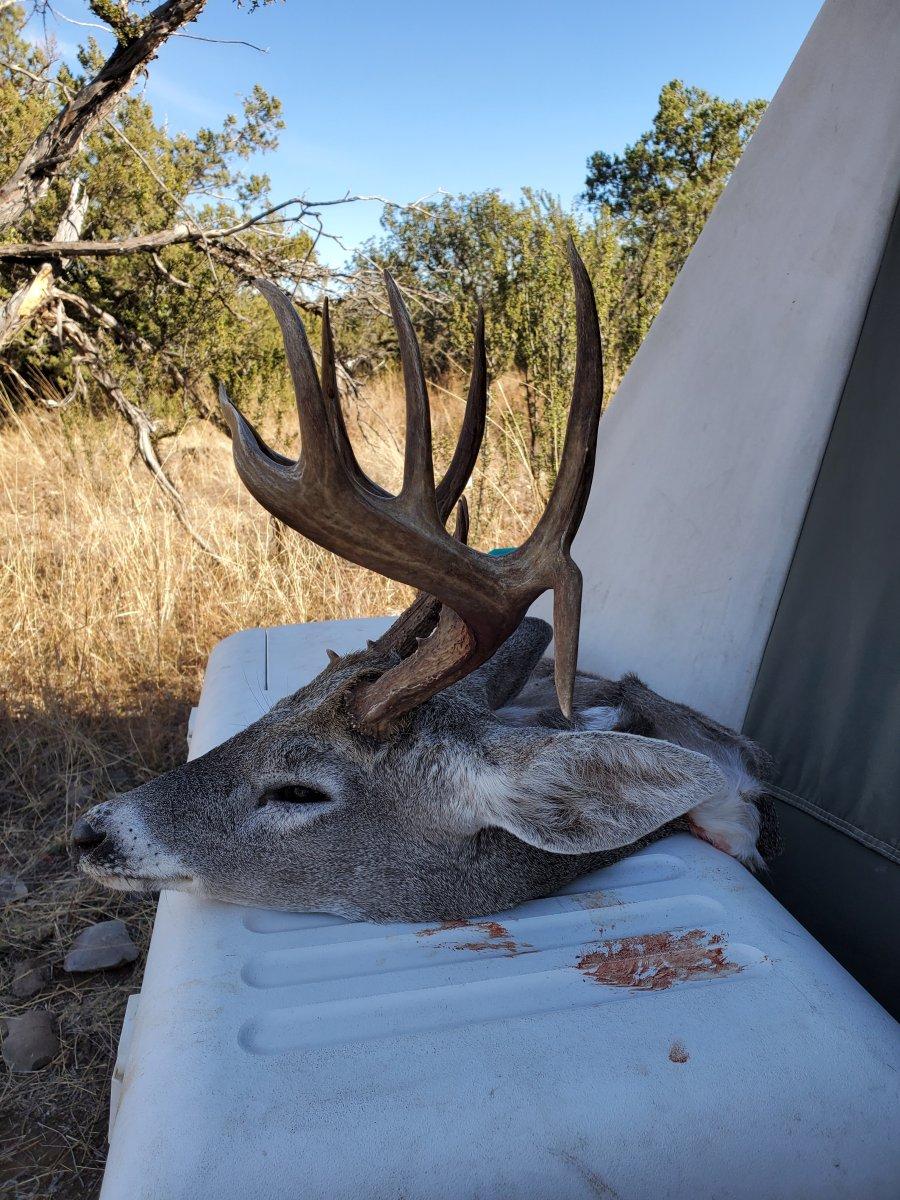 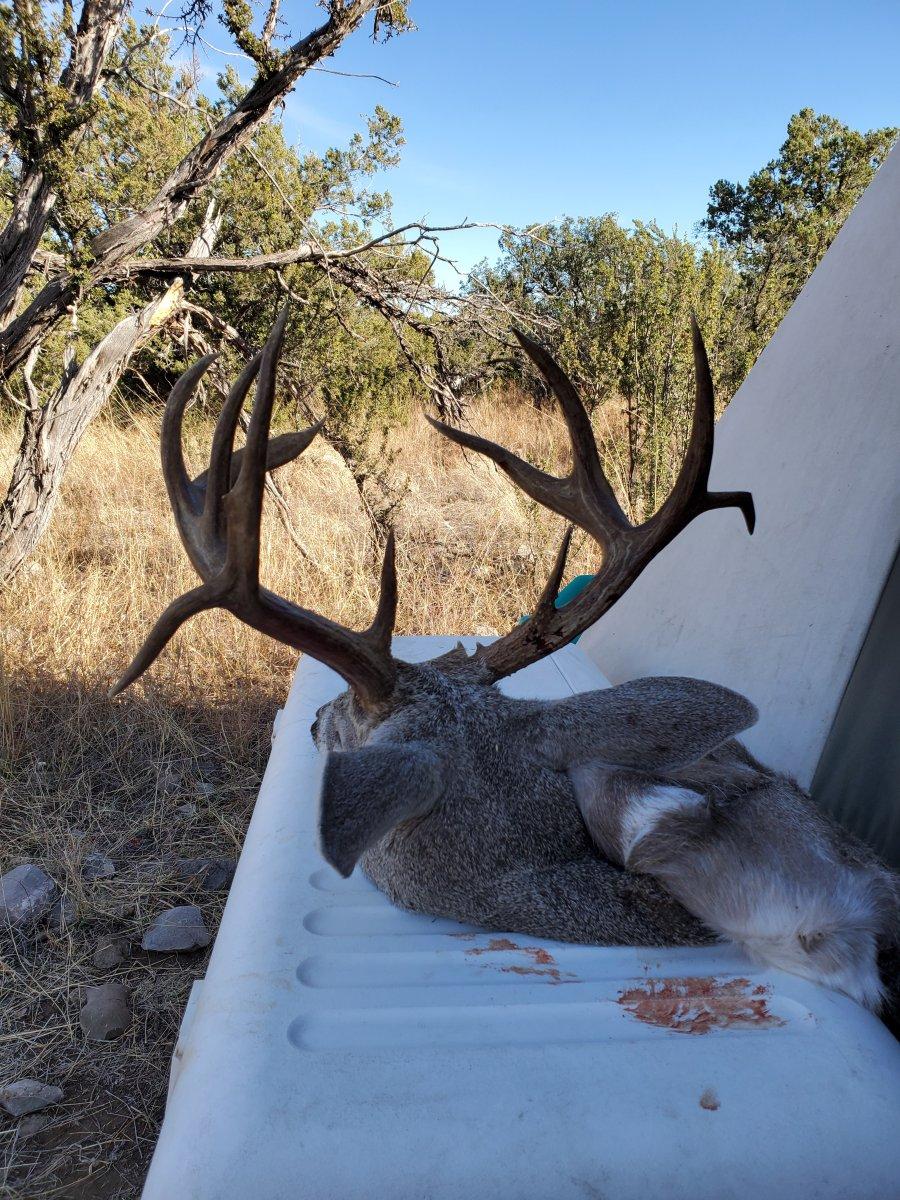 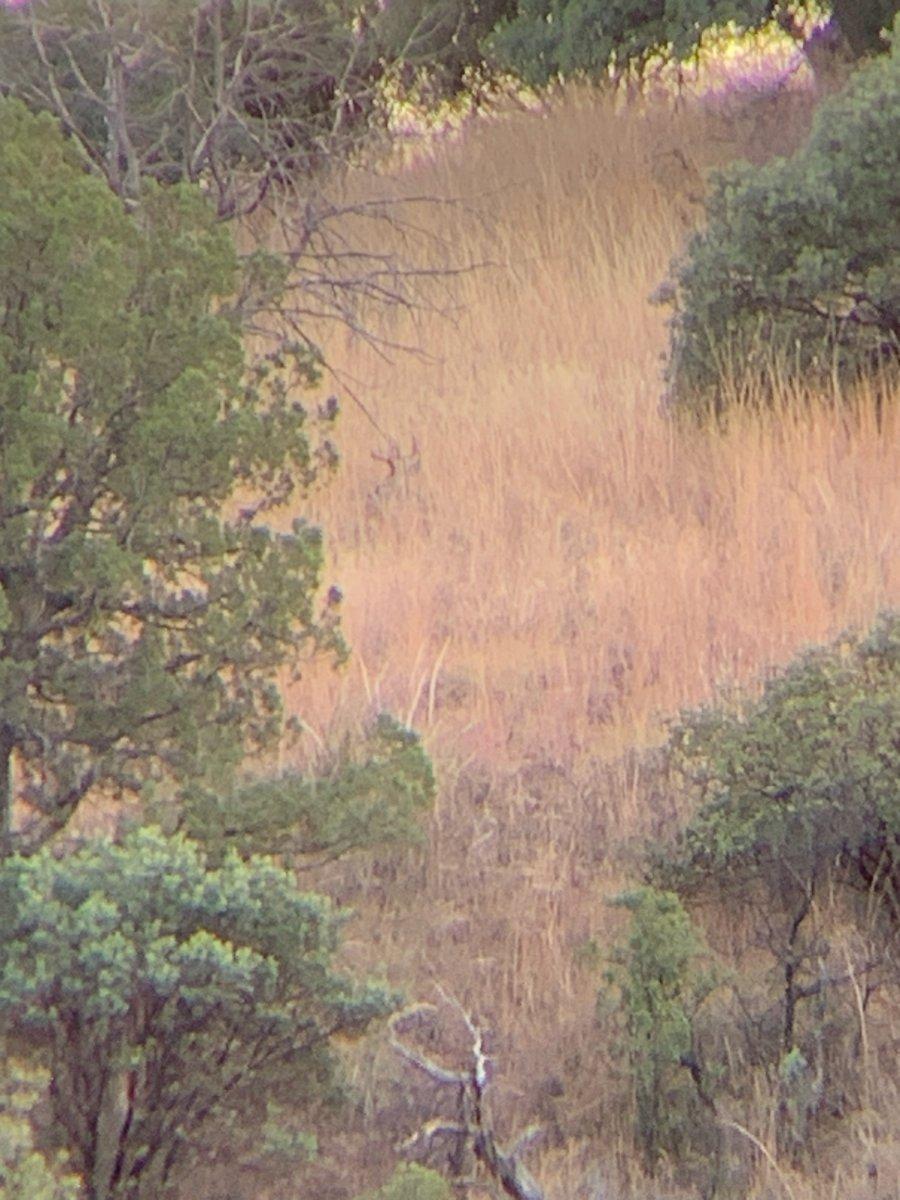 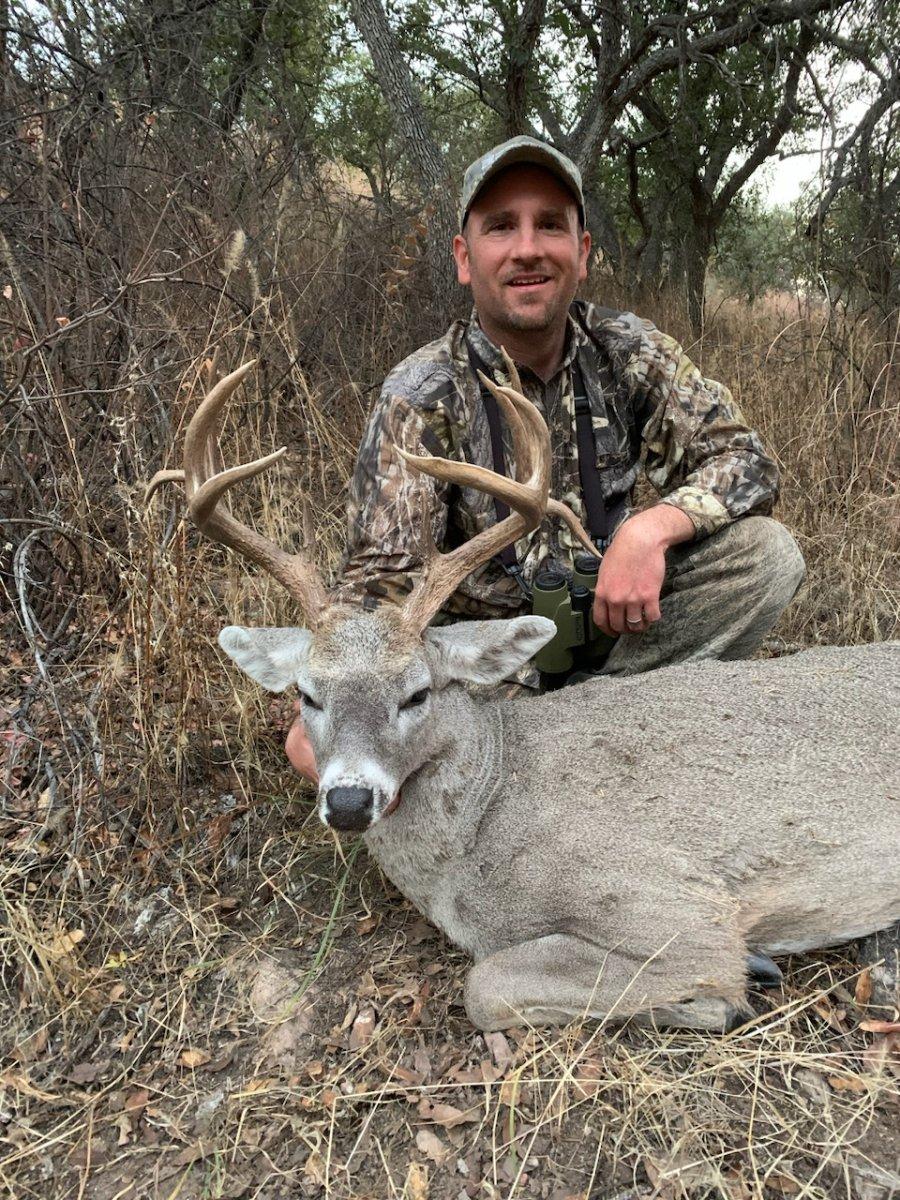 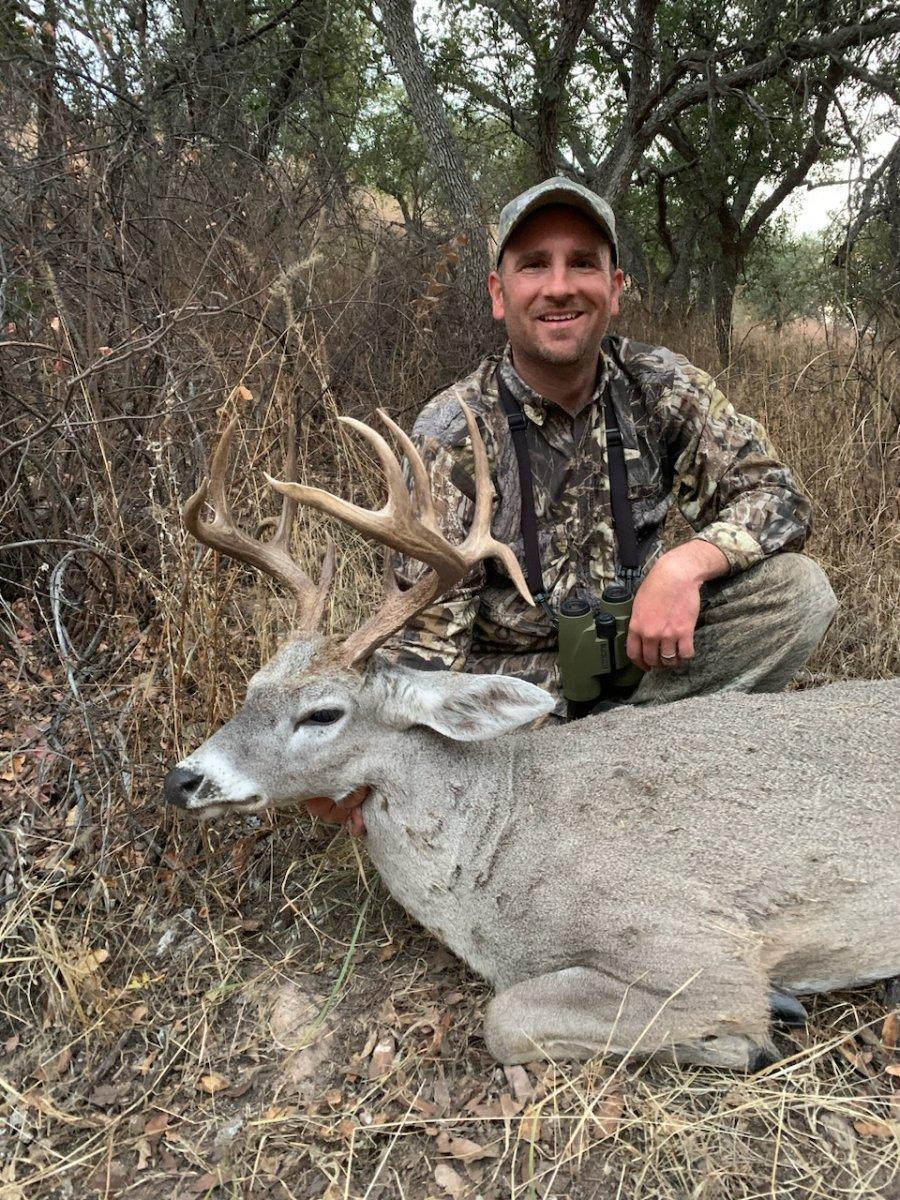 Travis,
Great write-up and story. Congratulations on an incredible buck as well!

What a great story! congratulations on a great buck! Say hi to your Dad for me!

What a monster! Buck of a couple lifetimes for sure!
C

Man that is one awesome story. What a stud buck. Way to go.

Dunno how I am just seeing this. What a great deer. Huge congratulations!! 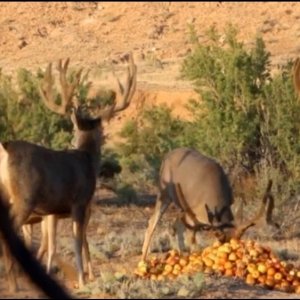 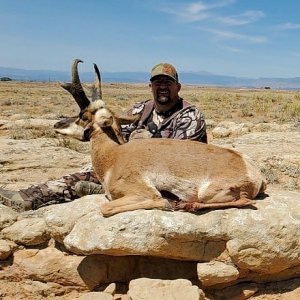 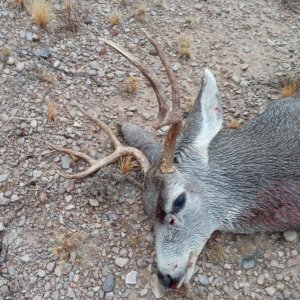 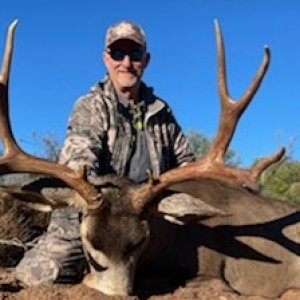 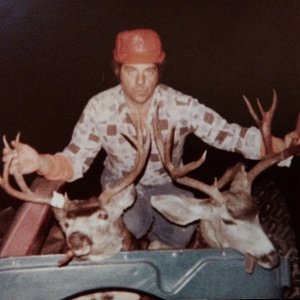 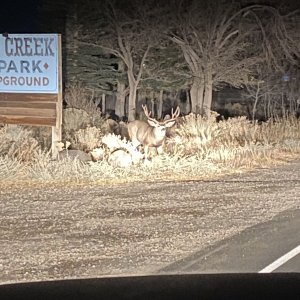 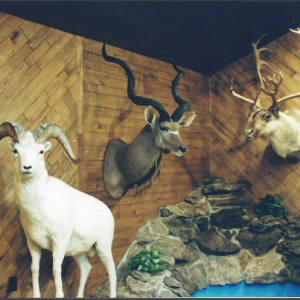 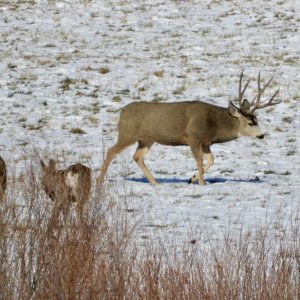 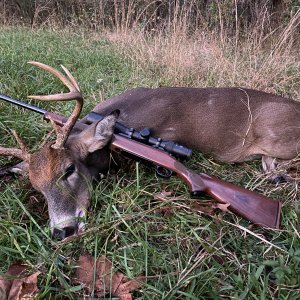 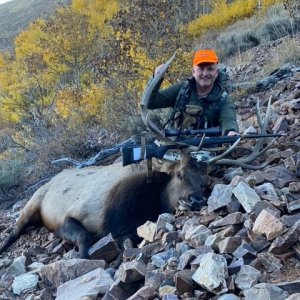 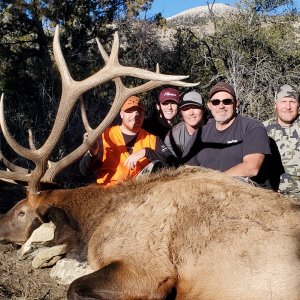 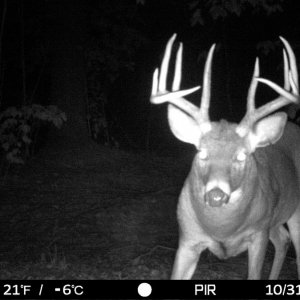