My son put the smack down an a big old bruiser yesterday. He's been after two different bears all season based on their tracks and sign. He got a glimpse of one of them during deer season, but couldn't get a shot. A few weeks ago all he could come across was fresh sign, but now bear. He decided to give it one more try this week and just as he was about to call it a season he said "after all of time I've put in, is it really too much to ask for me to see a bea..." and out he came very intent on feeding his face. Unfortunately, he rushed his shot and the bear decided to make a run down hill....a very long ways downhill in very steep terrain. He found him and 3trips and 6hrs later had him up to the road. His top canines were wore down to nubs so he's an old bruiser. 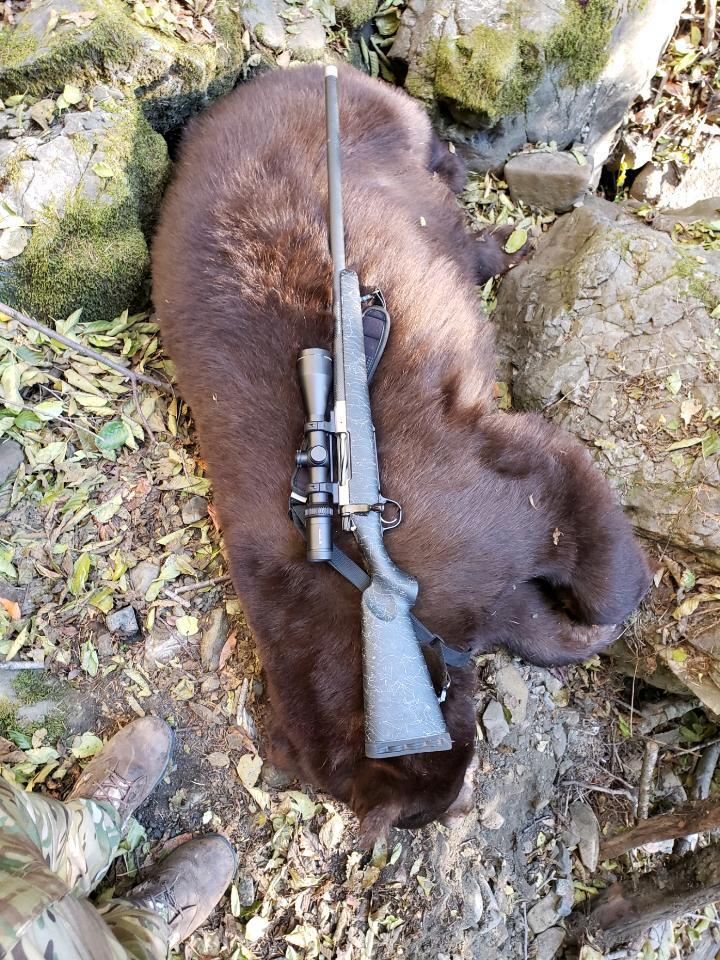 Good deal! I’m still out looking on the weekends too.

He just got himself a great bearskin rug out of that bear.

Thats a yogi for sure.

Cool, cool. Congrats to him.
H

awesome congratulations cali bear populations are out of control
B

That is a beauty!

Great bear, love the coat! If I ever shot a bear I would want one in that color phase. Congratulations

I like big bears, He’s got a lot of fat on him and a beautiful hide
2

Congrats ! This is my color phase Bear skin on the wall , gives you an idea of what you got . 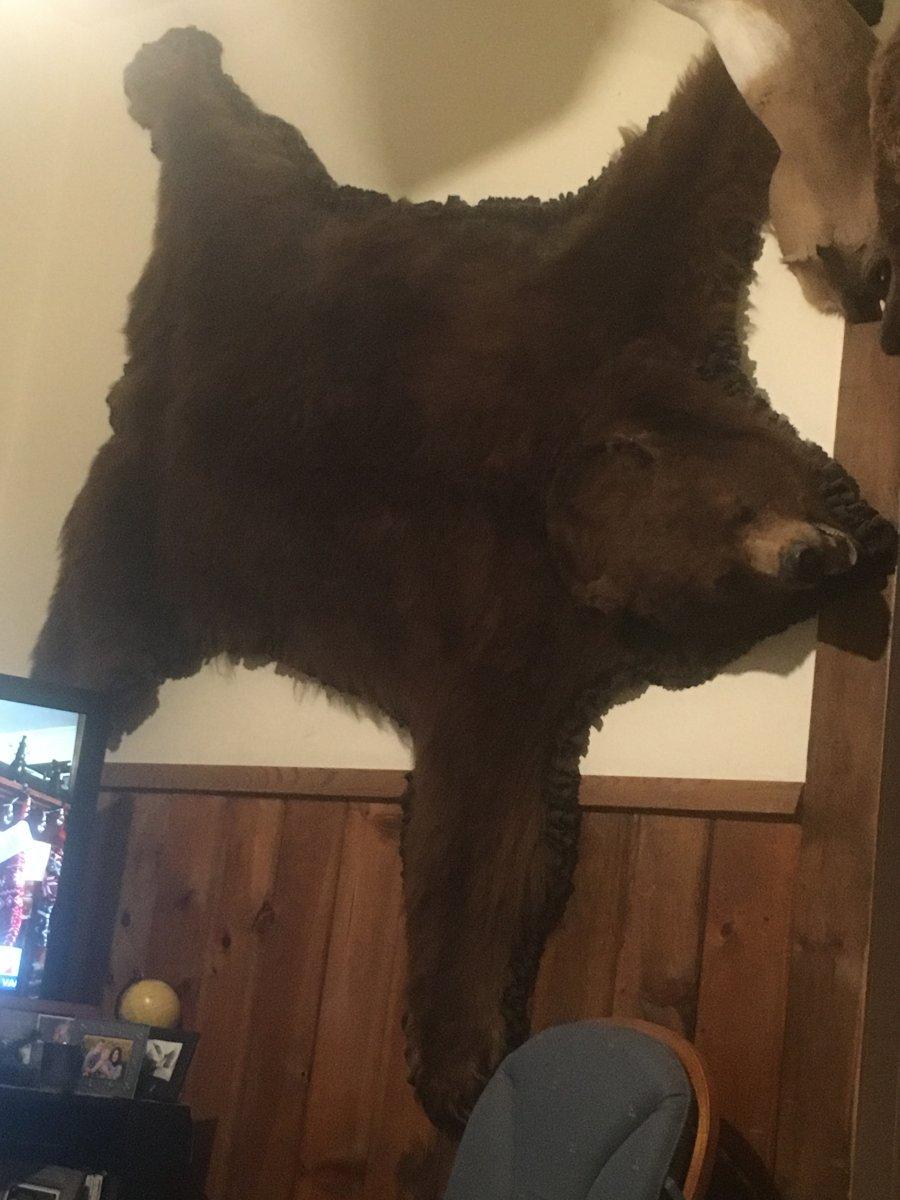 Really nice bear, Congrats! Great job on keeping at it.

Added a pic for you of my bear rug (on the right) and an old friend's. Both Sierra bears. 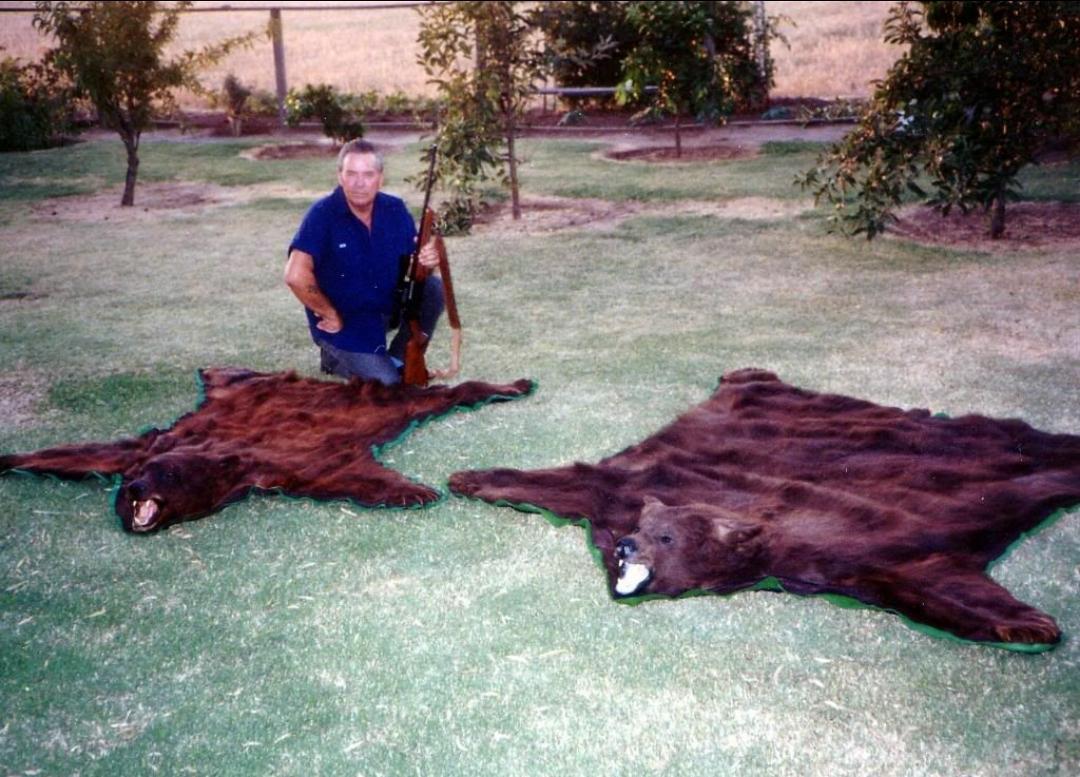 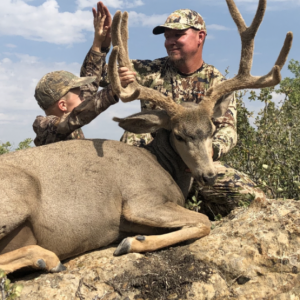 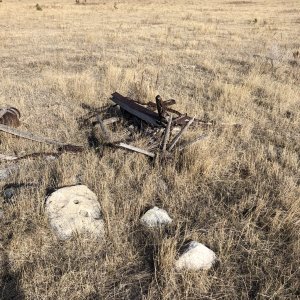 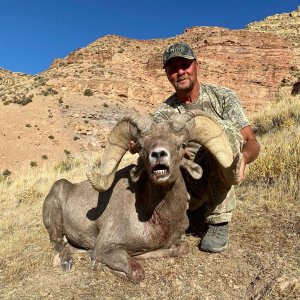 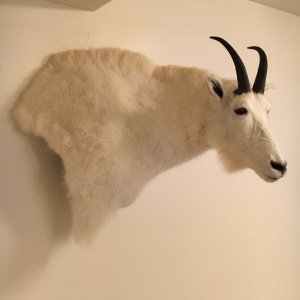 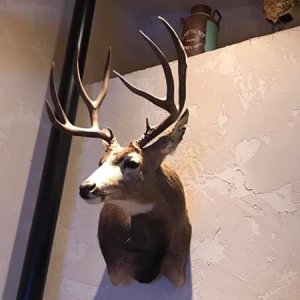 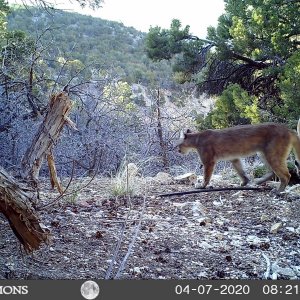 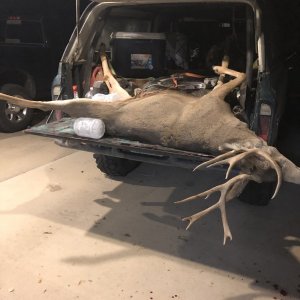 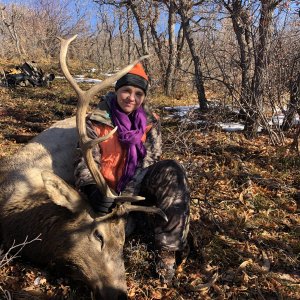 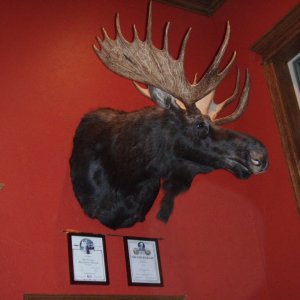 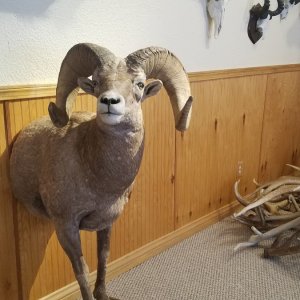 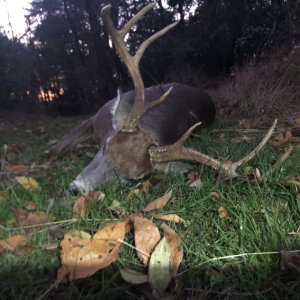