From Rifle to Bow

Like everyone does, I put in for a limited entry hunt with the expectation that I will not draw a tag for at least a few years. Especially for my first year putting back in after my waiting period from my 2009 rifle hunt in the Book Cliffs. The result of that hunt: 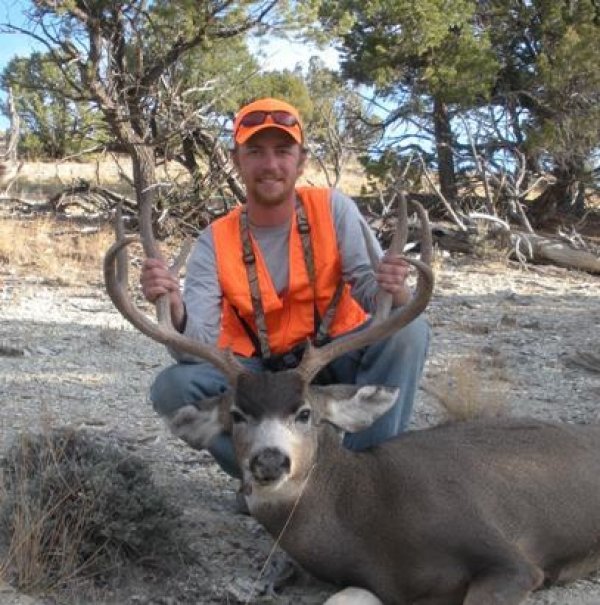 This year I decided it was time to start using my bow instead of my rifle, and having a baby due in the middle of the rifle hunt helped to really make the decision to switch. So my plan was to join my mom's side of the family with my bow and hope for a tag on the Manti unit. From when we put in I started planning with my cousins for the hunt as if we already knew that we had the tags. We were planning on when we would be going camping/scouting, getting together to practice shooting and everything that goes with it.

Finally May came around and I started looking for the card to be charged. I think I was looking every hour waiting for the $35 charge confirming I would be hunting Manti with the rest of my family. I was looking for that $35, not even looking at the name of the charge, just the amount. It seemed that $35 was never going to show up. Suddenly there was a $75 pending charge, which was strange, it only was $55 to fill my truck that morning, so what was this extra $75? Then I looked at the name of the charge, and I swear my jaw hit the floor. Could it be true? There was no way this was really happening. My heart was racing as I opened up the Big Game Proclamation to confirm what I was sure was a mistake. Sure enough, as the name of the charge confirmed, the charge was not for a general deer tag, but was for a Limited Entry tag! The whole office heard me shout, I was sure of it. I stared in disbelieve for a few minutes not knowing what to do. Who do I call first? Not wanting a repeat of when I found out I was an alternate on a elk tag a few years ago I knew I had to call my wife first. Here is how the call went:

me: "hi. so are you ready to go camping this year?"

me: "Because the credit card got charged for the hunts"

wife: "So we will be camping up Manti a few times this summer?"

me: "nope. We will be heading back out to the Book Cliffs!"

me: "It means that I drew the archery tag with 0 points!"

Ok, so that my not be the exact conversation, but it is how I like to remember. The important thing to note here is that I called her first this time. So next was to let my dad know. That conversation when a little different. I think he called me some names and said something like "how the hell are you so lucky" or something like that. At any rate he was excited to go out scouting again. There were similar calls made to the rest of the family to let them know I would not be joining them in Manti this fall.

During 2009 we went out to help a friend scout for his archery hunt and we were amazed at the amount of bucks we saw just driving the roads on top. Not every buck was a giant, but almost every deer was a buck. Big or small, I have never seen as many bucks as I did on that trip. It was to the point that if we stopped and looked at every group of deer, we would have only gone a few miles down the road. It was then that we developed the strategy of "speed scouting." If one of us stopped, we knew there was a good buck in the group, otherwise we would just pass them by. It truly is a unique place, that is for sure. Plans are made for the hunt, and the first scouting trip is set for this weekend, I am truly blessed to be able to get to experience this area with another tag in my pocket.

I will update after the first scouting trip.
H

Had the chance to get out and do a little scouting this weekend. I almost forgot how long the drive was. We didn't leave until later than we wanted to and arrived in the dark. We found a decent spot and hit the sack. In the middle of the night we were woke up by a downpour. Man was I glad that dad decided he wanted to take his 5th wheel and not my tent.

Saturday morning we woke up and hit the hills. We spotted several deer right off the bat. Lots of smaller bucks, with a few respectable bucks mixed in.

Here are a few of the highlights: 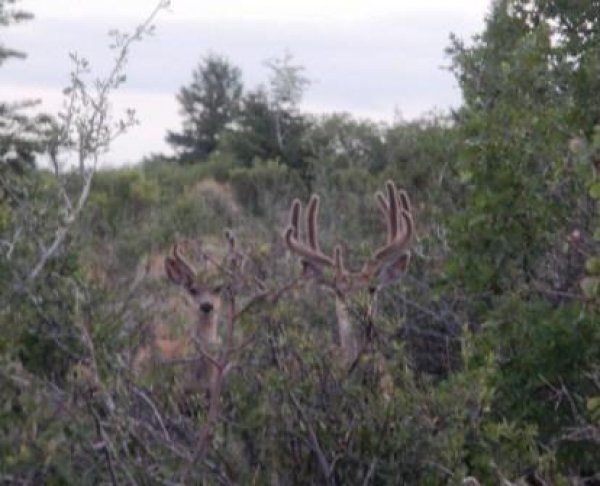 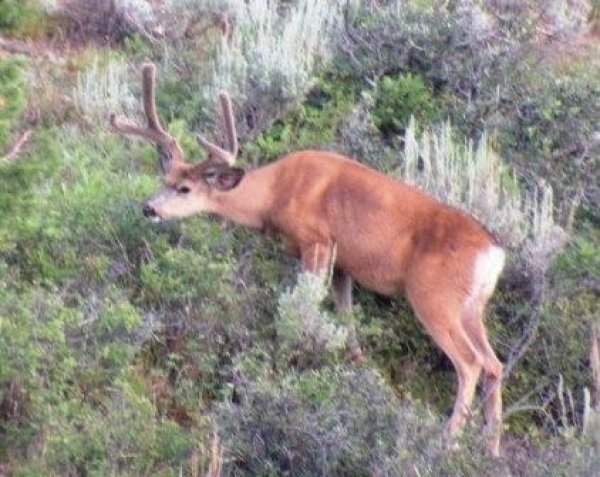 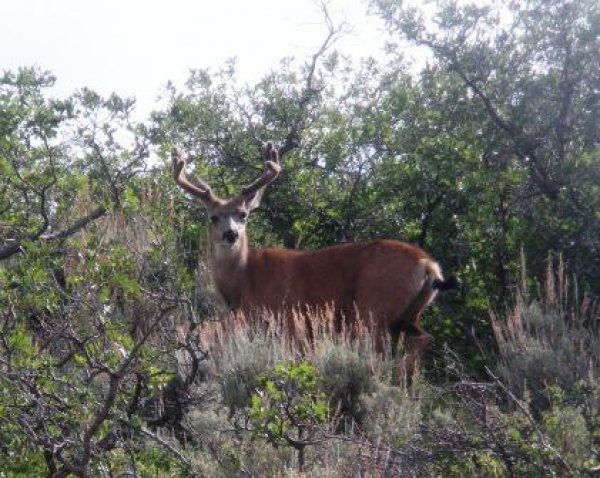 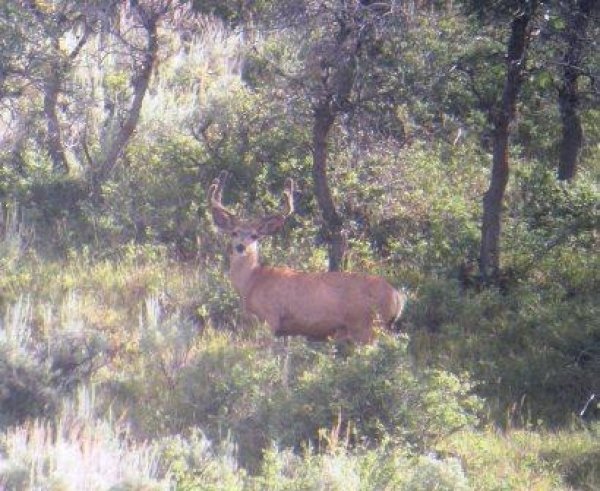 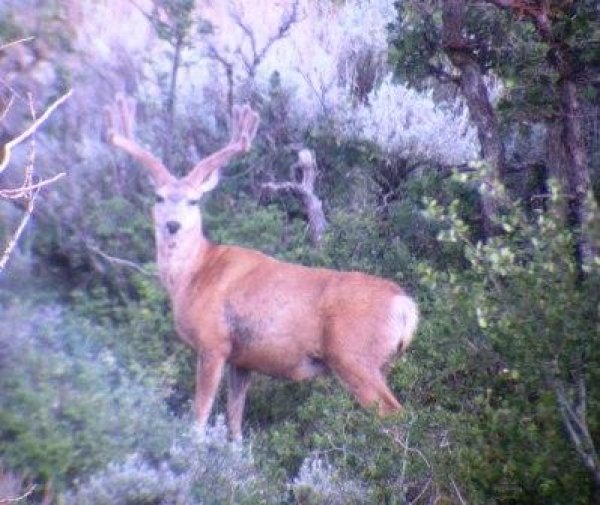 Saturday afternoon we got caught in a sudden downpour. We had to high tail it back to the trailer and wait it out. After a few hours and a nice elk stake dinner we headed back out for some more. It was a great weekend.
You must log in or register to reply here.
Share:
Facebook Twitter Reddit Tumblr WhatsApp Email Share Link 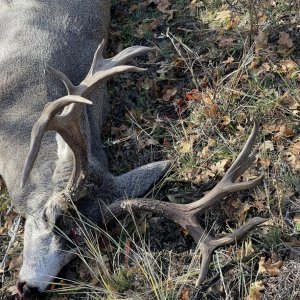 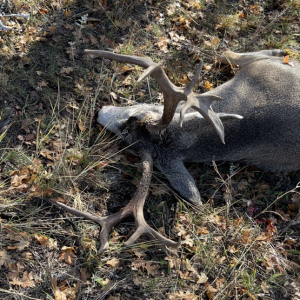 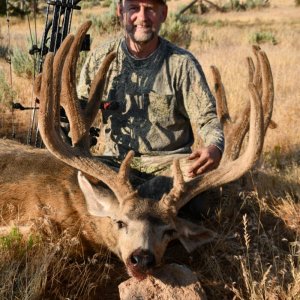 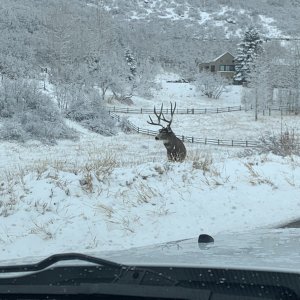 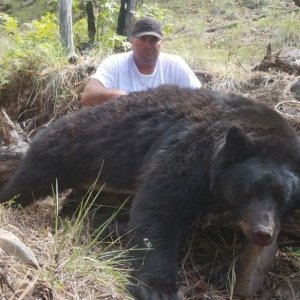 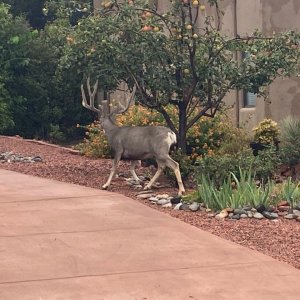 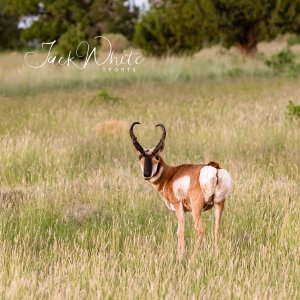 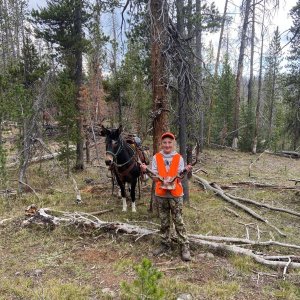 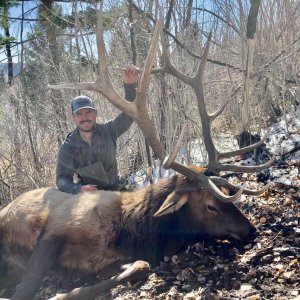 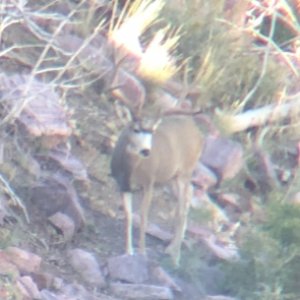 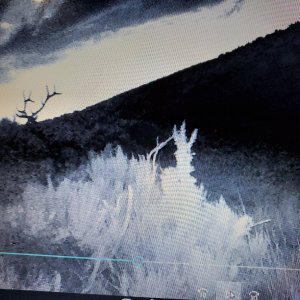 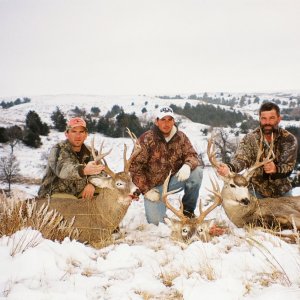