Hey fellow hunters!
I think it will be fun for both my son and I to maintain this ?blog? on our hunting and fishing adventures this year. My son?s name is Hunter (he was born on Opening Day 1999, so the name is fitting). This posting is really about Hunter and his first year of hunting big game. Hunter has spent a lot of opening days in the woods, including on his first birthday. So hunting is in his blood. Hunter turns 12 late this fall and since he can't hunt big game in Wyoming until he is 12, we have some careful planning to do so that he can hunt an antelope as most of the seasons will have closed by the time he turns 12. He will be able to hunt the later deer and elk seasons, so in that regard we are in luck.
This is the first year that Hunter can actually hunt big game in our home state of Wyoming, but that doesn't mean that he has not been putting in for some points in states where he could hunt at a younger age. He has been putting in for points in Arizona and I am looking forward to hunting Arizona with him when he has accumulated enough points to draw a good deer tag. We are thinking that a Coues hunt will be a fun break from the winter weather that we will have up here in Wyoming when Arizona Coues bucks are rutting. But that is far in the future as far as he is concerned. Probably a whole three years!
Hunter applied in Montana for goat, sheep and moose this year. Hunter thinks that a moose tag would be an awesome draw since he would get to hunt with his grandfather who lives in Montana. But, like most of the rest of us, he probably has very little chance of drawing one of the Big Three, especially in his first year of applying. In 2006 I drew a MT moose tag and he went hunting with me on two of the hunts for the moose and got to spend a lot of time with his grandfather. We ended up getting the same moose that he and I passed on opening day, only about a month later, and as luck would have it, he decided that he wanted to go swimming at a nearby hot springs the day I shot the moose, so he missed out on that adventure.
Hunter also applied in Wyoming for moose and goat, but will be only buying a preference point for sheep as the area that we will hunt for sheep is loaded with grizzlies, and I want him to have a season or two under his belt before he takes on that big step of being not the highest critter in the food chain. We just found out that he did not draw a goat or moose in Wyoming. He was pretty disappointed, but he thought that now he could focus on deer, elk, and antelope. Hunter has been on lots of successful antelope hunts with me, his mom, and when we take all of our out-of-state friends hunting on our annual sage grouse/antelope/guys only camping trips in September.
Hunter has had a grizzly encounter already when he was hunting with me two years ago north of Dubois and although he now thinks it was pretty cool, when we had the encounter, I wasn?t too cool with it. Luckily the bear never came closer than about 35 yards. With my son to defend, the distance at which I would tolerate a bear is a lot further out than my bear spray will reach. On the same trip, Hunter almost got ran over by a black bear that was running, probably from that same grizzly bear. I don't know what it is, but I am a bear magnet, having more close encounters with grizzlies that I could imagine, including a stand-off at under 10 yards with an old boar. Luckily, both of us walked away with our hides intact.
Two years ago, both my wife and I drew Oryx tags on the White Sands Missile Range in New Mexico and my son and a friend of mine came with us on the big hunt. So now Hunter really wants to hunt an Oryx, but he will have to wait a couple of years to get a little more experience hunting before we attempt that one.
Hunter had a big year last year, having shot his first turkey, pheasant, and duck. Now he wants to step it up a notch and get his first big game animal. I have a feeling he will this year. But, we are focusing on the experience of hunting, not the kill as the overall goal. He seems to get that concept and thinks that any time spent in the woods is a good thing, regardless of success.
I plan on posting some pictures of his earlier escapades in the woods and waters that we haunt. I will end this post with a picture of last year?s Merriam turkey (22# and 10" beard) that he got and save for the next post the turkey hunt that we did last weekend.
Thanks for following Hunter on his first year of big game hunting. To be continued?
WyMo
http://www.monstermuleys.info/photos/user_photos/9595hunter\'s_turkey_04172010_008.jpg
You must log in or register to reply here.
Share:
Facebook Twitter Reddit Tumblr WhatsApp Email Share Link 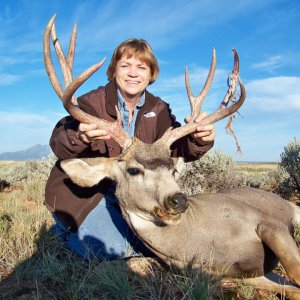 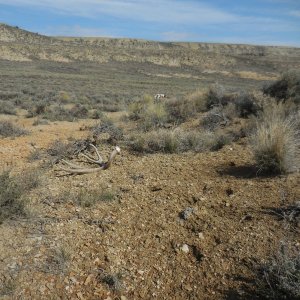 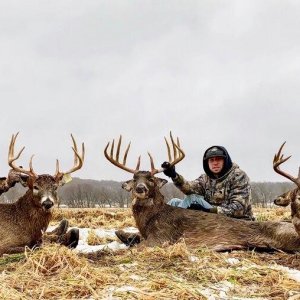 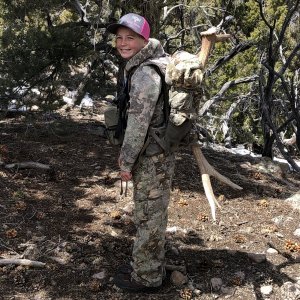 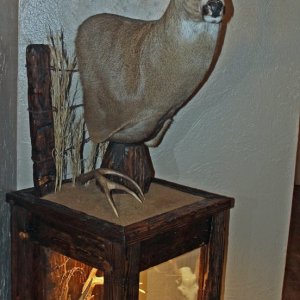 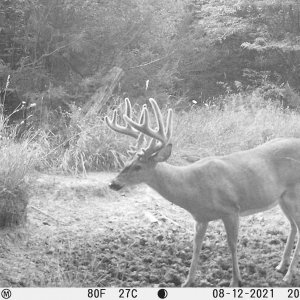 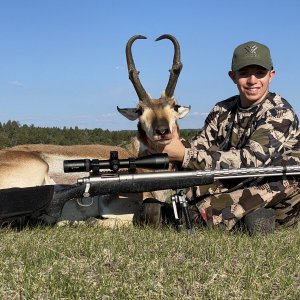 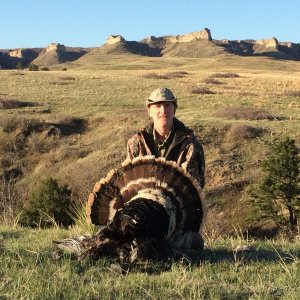 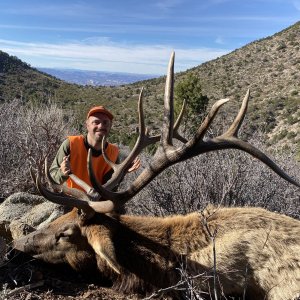 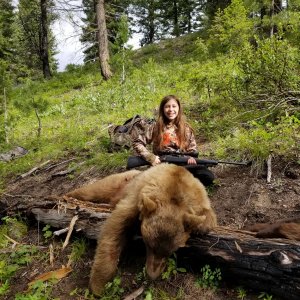 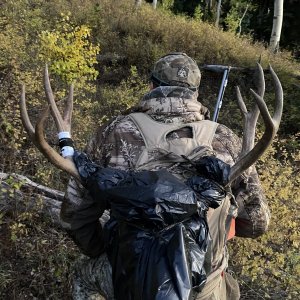 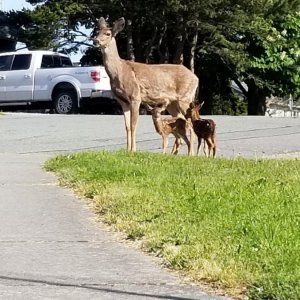