I’ve never killed a buck this big and HERE WE GO my 10 year old son shoots his first! I was considering not sharing, just because some people might get the wrong impression, that it’s easy to kill a deer like this. Most of you on this thread I’ve come to respect and think very highly of. You’ve helped me countless times and I have a lot of gratitude as a result. I can’t thank M/M enough for providing a platform for us to educate, share memories and build new friendships within the hunting community, a brother and sisterhood of like minded individuals. 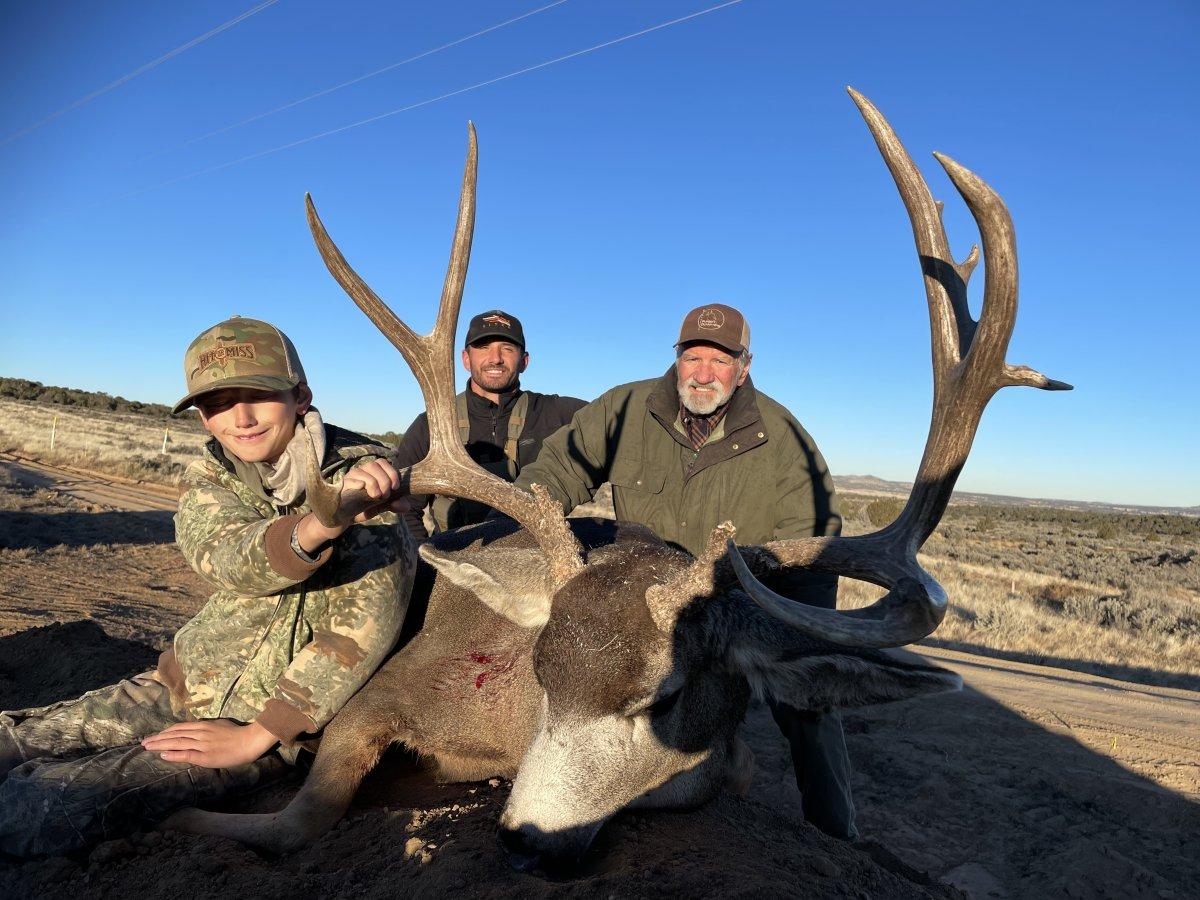 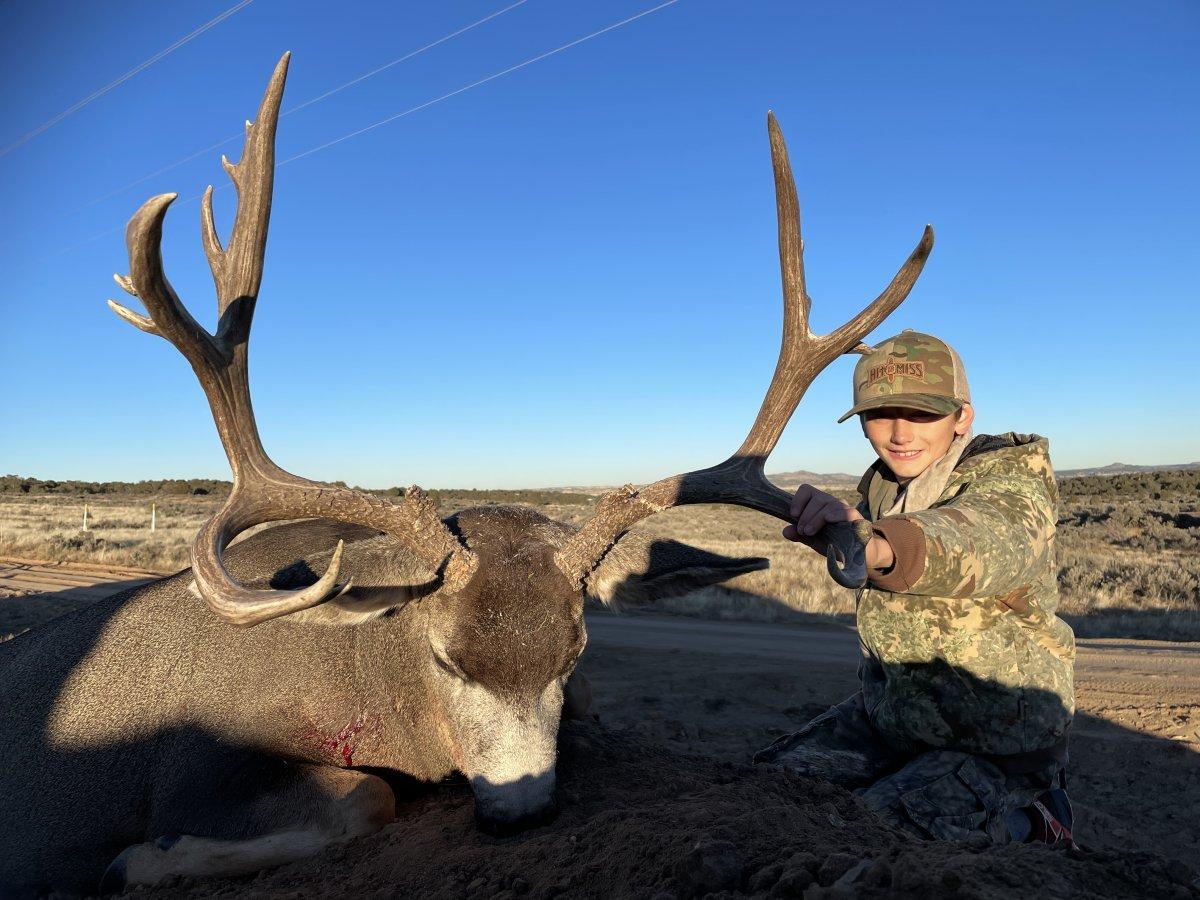 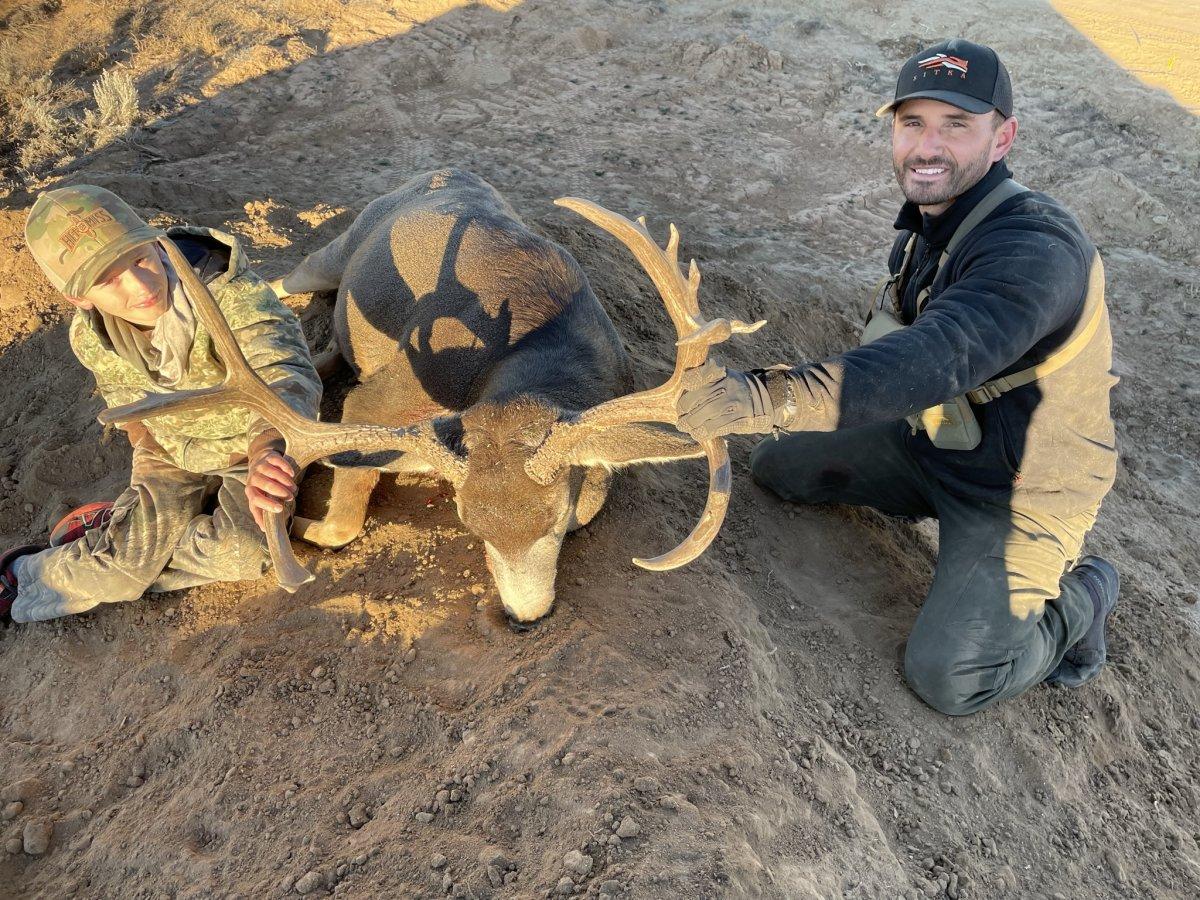 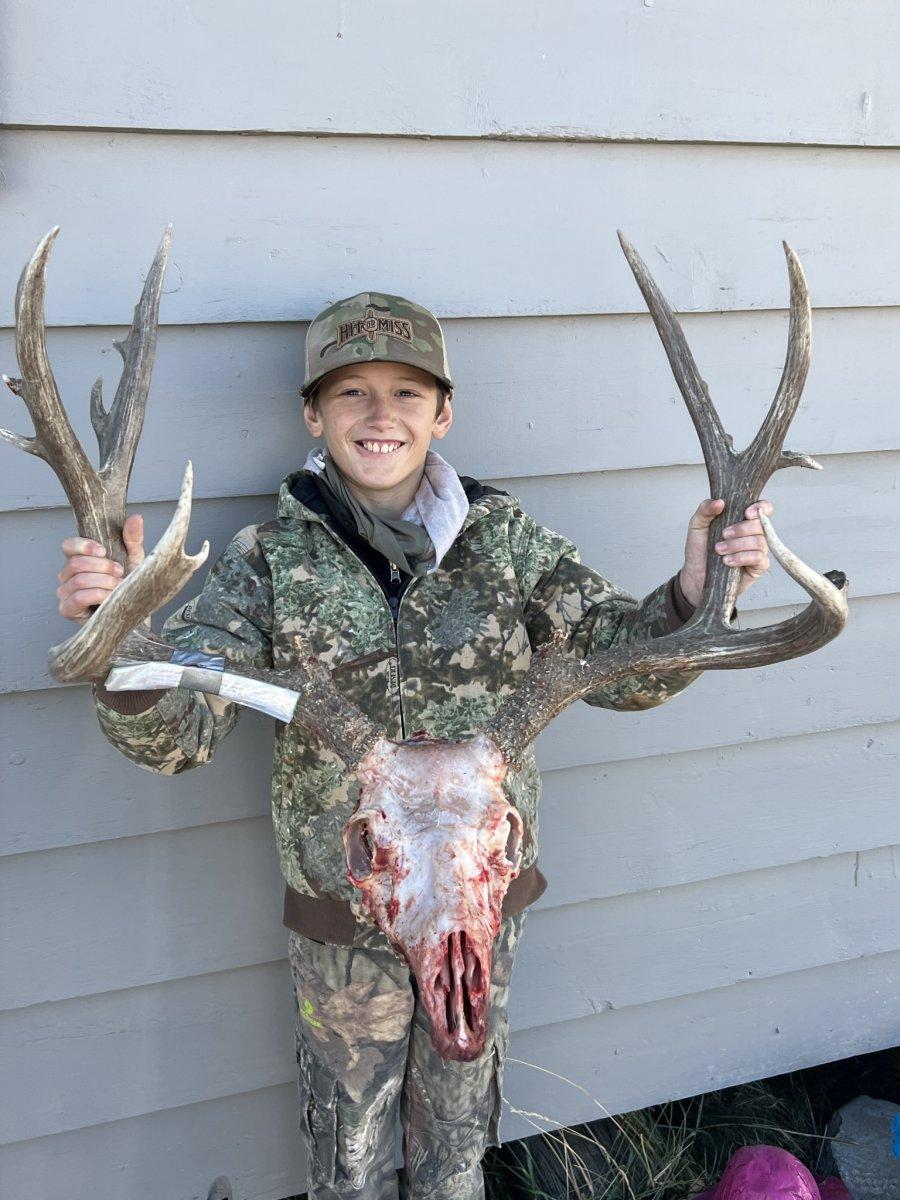 Dang that’s a cool buck with all the trash ! Congratulations to your son.

I don't think I'd even seen a Buck that size when I was that age! And that was back in the "good old days". Congrats to your and your Boy!

I’ll bet the only guy happier than your boy is you. So cool!

What fine way to start!!👍🏻 Congrats to you all on a gnarly old buck!!

wow very cool! is that grandpa in the picture too?

Rie bread said:
wow very cool! is that grandpa in the picture too?
Click to expand...

That’s great! Congrats to your son!

Congratulations- what a great Buck

Just speechless; congrats to your little guy! I’m sure you e got a hunting partner for life and at this rate many more memories to be made.

Homer said:
Great buck....thanks for the story...lol
Click to expand...

Since homer had to open his mouth here it goes…..

We had only three days at the end of the season to hunt, missing Thanksgiving with the family, that’s a whole Nother story, besides my son Jett and my father.

We covered a lot of ground the first day, seeing a handful of does a couple small bucks, It was obvious this was not going to be easy. Temps were in the high 20s low 30s in the morning, peeking out around 50 in the afternoons. This was not your typical hunt where there’s lots of deer, rather the exact opposite.

The second day, we spotted a buck beded underneath a little juniper tree, and my son and I snuck in for a closer look. We had them at about 150 yards but I could tell he was a very young buck, only about 20 inches wide probably three years old. I spotted a few more doe in the trees and we snuck in to see if there was anything bigger. As we came up and over we saw all the deer running away and we saw what I thought was the same buck, but of course he looked much bigger running away and I was left with the feeling of whether i made e a mistake. Since my son has never shot a buck before, this was definitely a last day back. The question Lurked in my head would we see one??? If you’ve ever hunted with a new hunter, you realize the most important thing, is to keep it fun, and bring them to success, whatever that is for them - Not for you. My son would’ve been more than happy with this buck.

Right before dark at the end of day two, we spotted a buck by himself on his way to a water hole. I could tell he was a four-point and we quickly got in the position. The buck had us pegged and was looking directly over his hind end back at us frozen solid while I set my son up. My son had him in the scope, but when he turned he never stopped and offered a shot, and turned broadside and trotted off and we never caught up with that buck. He was a 23 inch clean four-point, may be a four year old. Needless to say it was a quiet ride back to town that evening. The buck was only 200 yards away when we spotted him.

Third and final day, we were heading up to an area where we had some does spotted when all the sudden we come around the corner and there was a good buck 50 yards from the truck. The buck was just standing there. We blew out (quietly haha) of the truck and got off the roadway, but the buck had different ideas about our plan and bolted like he had been shot at by a cannon.

Not more than 20 minutes later we spotted the buck you see in pictures, got my son in position and through all the chaos and commotion, my son shot him right in the base of the neck and dropped him in his tracks. It was about a 200 yard shot from a 10 year old and it was one of the best moments I’ve ever had in my lifetime of hunting.
Last edited: Jan 6, 2023 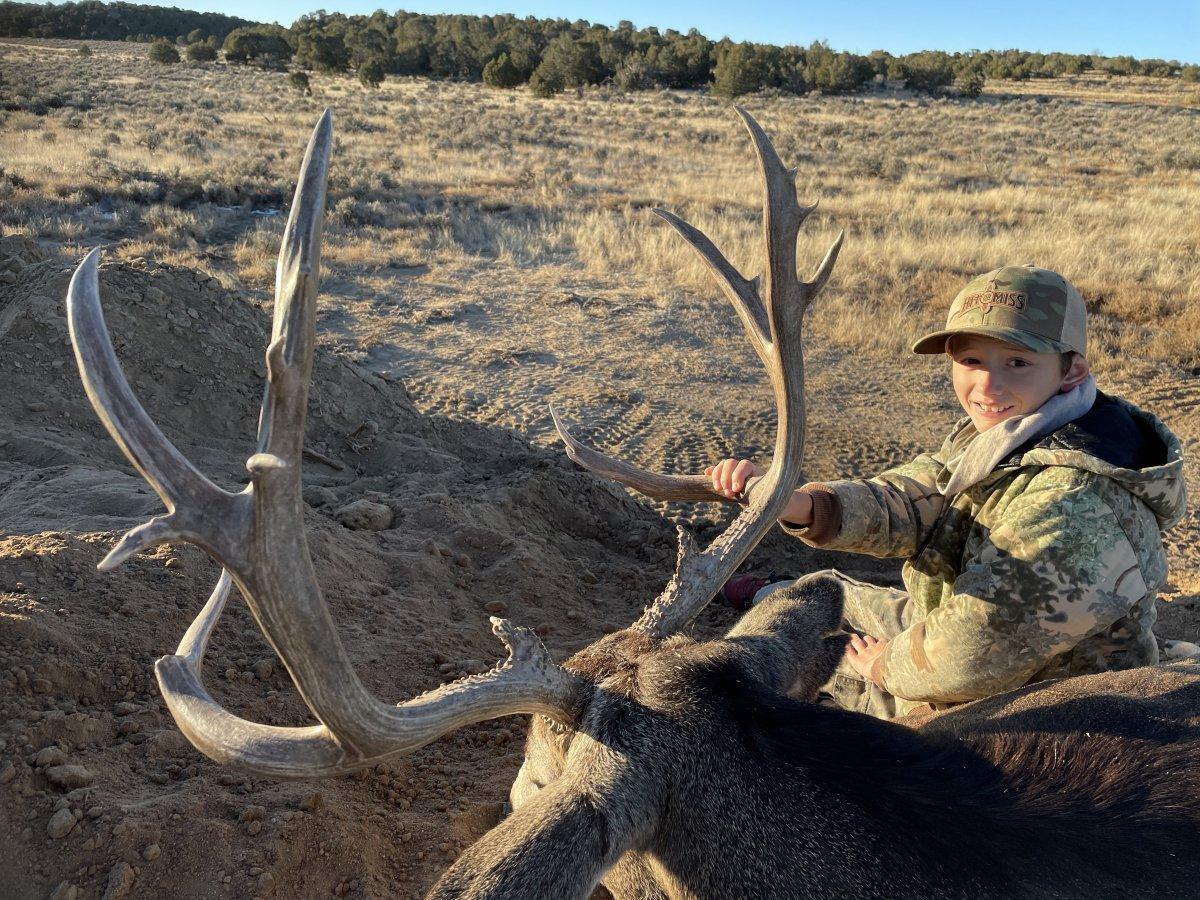 Smile says it all. Great story.

Great buck and thanks for sharing! Lifelong memories made!!! Congrats
M

too cool multigenerational hunt! what a year for you guys! both your boys know what “10’s” are now hahaha! to cool man gives us younger parents motivation. thank you for sharing

What a score!!! Tell the boy “GREAT JOB!” Congrats to all. Fun times right there.

great job dad and your son will remember that day forever. Love all the extras on that buck

That is such a cool and unique buck. Congrats to your son and thanks for sharing.

Trophies Like That are a true gift to you and Your Son. Big Congrats to you Both. Thanks so much for Sharing

That is so awesome! Congrats
B

Heck yeah! Congratulations to you both!
I

Just doesnt get any better than that.
Incredible.

That is really cool lookin buck!!

Congrats to both of you. Now that is awesome and your sons smile says it all. Love this post. Memories of a lifetime made there!!!
G 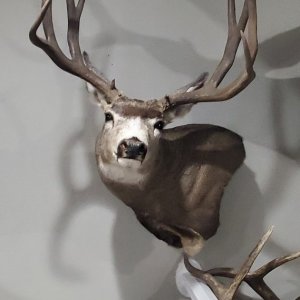 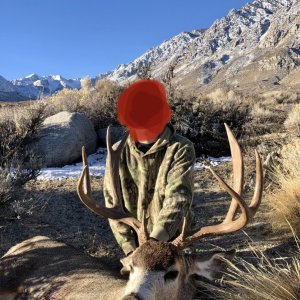 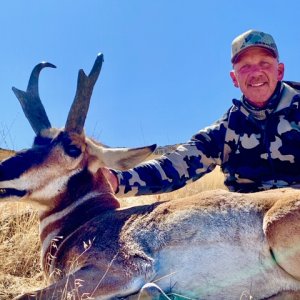 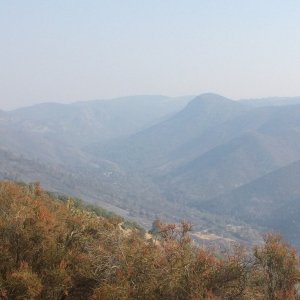 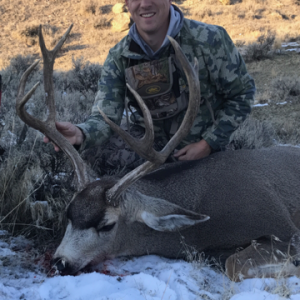 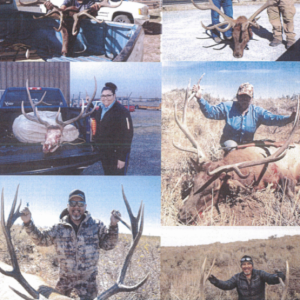 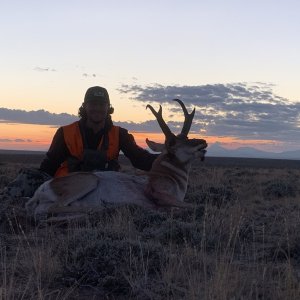 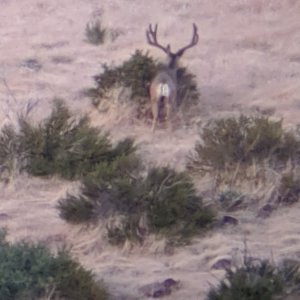 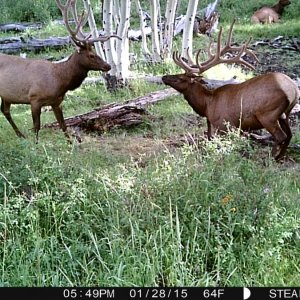 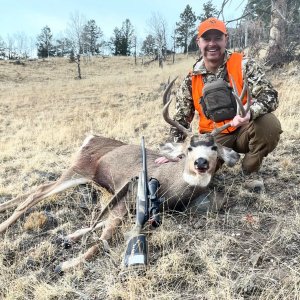 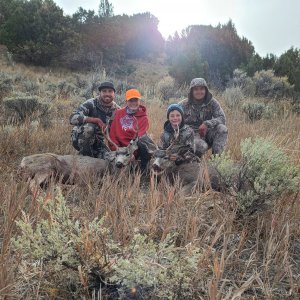 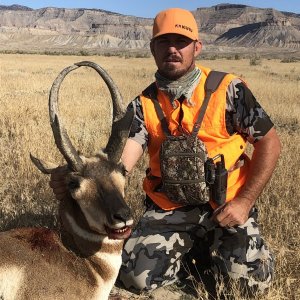