I drew my first ML bull tag this year. I'm just not the lucky kind I guess it took about 20 years to get it.
Well I went on opening day Oct 1st. I fell and I was sure that I was not going to be finishing the season again all the luck of a run over snake.
But my son Jacob got me out.

We went to a place I have seen a lot of elk but it is wide open and not much cover. We didn't see anything until 2:00 pm. We drove around a corner and there were two bulls on the side of the hill. They took off running and went into a creek. One bull the biggest one took off across the desert the other stayed in the trees. I got out and followed him into the trees. I found him, but didn't get a shot. Jacob went down the creek and saw him again, and we lost him. We decided that Jacob was going to try to push him out of the trees. We were wondering why this bull didn't follow the other one.

Well Jacob saw him and waved me to go around in front of him. I got to the BLM fence and started to make my way to the bull. Then he came out in the open. He wasn't limping but he wasn't running either.

I took a range on him, it was 248 yards. I set the sight and held for a high shoulder shot.
At the shot the bull folded right there.

Jacob was watching and he said he saw the bulls legs pull up and down he went. Then he heard the shot a little bit later 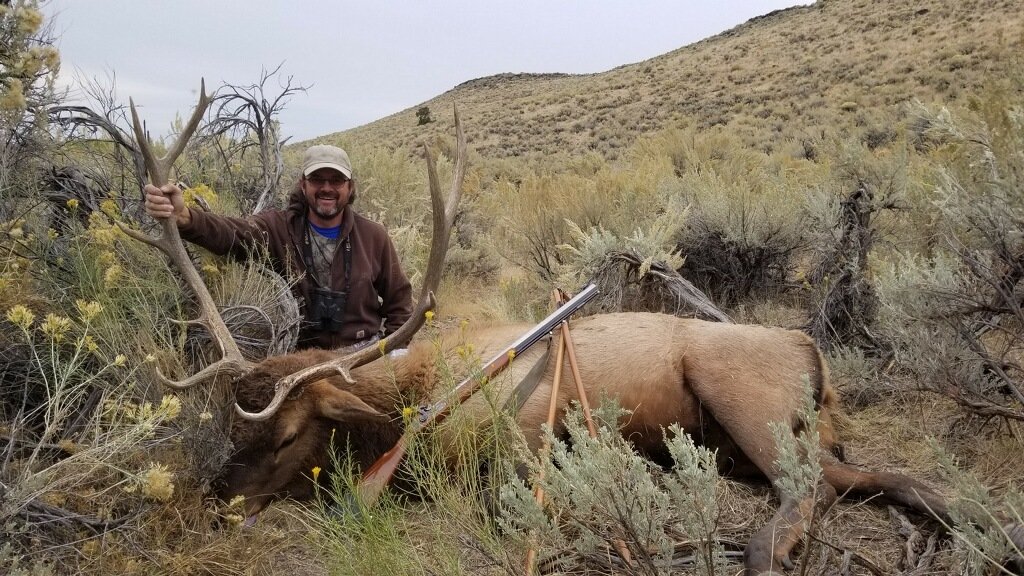 We went to work getting him quartered to pack. I did the cutting and Jacob did the hauling. 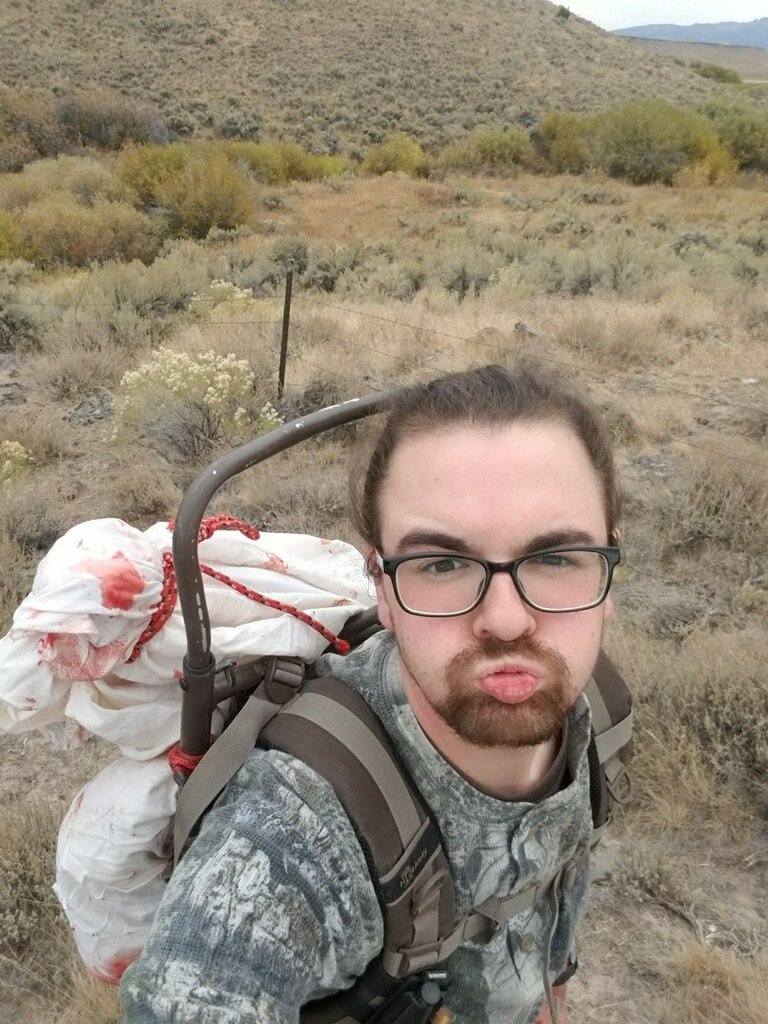 The only load I carried was the head. He is a great young man. 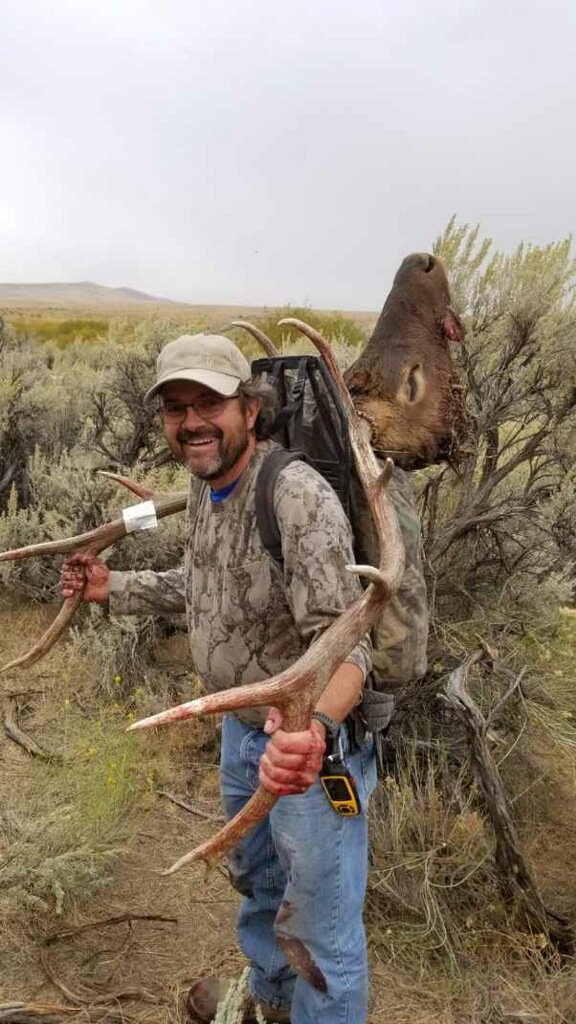 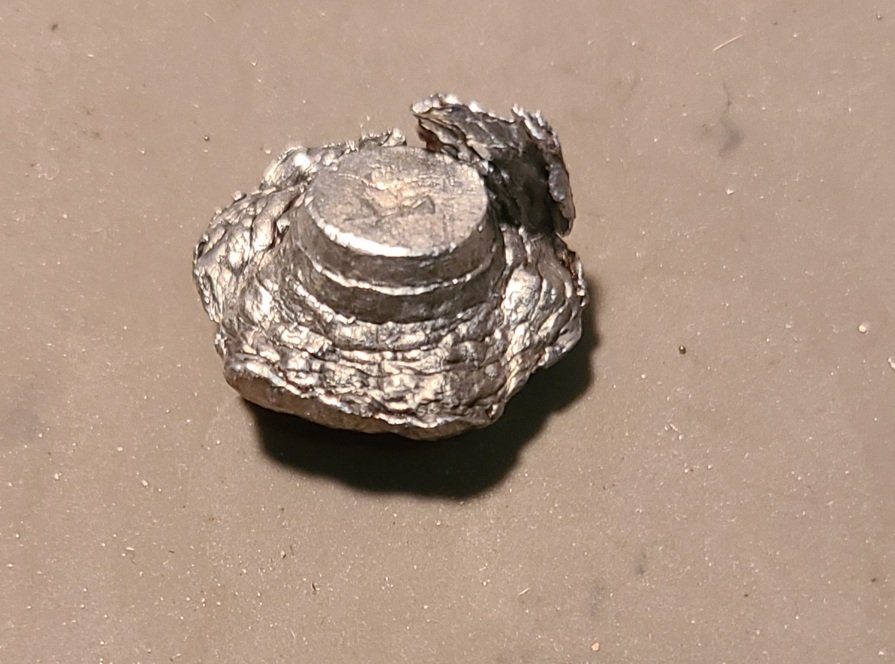 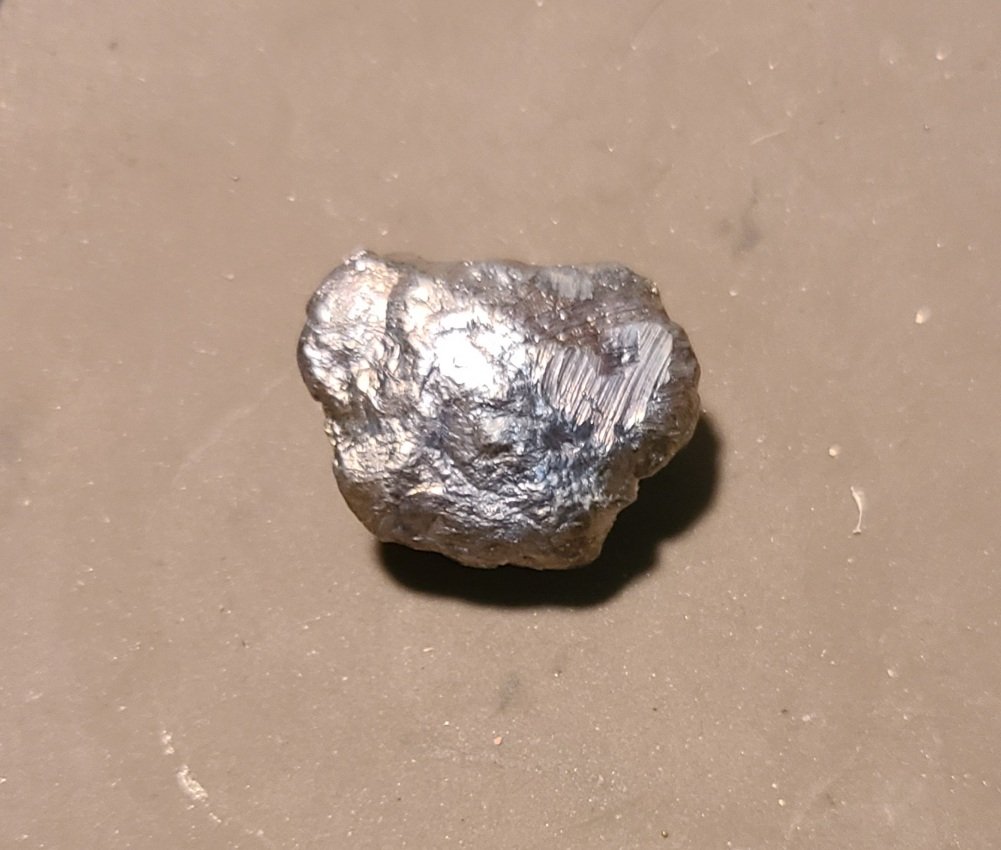 The bullet lost only 4 grains. I was impressed with that.

Powder-- 80 gr of Pyrodex P with an over powder wad.

Congratulations, great fun with your son!

Great job on a good bull. Nothing like a black powder elk! 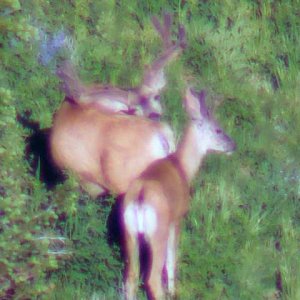 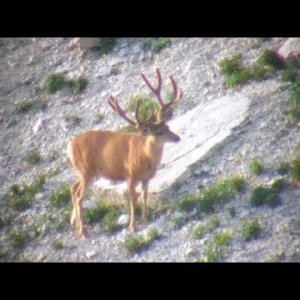 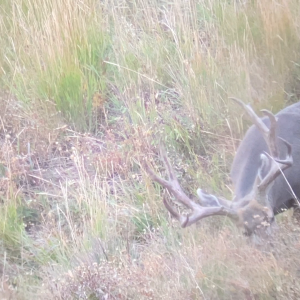 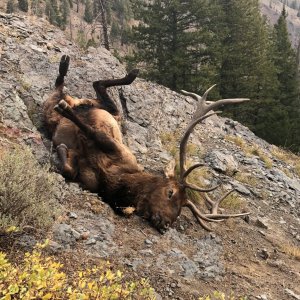 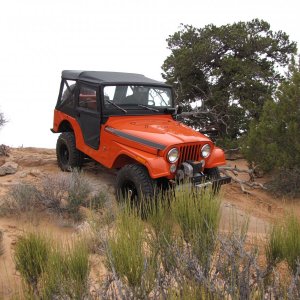 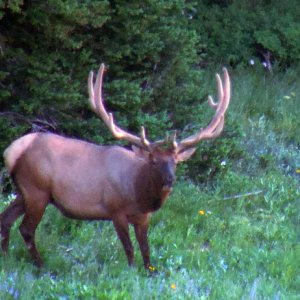 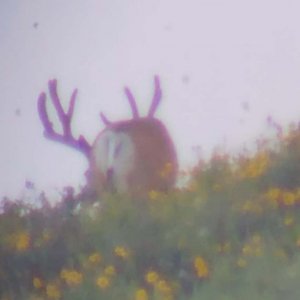 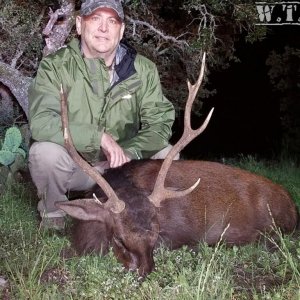 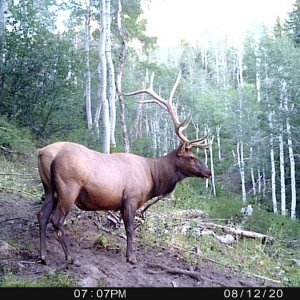 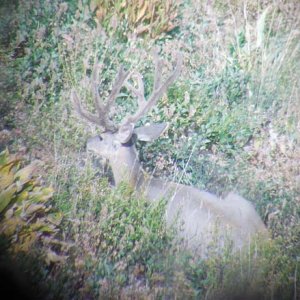 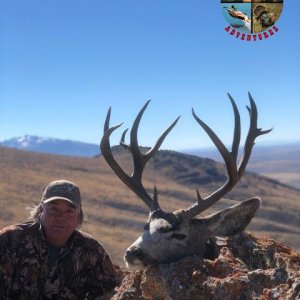 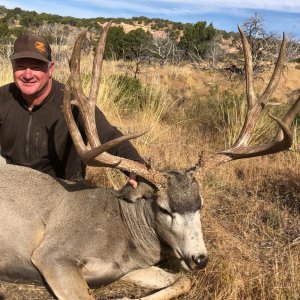