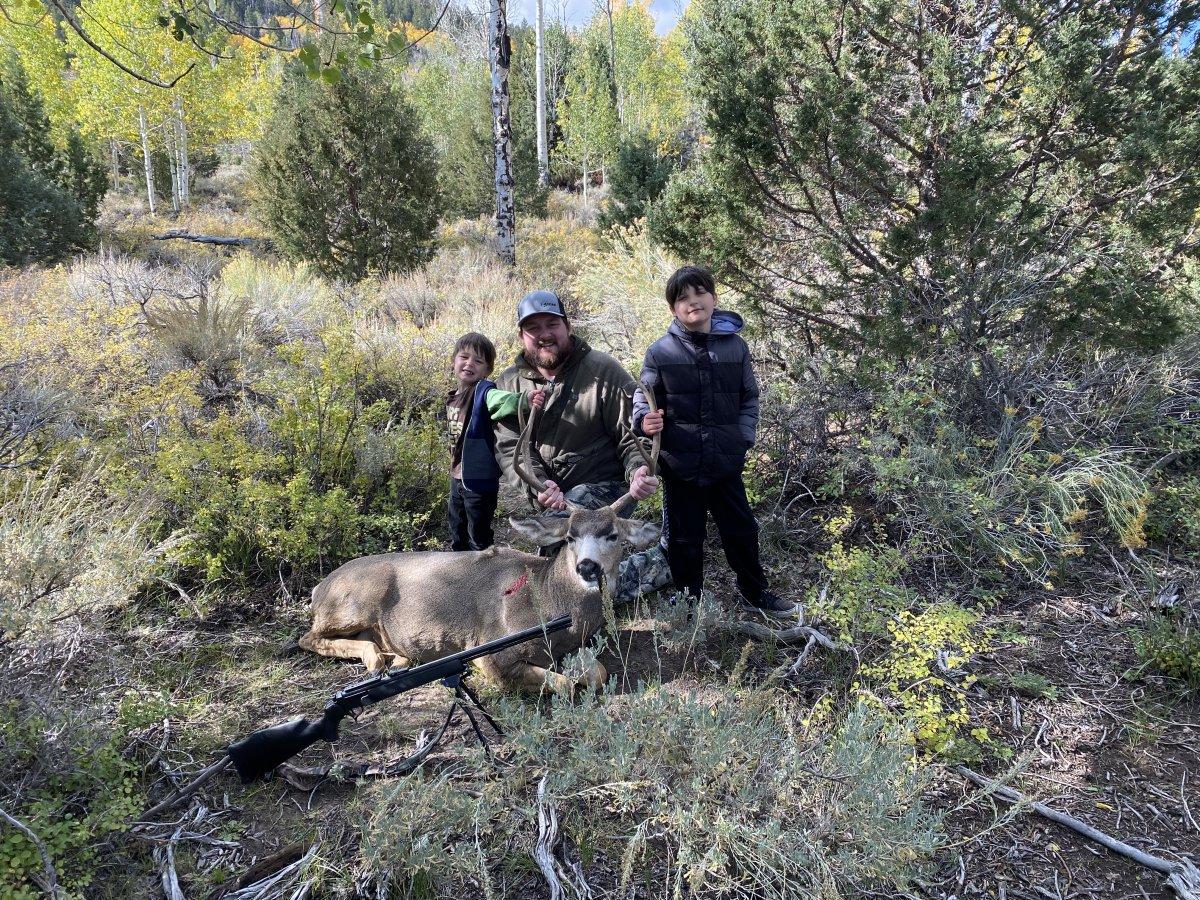 Quite the crew there!! I’m guessing the one in the middle with the cheezy grin is the biggest hooligan of the bunch!! All seriousness deerslayer that’s a great adventure those boys will never forget!! Props for taking the time getting those youngsters out in the woods.

Good for you and the young-un's

Congratulations- that’s what it’s all about

That’s awesome!! Congrats to you all. Good times….

Way to go! Where is your scope?

Dang nice!
Congrats to you and your crew.

That’s what it’s all about

Hey elkassassin, I told everyone I was going to drop a pisscutter this year and ended up shooting this thing. The kids had a blast on this hunt kind of wish it hadn't ended so early.

Hey snoodafruff, I am the biggest hooligan. The kids truly made this buck an absolute trophy. Today we changed gears and went fishing at Fish Lake, they were mad we had to head back to the cabin for supper. They love the outdoors! I can't wait for one of them to draw a good tag, the oldest has already gotten his first big game hunt crossed off with a gator last fall.

Hey Bigwiffy, haha I had a scope on that thing for about 10 shots when I went to sight it in before the hunt (I have shot it a bunch before that though). I got annoyed with how it was a paint to get it sighted in and needing to clean it every shot or two to get a good idea of where it was hitting so I took it off. I shot another 15 shots open sights to make sure it was on. After that, I went back to the range about a week later and shot another 20 shots open sights at different yardages to find out where it was hitting. But at fifty yards a scope wouldn't have done any good, and this one was a one-shot wonder and went down where it stood once I shot. I also shot it free-standing.

Side story on how this buck came about. I scouted the unit before the hunt quite a bit. I never saw this buck but was seeing some smaller bucks on the top and down very low on the alfalfa I was seeing big bucks.

We went the first day of the hunt and had a nice snowstorm that pushed us off the top, and caused us to regroup. During the morning hunt, we saw some doe and four tiny spikes/fork horns. We went into town grabbed lunch and then went to a place down lower in the foothills off the great western trail. We saw tracks but no bucks, at about 5 I asked my boys if they wanted to go back to the top so we hiked back to the truck and ran back up top. We saw 5 bulls and got a grouse on our hike.

The next morning I asked the boys where they wanted to go on the hunt. They were kind of the bosses. We went up top by Neff's peak and seen another spike and some doe. We hiked and glassed and found some deer in the spotter that was aways off by about two canyons, so we hiked back to the truck and headed to the area they were in. We got there glassed up the herd of 9 deer that we found in the spotter and the only deer in the herd that was a buck was a tiny spike he couldn't have been more than four inches tall.

I asked them if they wanted to try a new area at a midway point and told them we could do a short hike to glass from there. We got there and didn't see any deer or signs of deer and I looked at my youngest and asked him if he wanted to hike back to the truck to go fishing.

On our way back to the truck at 50 yards I looked over and this buck was right there in the open looking at us with another doe about ten feet to the right of him, and some deer in the trees. I was shaking with excitement (buck fever) because this buck was everything I had hoped for on this hunt. I tossed a primer in my rifle, took a deep breath, and took the shot. After the shot, a larger 4x4 that was wider but not as tall took off with the does, and my friend that took this picture said "man you took the smaller buck but he is a dandy." He asked me if I had any regrets on not noticing the wider buck and I with tears of joy said man I got the buck of my dreams with my hunting buddies what more could I ask for.

Needless to say, those boys were the ones to make the decision on choices on where to go on this hunt, and all I did was make the shot. If it wasn't for my youngest wanting to go fishing because we weren't seeing anything worth shooting we wouldn't have never seen this buck for the shot.

Can't wait to see everyone else's success this fall!

Heck ya that is a story that will be around for the ages.
Those young guys will have beat the Old Guy Buck now.
Great story.
D

Gator said:
Heck ya that is a story that will be around for the ages.
Those young guys will have beat the Old Guy Buck now.
Great story.
Click to expand...

I sure hope they get one bigger.

Thanks for the story

hawkbill said:
Thanks for the story
Click to expand... 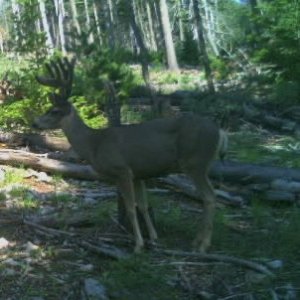 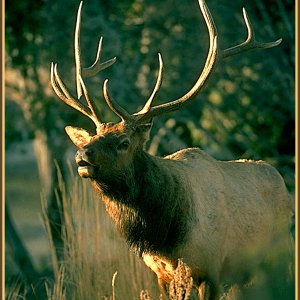 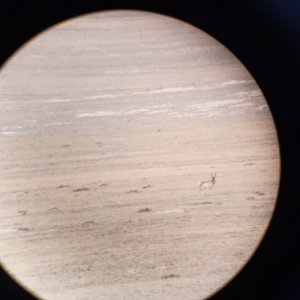 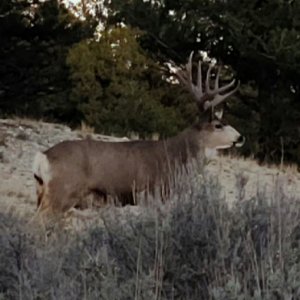 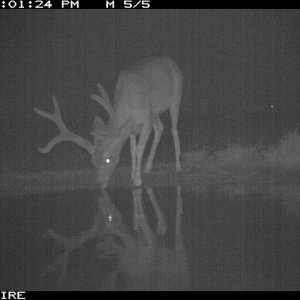 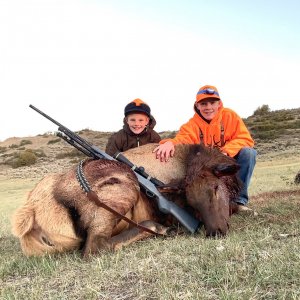 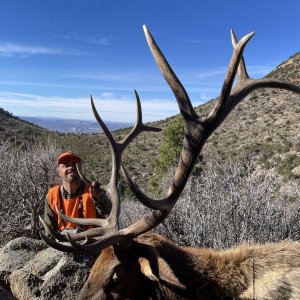 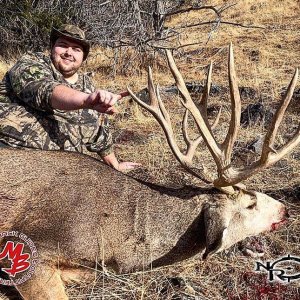 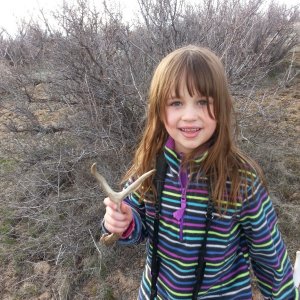 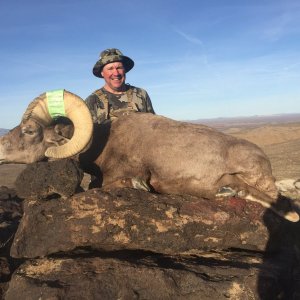 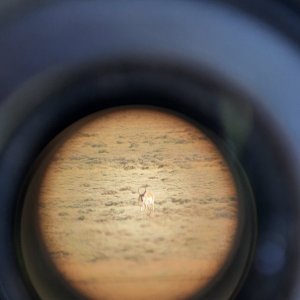 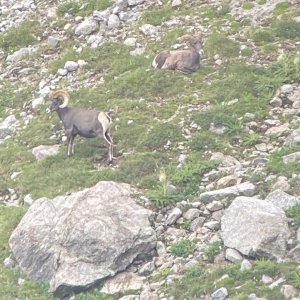