That call was from my best friend Brennen. He has an uncle named Bill that lives in Fairbanks and invited Brennen and his bro in law to come up for a black bear hunt this year. Dave is a dentist and his schedule between work and church callings forced him to bail out last minute as long as Brennen was able to find a backfill.

Uncle Bill has a spot up a slough on the Yukon that produces several good bears every year. It’s an honor to have gotten this invite even as a backfill!

We arrive in Fairbanks around midnight on Wednesday. On Thursday, Bill picked us up and we met up with 3 of his hunting buddies making it a party of 6. This trip includes a 3 hour drive up the haul road (The Dalton Highway) then you drop boats in the Yukon and go another several hours by boat. Since there were 6 of us we paired up in groups of 2 and I was paired up with a guy named Will that’s lived in the Fairbanks area for over 30 years. Will was amazing to be paired up with. He shared 10 lifetimes worth of bear hunting tips, shared some awesome stories, and is truly one of the happiest and most friendly people I’ve ever met. Brennen teamed with his uncle Bill, and the other 2 guys Rich and Jerry were the final pair.

The drive up was awesome... we passed gold mining operations, small towns of 5-20 homes, saw the Alaska pipeline, the thickest evergreen forests I’ve ever seen, and simply put, Gods country!

Once we finally reached the Yukon we loaded and dropped 3 boats in the river to make the run up river to camp. I had no idea how big the Yukon river was. In some places it had to have been half a mile to a mile wide. What is deceiving though is how shallow it is and potentially dangerous between all the sand bars and floating debris. My job on the boat was to spot logs/debris and look for sand bars during the ride. It was crazy to me that we didn’t see 1 other boat on the water the entire ride up! Luckily, several hours later we were able to make it to camp safely.

The campsite this year was new so we spent time clearing trees and brush to set up tents. They abandoned their previous camp that they’d been at for years because last year the water from the slough went down so fast they woke up one morning and all their boats were beached and it took like 10 hours to get them all unstuck. After we set up camp we went to the bait stations and put out dog food, rotten dead beavers we’d cut in half, table scraps they’d been collecting for months, and topped everything with caramel syrup, blueberry syrup, and molasses. We went to bed around 2:00am... Thursday was a loooong day but honestly, I was ready to hit the stand instead of going to bed but we slept.

Friday we woke up at like 10am, this was one of weirdest parts of the hunt for me. I’m a Utah boy, we hunt from dawn to dusk. Only thing is... there’s no dusk or dawn in Fairbanks this time of year... 24/7 sunlight. I’d pull my beenie over my eyes to get to sleep and it didn’t really matter what time we were in our stands.

At about 2pm we finally got on the boats and went to our assigned tree stands. Will and I had the second closest stand to camp about 3 miles upstream, Brennen and Bill had the stand about 5 miles up from ours, and Rich and Jerry have their stand probably 10 miles up another slough up the Yukon from us (they were primarily hunting grizzlies and have a place up there they’ve seen more grizz in the past).

When Will and I got to our stand the beaver, dog food, and scraps were all gone. Will and I added some more scent and were in the stand ready to go at around 4:00. 2 hours later we had a sow that was probably about 3 years old come in. She was feisty! She picked up our scent and followed it to the base of our tree stand and like a cat, jumped up onto our tree! This was insane, I’ve never bear hunted like this and my adrenaline spiked, haha. We did not want to shoot this bear but if it came up and got aggressive we might be forced to. Luckily once Will chambered his handgun it heard the sound and we also talked to it and it got down. I actually recorded it and will try to add the video to this message. After this bear got down it went over and ate, and tried to sit in and dry humped a bucket we had used to haul things in with. That bear then went and bluff charged our tree probably 7-8 times, I really wish I would have recorded this! After about and hour she took off but we certainly appreciated the show.

Two hours later a sow and 2 2nd year Cubs came in. It was awesome to watch momma bear walk the perimeter looking for threats while the Cubs were eating. Interestingly enough, 2 years ago in this same tree stand Will had shot a nice black bear and about 30 minutes later a Grizzly came in and he ended up taking it too! The threats in the area are real so momma had to be on edge all the time! That sow and Cubs entertained us for about an hour and a half. At around 11:00 we finally went back to camp, what an awesome first day!

We felt very fortunate to have seen what we did since nobody else in our party had seen a bear that day and their sites/bait hadn’t even been hit.

On Saturday we went out about 4pm, packed sleeping bags and planned to spend the night in the stand. We went to a different stand that was a little closer to camp... maybe 1.5 miles. The other two groups went back to the same sites they’d been at Thursday night. It’s not a matter of if but when the bait sites get hit. When we got to this new stand we saw the bait had been hit! In fact, we accidentally chased a bear off the bait site. We went into the stand and waited, thinking the bear we chased off would be back shortly. We sat for about 5 hours with no action then I saw a flash of black between some spruce. A couple minutes later a bear presented himself. This is the first boar we’d seen and he was a giant! My heart was racing as the adrenaline hit again. This bear was smart... he took about 20 minutes circling the site from about 75 yards out. He’d come in kinda of close then he’d bounce back out. Our visibility and shooting lanes were very limited with the terrain outside of the exact bait site. He finally came to the bait but would not expose his side for a clean and ethical shot! I was afraid we were going to have to let him walk. Finally he came in again and turned just right. I put the hammer down and was able to harvest a beautiful bear!

He only went about 20 yards before expiring but we still waited about 0 minutes before getting down from the stand and retrieving him. We snapped a few pictures really quick then dragged him to the river bank, cleaned him, and went back to the stand to see what else would come in.

About 20 minutes later (about 11:30PM) Brennen and Bill were passing by and saw our bear so they stopped and came by to hear the story. We decided that Bill and I would take my bear back to camp to skin him while Brennen and Will sat in the stand.

Bill and I got back to camp and were skinning my bear when we saw Will and Brennen coming down the river with another bear in the boat!! It only took about 20 minutes after we left for another shooter bear to hit the site and Brennen sealed the deal! So awesome!

It was now about 1:00am (I’m not sure of exact time) and Rich and Jerry arrived back to camp. Unfortunately they didn’t have a bear and we learned their site had still not been hit. Interestingly enough, the site Bill and Brennen were at before stopping to chat about my bear still hadn’t been hit either.

Over the next 3.5-4 hours we skinned our bears, bag and hung the meat, then got to sleep.

We woke up the next morning and honestly... I was disappointed as the other four guys decided they were done hunting so we weren’t able to go hunt anymore bears. They’re locals and plan to head out again this coming weekend... essentially they’re on different timelines than we were.

As I sit in my hotel today I can’t help be to be overwhelmed thinking about this amazing opportunity and experience. To Bill, Will, Rich, and Jerry, thank you so much for all the laughs, experiences, friendships, and knowledge you shared this past weekend! I hope to be able to pay it back to you all sometime in the future when you come down to Utah and pay it forward to others when I get the chance. You guys gave Brennen and I an experience of a lifetime and were just incredible hunting partners! Some of the best dudes out there! There is still good in this world!

To Brennen, I can’t thank you enough for the invite... just know before you ask next time, uh yeah, I’m in!!! 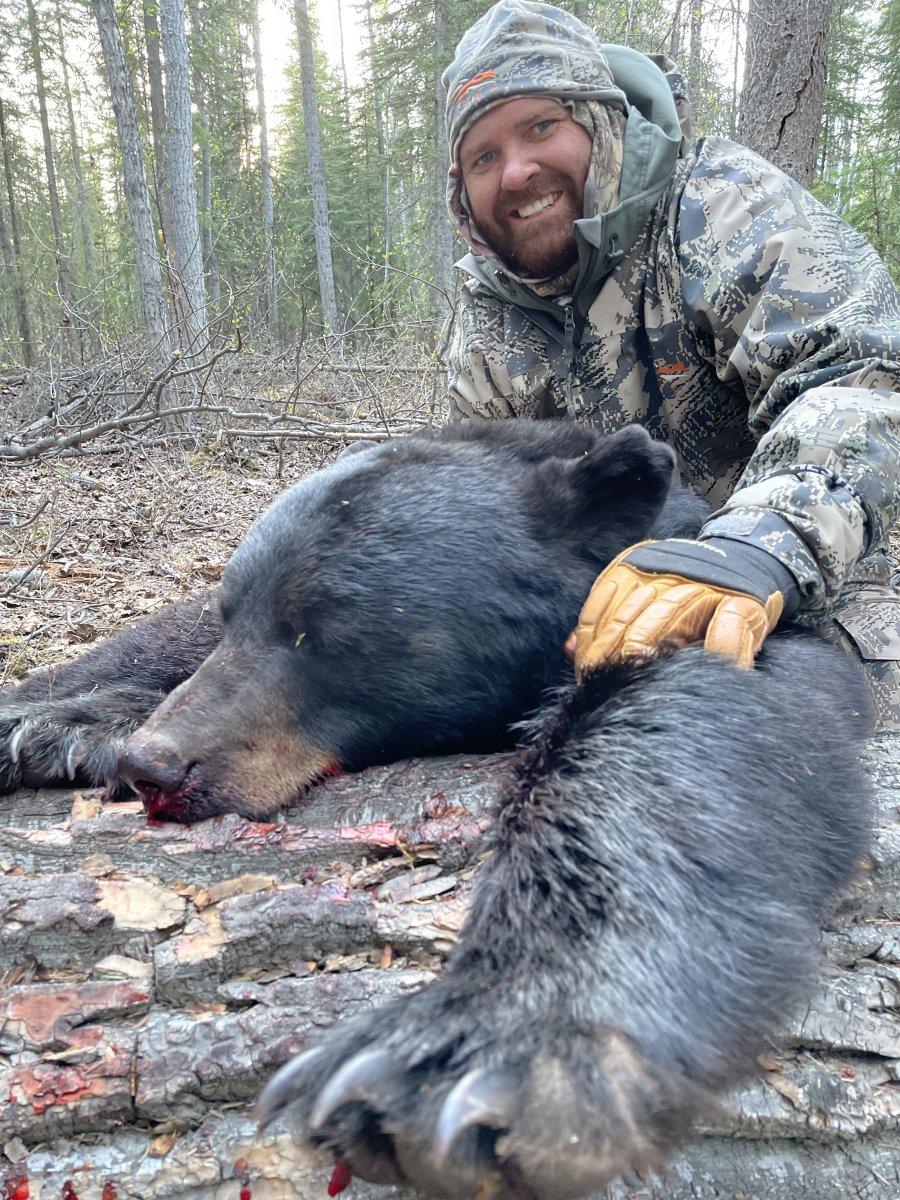 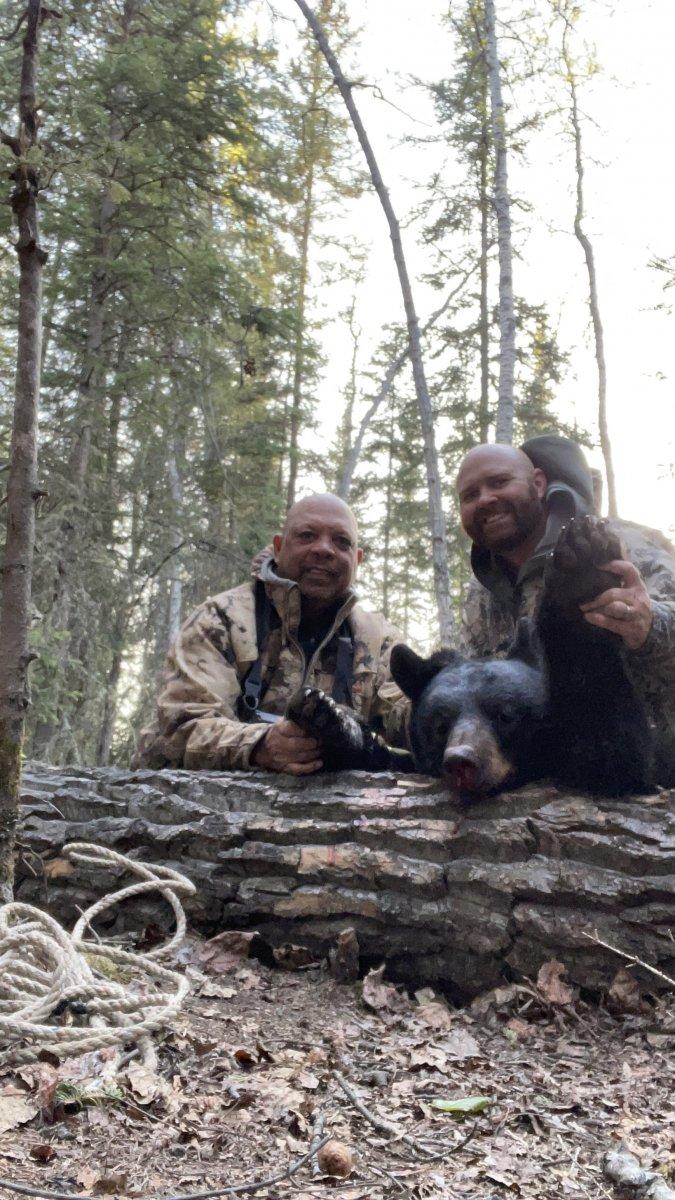 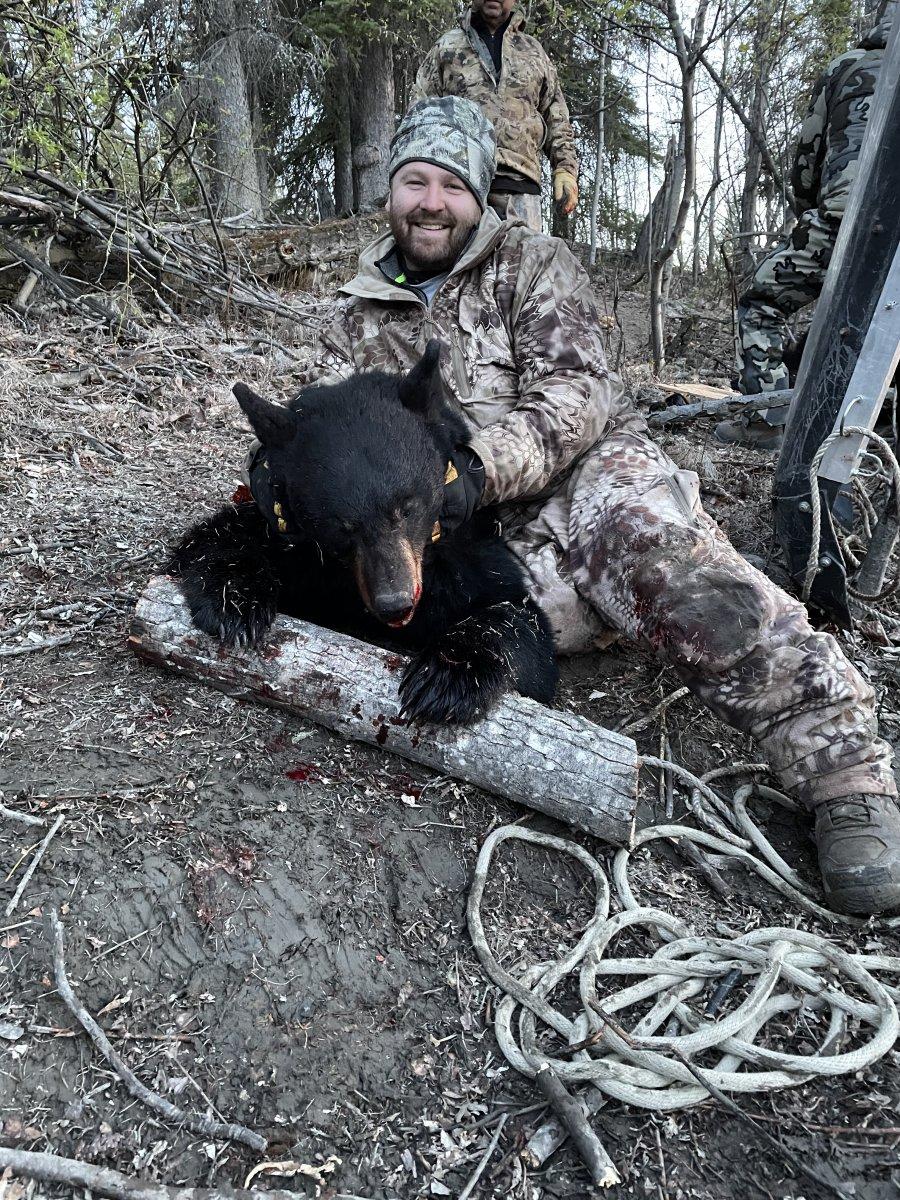 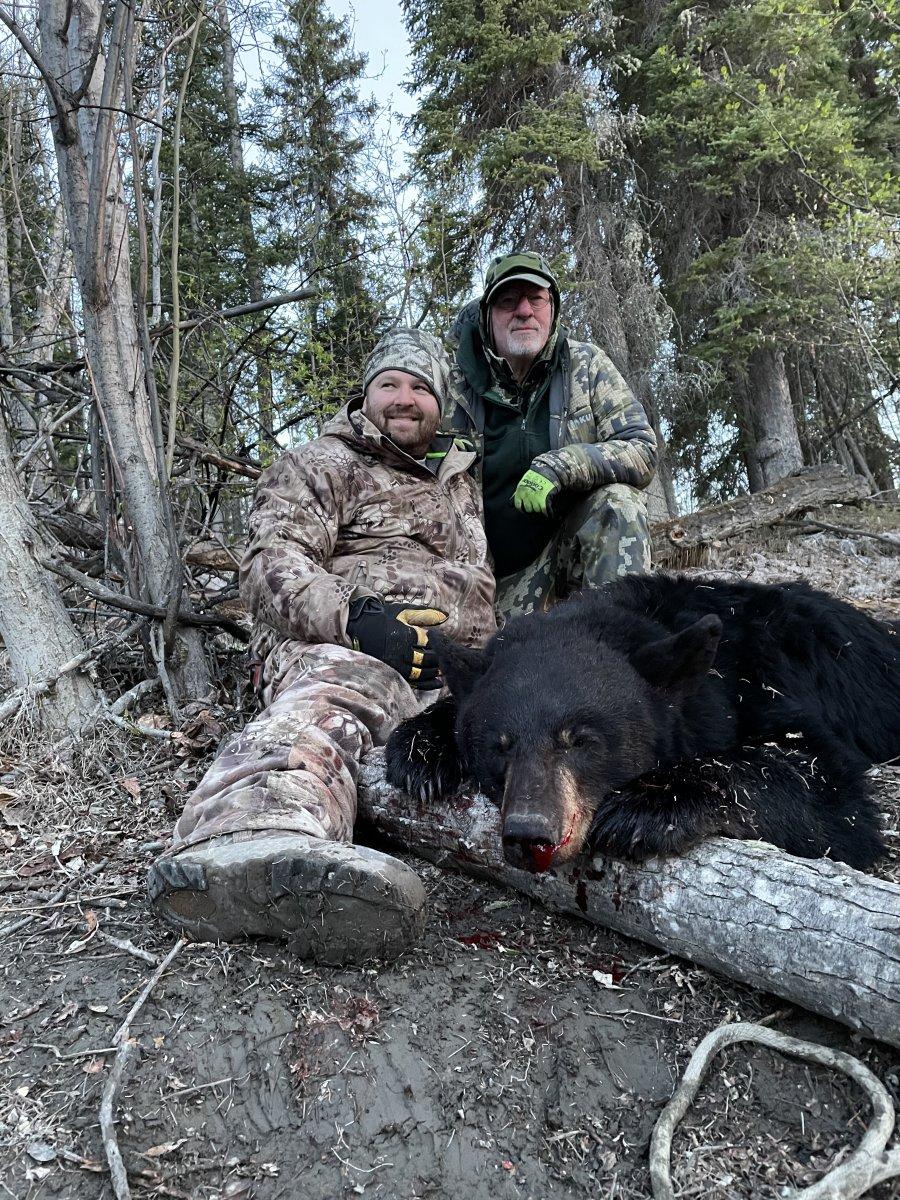 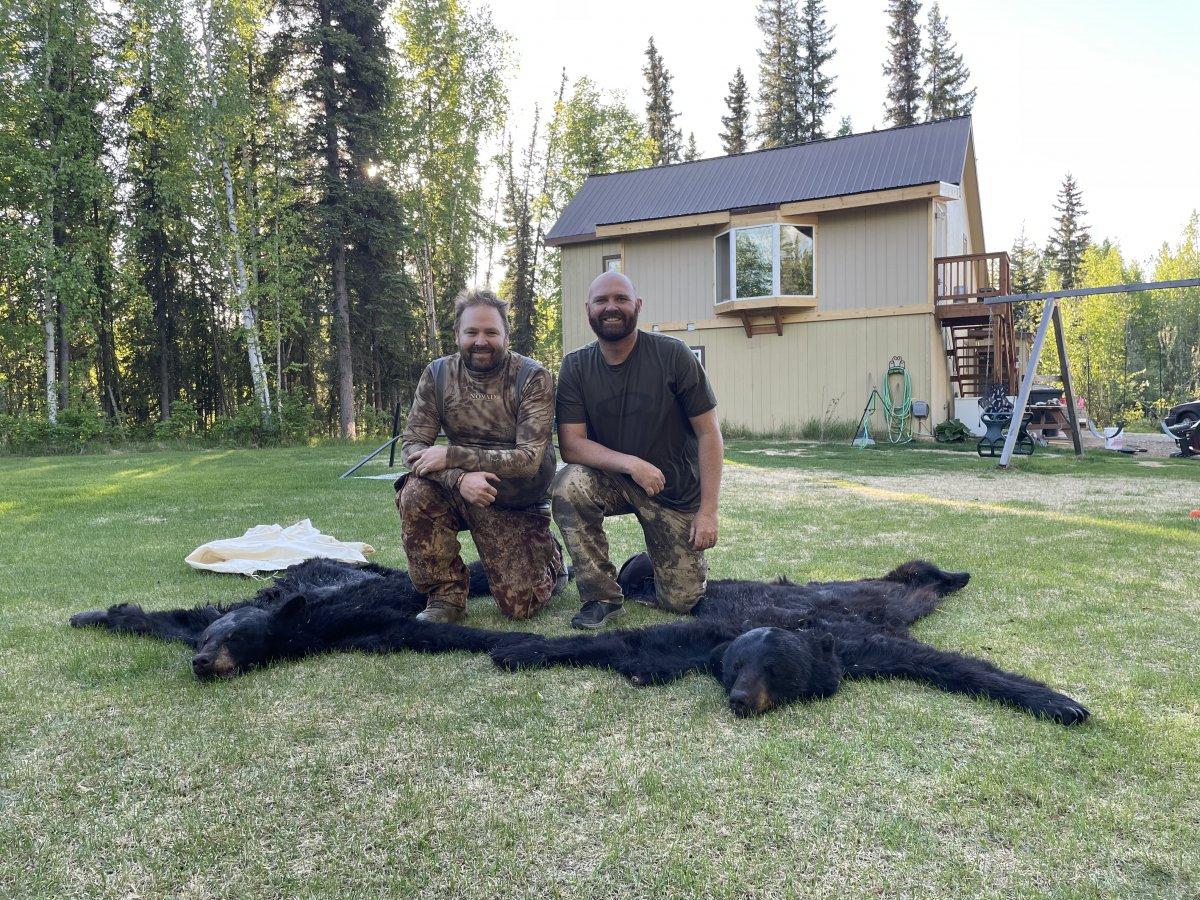 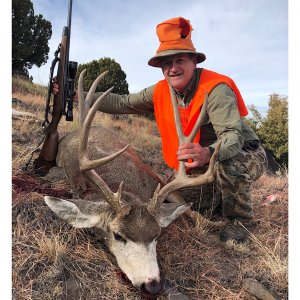 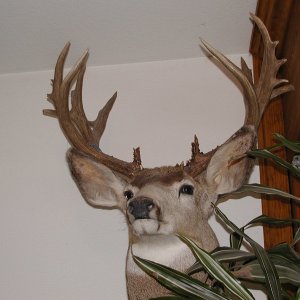 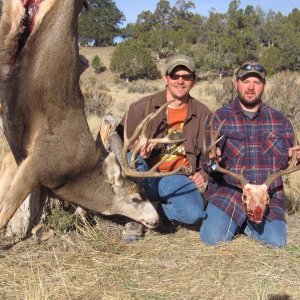 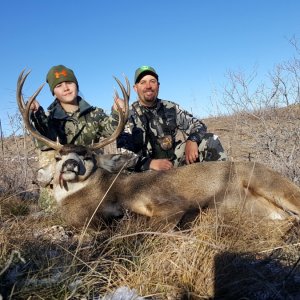 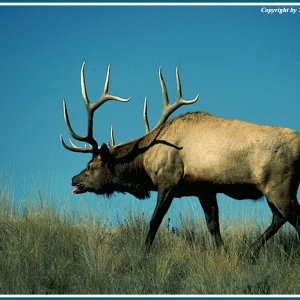 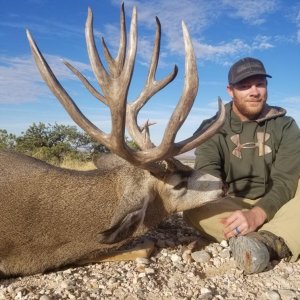 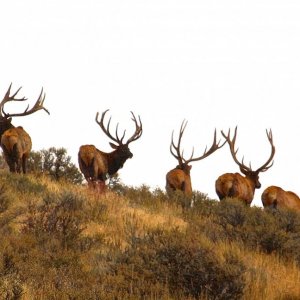 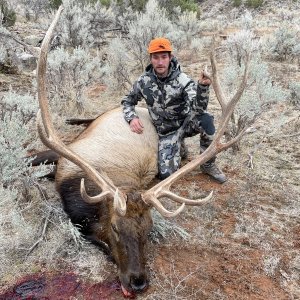 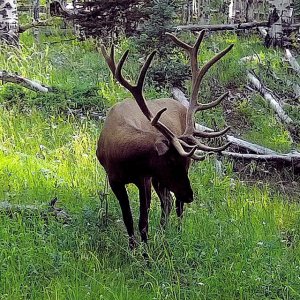 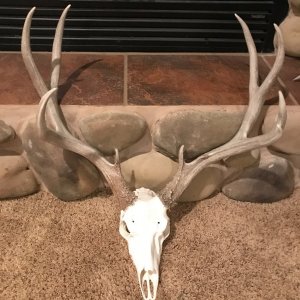 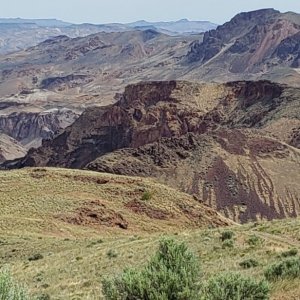 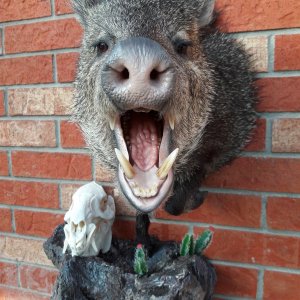