Just returned from unit 61 second season elk hunt. It took my buddy and I 23 points to draw. In 1992 as a first time elk hunter I killed a small bull in 61 and fell in love with the unit. Have been back a few times since looking for elk, deer, bear. Always enjoying the country.
Our trip this year started by following a snowstorm into camp. We had decided to do a “semi-guided” hunt with Allout Outfitters instead of bringing our own camp, horses,etc. That decision was made due to our age, physical condition, and a couple other issues. Going semi guided turned out to be a huge blessing. This semi-guided option included a camp, food, discussing plans and going over maps with the guides in camp. We hunted ourselves during the day while the guides were out with fully guided clients. This was our first time hunting elk during such a late season. We had heard bulls would be down lower and mature bull in nasty holes but our eyes were opened into the reality of this. The two of us would have never been physically able to pack out our bull on backpacks where they fell. Thankfully the young guides and packers of Allout were up to the task. Another thing that we “knew” but did not fully comprehend was how truly mobile we needed to be. Our salvation was we brought a Polaris Ranger as our 1 ton diesel ford was stuck in mud just off Divide Road for most of the season.
As for the actual hunt, we saw bulls from the day before the season all the way through Wednesday when Rick shot his bull. Most were 700-100+ yards off. It was hard to tell how big the furthest off really were. We only got into a cow herd twice, we saw same herd of 70 or so on two occasions then they moved on off somewhere else.
On Sunday morning we found a group of 3 bulls in a location we could close the distance to under 500 yards. We watched them for an hour or more before muffing a shot through dead fir trees at about 500 yards, luckily they did not spook badly. After more watching for another hour we spotted the biggest one which I muffed the shot on standing behind a small tree, and then watched him walk to some oak rush and bed down. Taking off on an hour hike to get around to a rim rock that put us just under 400 yards we set up for a shot. When he stood, I placed cross hairs high just behind the should and squeezed the trigger. The bull collapsed and never moved. 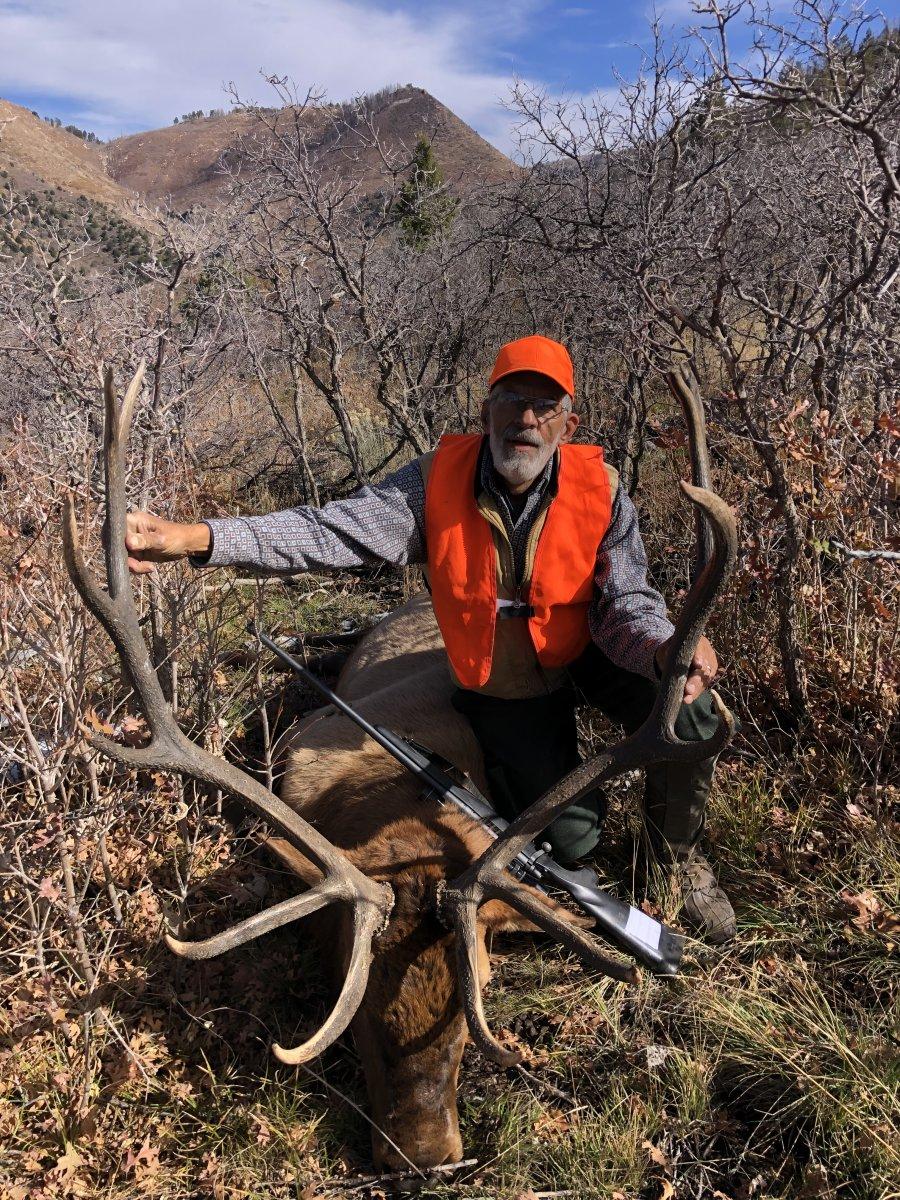 Now the work started. Dang this slope is steep! Got the bull quartered and hung in a tree. Loaded a back strap and tenderloin in each of our packs with me carrying the rack and started up the hill. Huffing, puffing, slipping, tripping we made our way up, and up, to the top of the rim. Then more uphill all the way back to the side by side. How thankful I was we had made the deal with Allout for them to pack out our kill.
Monday and Tuesday were spent looking for a bull for Rick. We spotted many 5x5 and small 6x6 bulls but really only had a shot at a couple and they were passed. One bull at 720 really tempted Rick but he passed due to distance and how deep the canyon between.
Wednesday plans changed slightly and we hunted even further down the canyon. Seeing several long distance 5x5’s and a couple small 6 points. Mid afternoon a couple 6 points came out on a bench below us. As this was going to be our last hunt day and with a snow storm forecast Rick too the widest of the two ending our hunt. That packout was the toughest yet. STEEP slope, lose rolling rocks, etc. The guides ended up packing it downhill to a two track way down below instead of uphill the shorter distance. 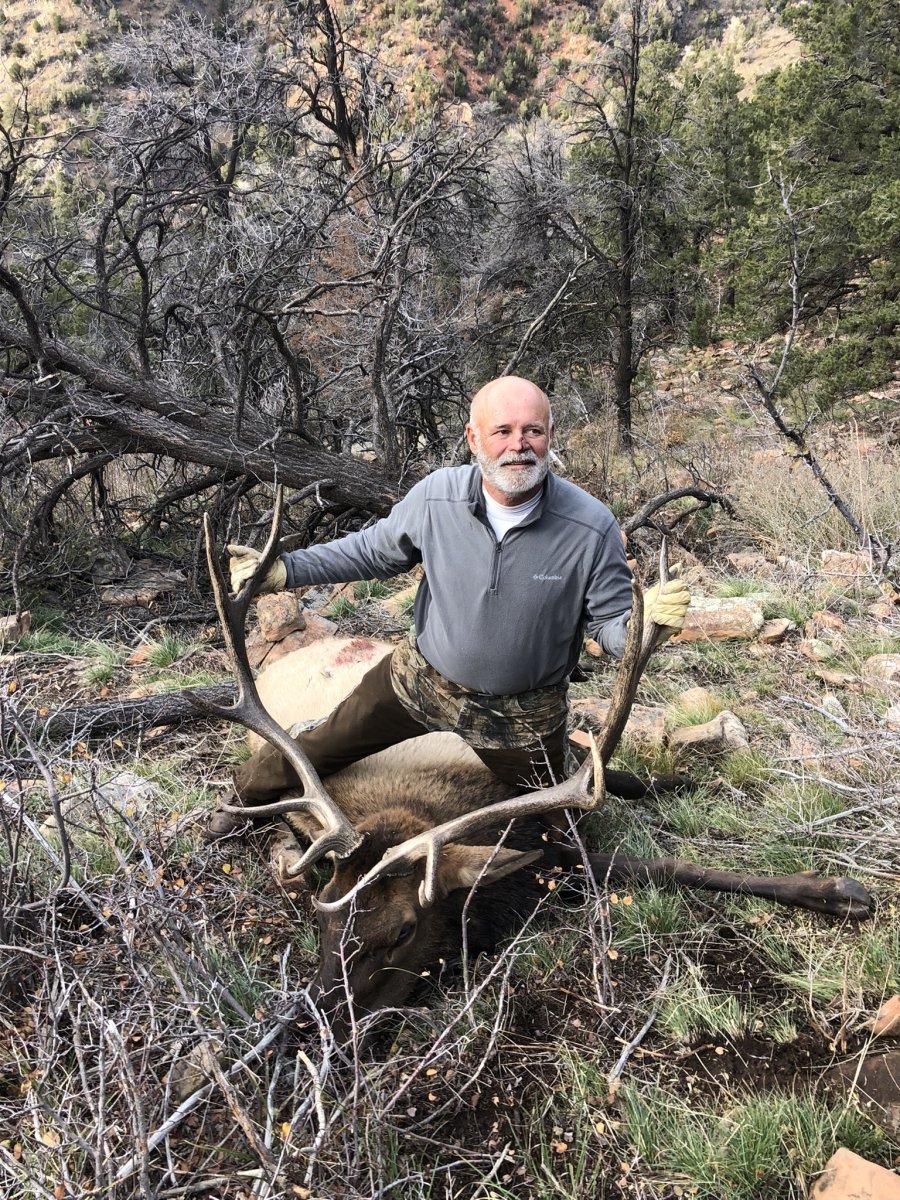 Thus ended what was our last elk hunt in unit 61. And at our age with some physical problems beginning to show up may be our last bull hunt. We enjoyed it all even the highs and lows. The Allout crew was great. I did miss riding my horse and packing my bull on my horse but it was better to have the young strong backs from Allout this trip as getting a horse close to our kill sites was not possible. Looking back over the past 40 years of hunting together for elk, mulie, antelope, whitetail, javelina and more we feel blest to have made this long long awaited trip. It did not disappoint. Thanks to all the MM guys who hav offered advice , tips, and offered help if needed.
P 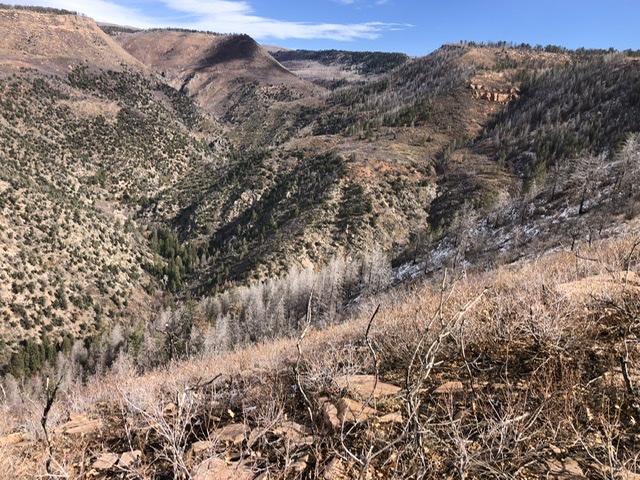 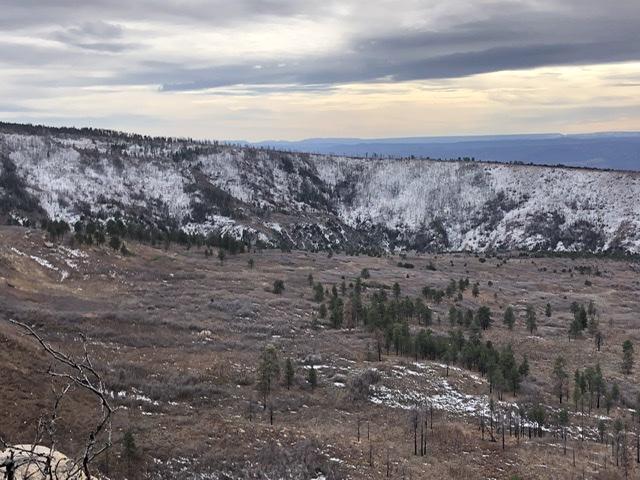 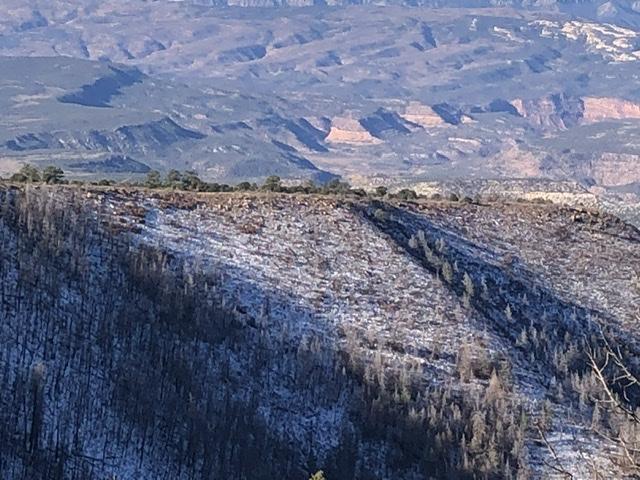 Beautiful country But rough on old men and boots! 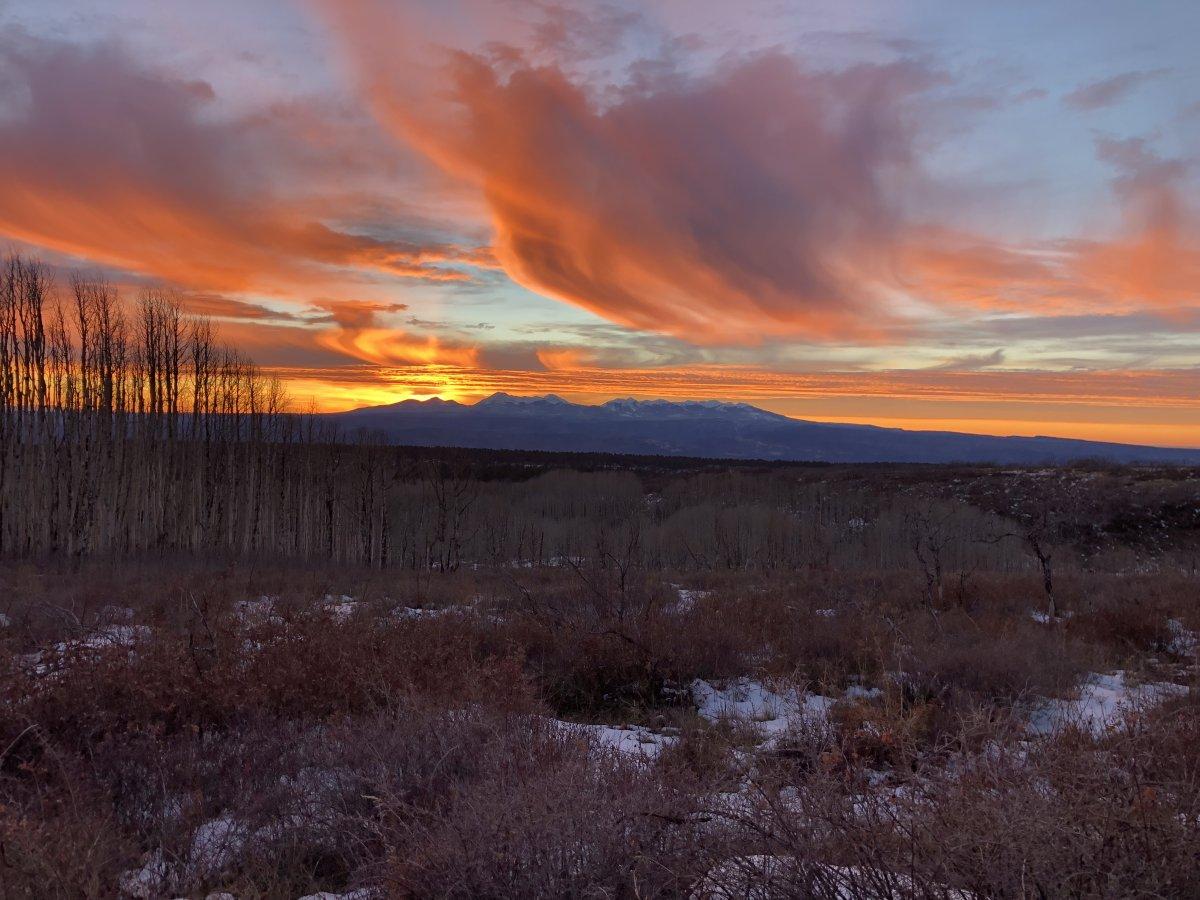 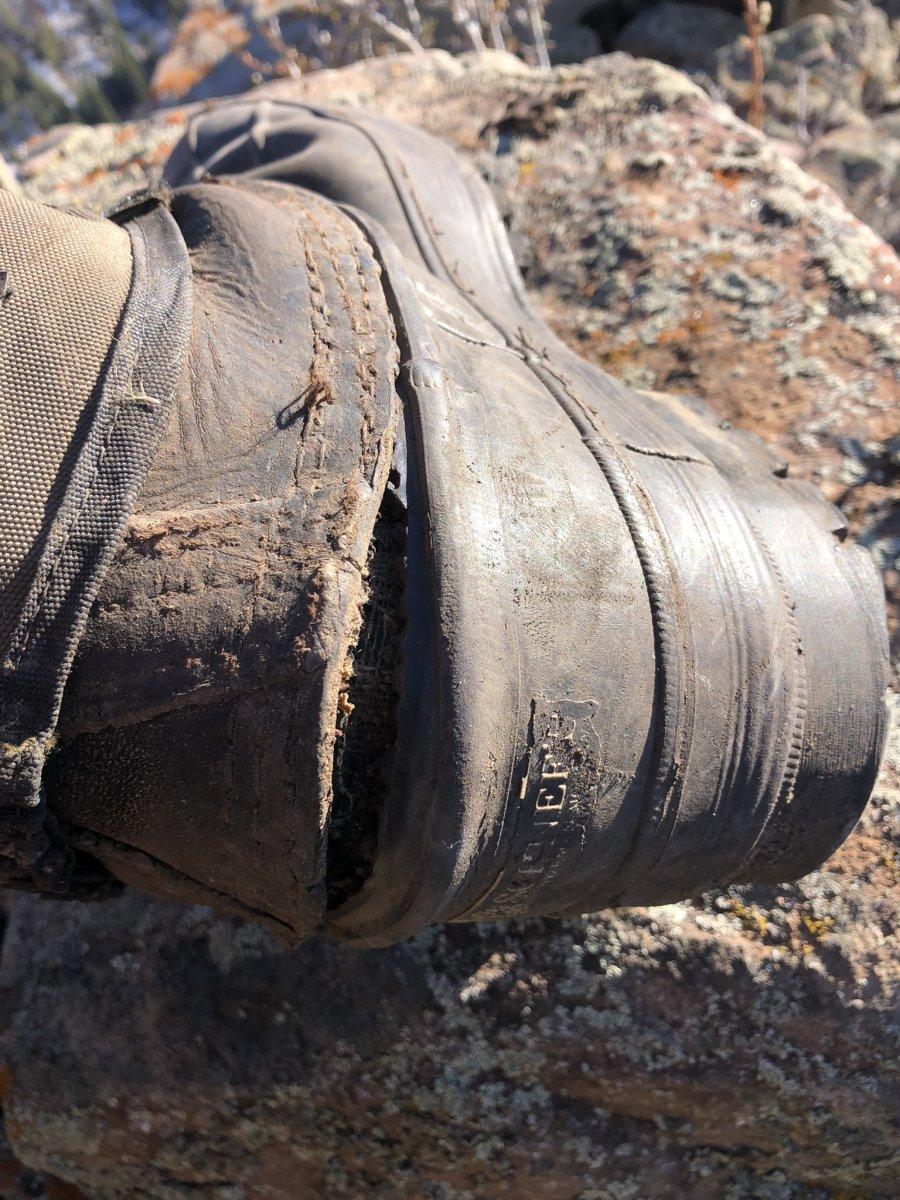 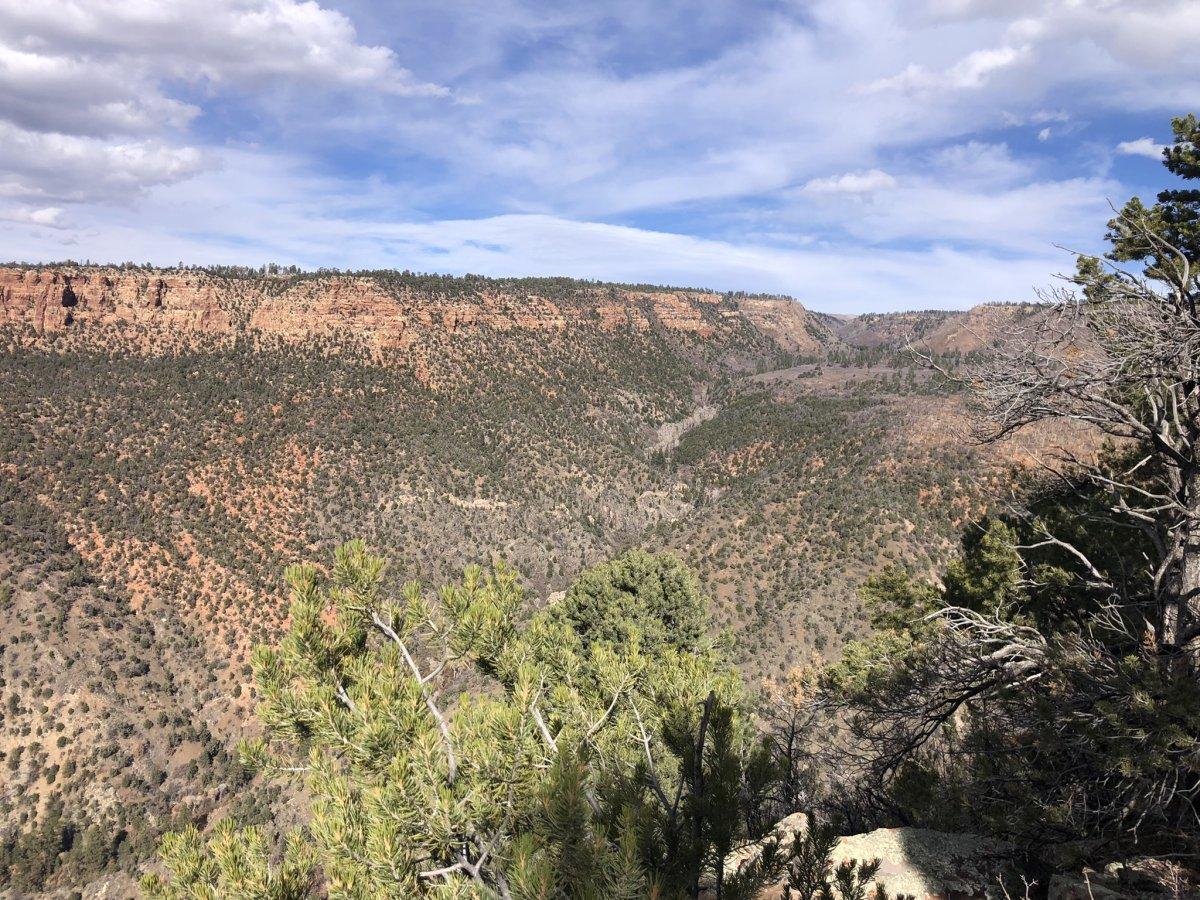 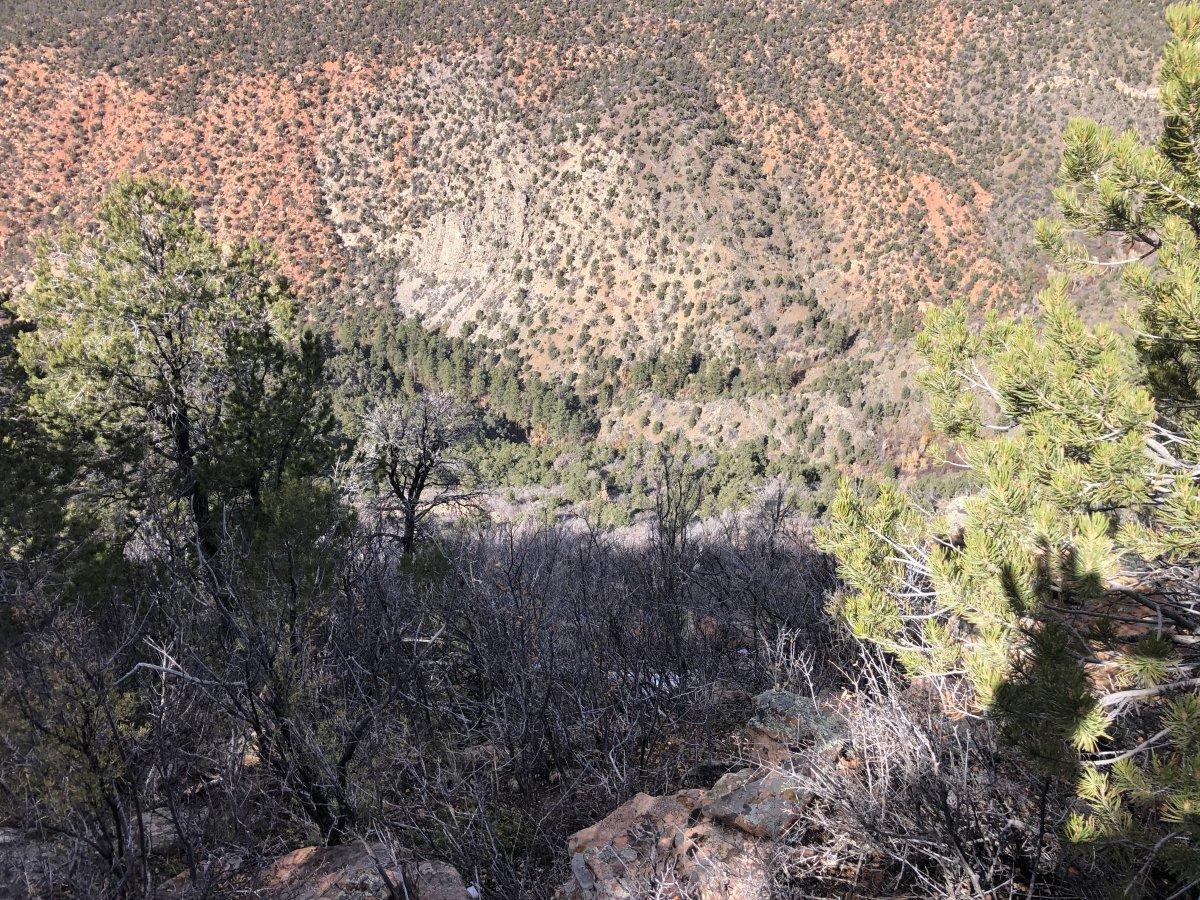 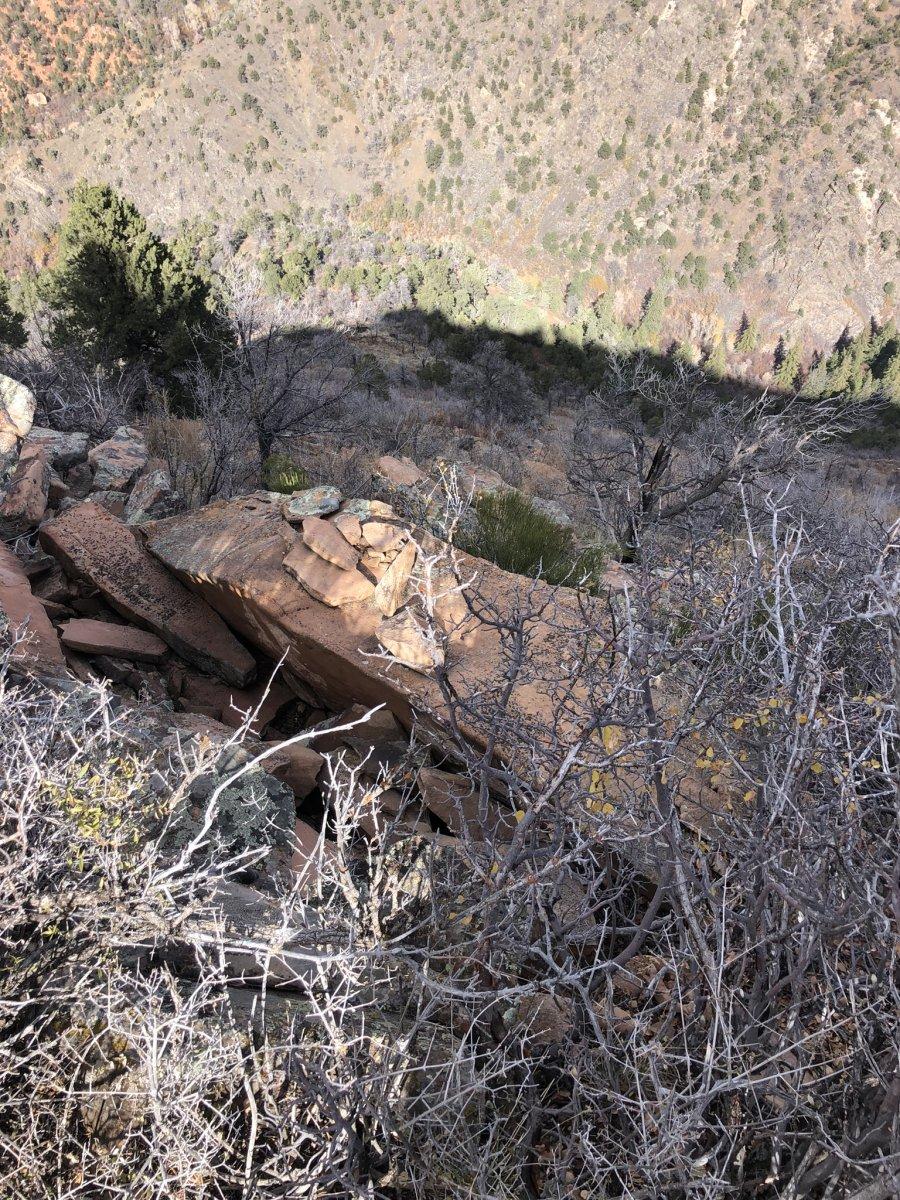 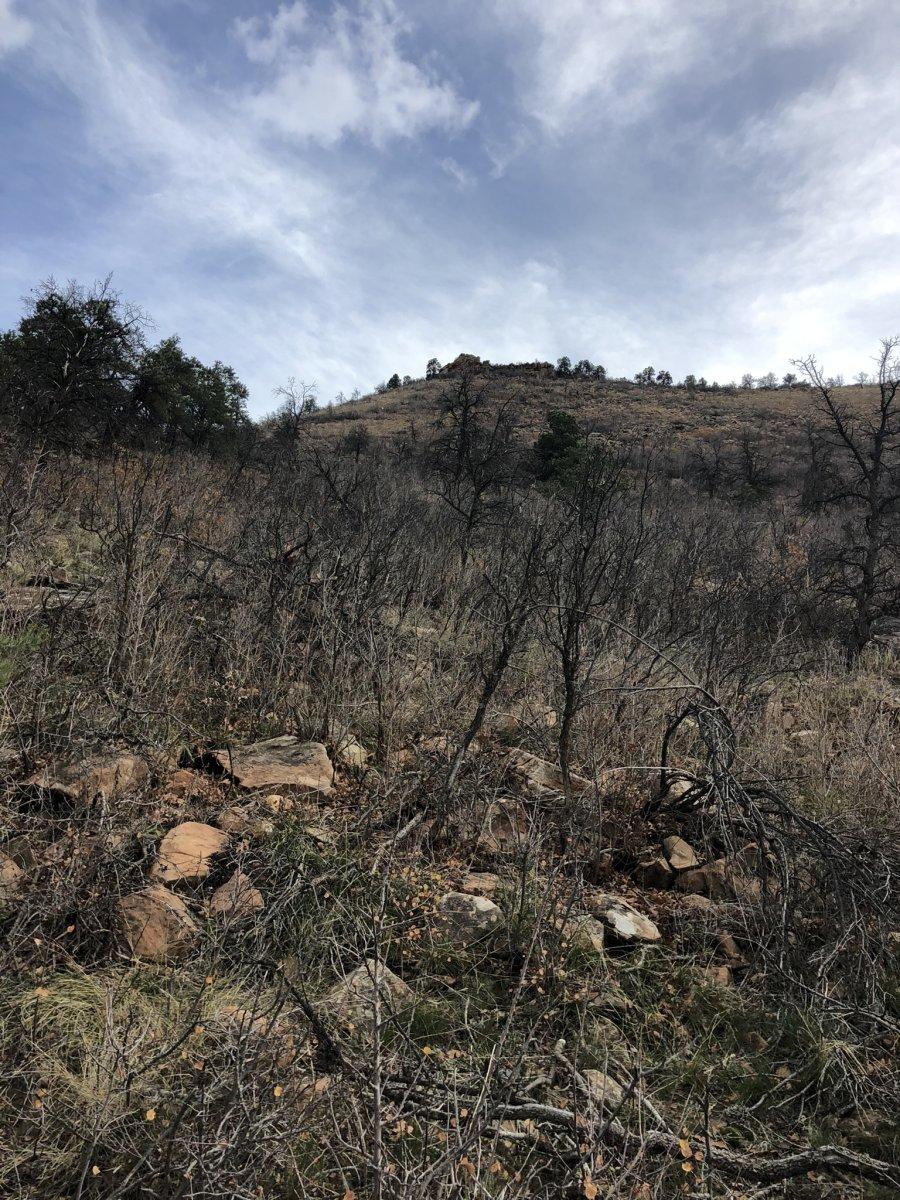 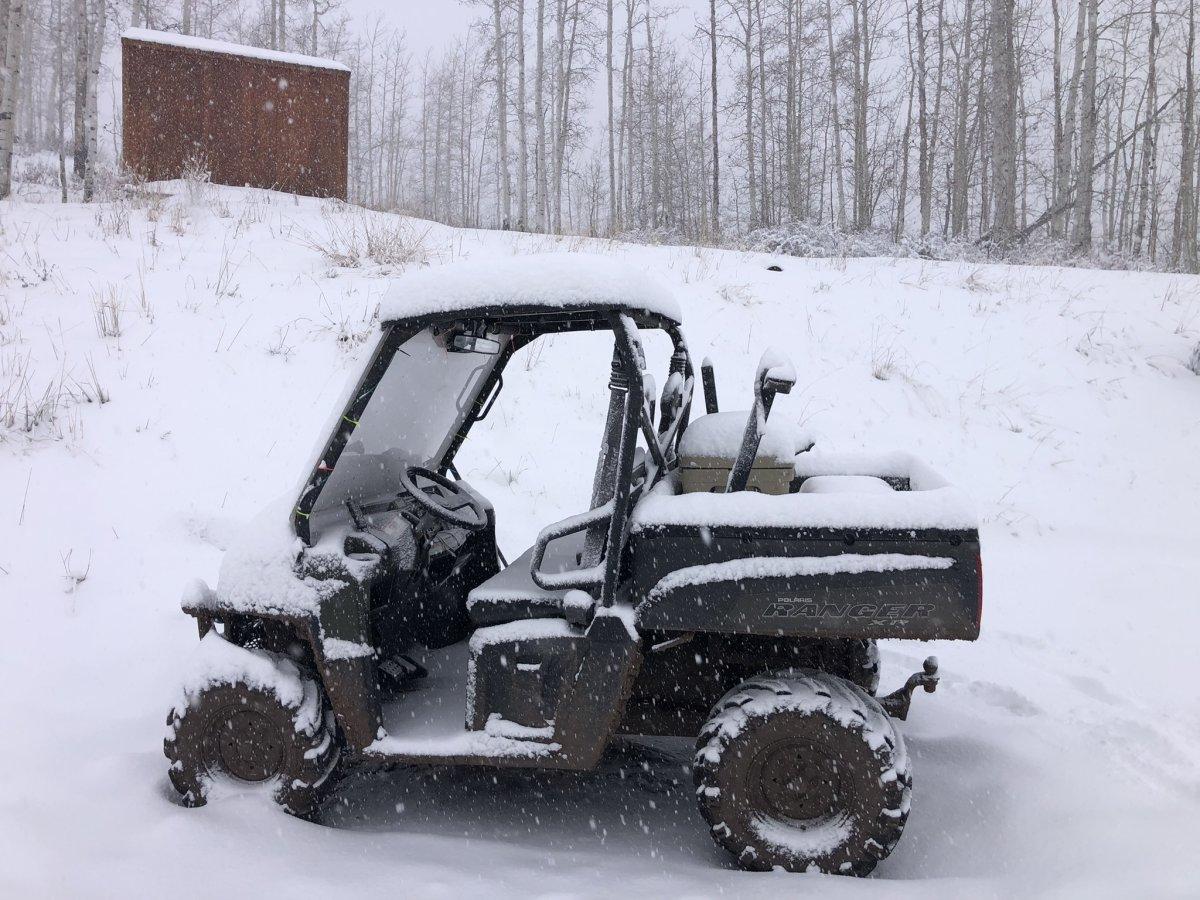 Great writeup thanks for sharing!

Great write up..congrats on your bulls

Well done and congrats both of you!

Nice job. The country and time in 61 is just as rewarding as the bulls!

Love the pictures, Plateau has been my and my wife's home away from home since 1974.
Congratulations on a couple of fine bulls.
Used my 20 points in 2013 for my last hunt in 61.
When I first started hunting there was no draw to hunt 61 or 62, always preferred 61.

If it’s gonna be your last bull hunt, that’s a heck of a way to finish!!

Congrats, I’m glad you had a great time.
G

Congratulations, those are nice bulls and it sounds like they were well deserved.

Congrats. It is truly gorgeous country!

Congrats on the nice bull!

congrats and thanks for a great write up!

A couple of great bulls congratulations

Congrats. Thanks for sharing.

Congrats on two nice bulls. Thanks for bringing us along with all the pics and commentary!

Hunt some of the finest ranches in N.W. Colorado. Superb elk, mule deer, and antelope hunting.

Great Colorado elk hunting. Hunt the backcountry of unit 76. More than a hunt, it's an adventure!

We offer both DIY and guided hunts on large ranches all over Colorado for archery, muzzleloader and rifle hunts.

Specializing in private Do-It-Yourself and guided hunts for deer, elk, antelope and moose. 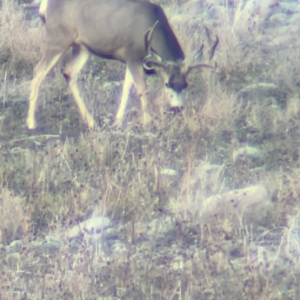 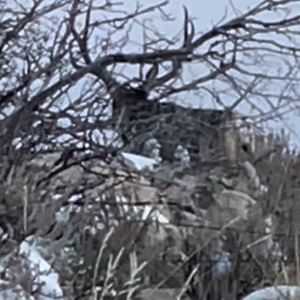 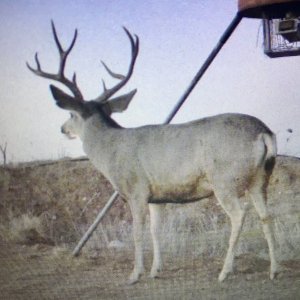 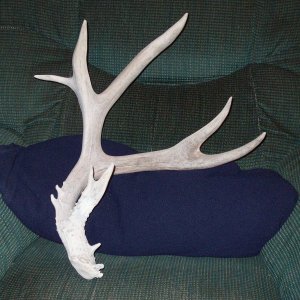 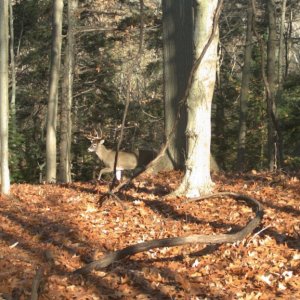 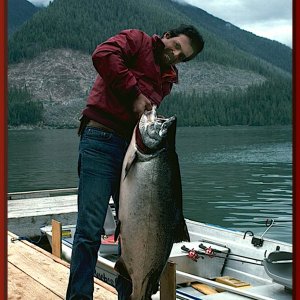 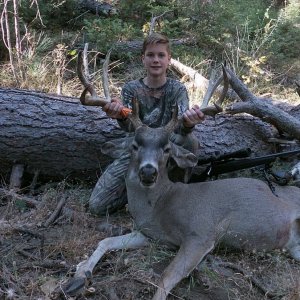 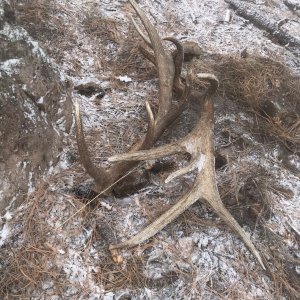 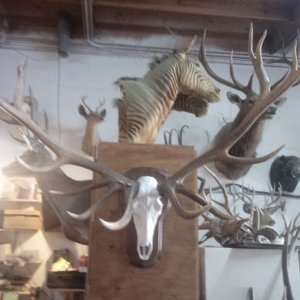 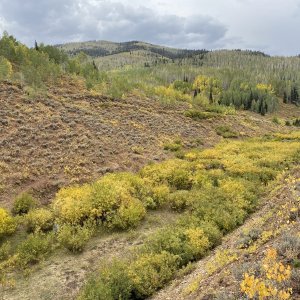 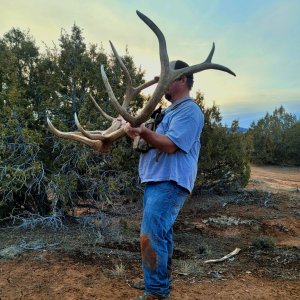 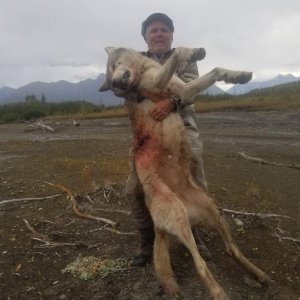