No Country For Old Men!

Had a good friends father draw a LE tag for Elk this year. It would be his two boys and I trying to help him get his bull. I spurred him into putting in for this tag. He had hopes, and has eyeing a different tag, but at 62 years young I was worried another 8-10 years wait would make that tag too difficult to hunt once it was drawn. LeRoy put in, and drew the tag we had talked about. It's as gnarly and tough to hunt as any tag in the state.

Not three years ago the old man was pounding out miles in the backcountry with us. Not with ease, but he could handle days in a row of 8-10 miles. The last couple years have started stacking up on him a little, and this could be one of his last chances to hunt country like this and finally shoot himself a 6 point bull, he's killed a handful of very decent bucks but a good bull had elduded him.

Opening morning comes, him and his boy Jake go down the a long ridge we've seen a shooter bull on. The bull was bumped off the face he was on first thing in am by a hunter, but committing to a ridge is about all you can do in this country, especially at 62 years old. They worked all the way down the spine then back up and stayed in the head and glassed until night fall. They heard a few elk right at dark. I had spotted a decent six point on the far end of one of the knobs and was hoping that would be where we would fo the next day. It's a long walk down but it's not super rigorous and you can be picked up in the bottom, little over 6 miles. The old man over ruled and wanted to hit the head of the canyon they were in the night before, I think two things were at play. One, tired legs. Two, there were elk in the head.

On day two, him and his other boy Drew went in. Jake and I stayed out to glass I picked up two bulls at very first light but, can't make out size due to it being to dark. I'm radioing with no response, for a good 45 minutes. The bulls were headed in a direction I thouight they would be able to pick them up though. I finally get a radio response, his son had forgot to turn it on at first, then I also had mine muted once he got it turned on lol (damned Rhino trick). Anyways they copy back that they are on a good bull.

LeRoy had bought a tri pod for shooting long distance. They had elk moving and first opening was gonna be 700 yards, they work to get set up and into a good shooting position but the Bogg tripod is too high. Legs fully extended they are pushing a little to get it just a bit lower, it breaks all three legs... Thinking quick they, take the unbroken center portion and shove it in a pack to give some stability. The elk keep moving and are now out of sight. Drews catches a cow going over another finger, they book down to get a good vantage and close the distance. They set up as the bull walks into the small opening on the finger. At 400 yards he stops breifly. Shot fired, it's a clean miss. Second shot fired, and the elk moves off, not sure on whether he was hit or not.

They continue to glass the area and then pick up one of the cows bedded across on a brushy ridge. They radio that they have visual on the bull. He is not hit (pheww) and is 20 yards above one of the cows raking a tree. After two misses, I'm assuming LeRoy might be a bit rattled and possibly have some anxiousness/bull fever, he normally shoots very well. I radio and say if they are bedded, they aren't going anywhere, we have all fuggin day to kill this bull, wait till the shoot feels right.

Not five minutes later I pick out a twosome of hunters one ridge over on the same side. They are laying out prone on packs behind a gun. I radio back and tell them there is another hunter above them and is in the game on this bull. She is on and off the gun multiple times. Finally they pick up and go up the ridge, Im thinking they are maybe moved off until they pop up over onto the next finger and set back up. I let our guys know they are back in the game and are setting set up to shoot. They say they ahve no visual, and don't think the other hunters woudl be abel to see him either, they said there is a six point that can be seen but not the big bull. To be out of their ear I let them know, you have to kill this bull the second you get a good shot.

We have one scope on the tandem of other hunters above our guys, to let our team know if something changes, and I'm working at picking apart this timber to see if I can help find the bull before they do. All of a sudden, we hear the report of rifle, I snap out of my glass and look at Jake, who has eyse ont eh other group. Before any words are spoke there is a second shot. Jake then confirms that it wasn't the other hunters. We then hear the greatest two words one can hear in November.... Bull Down!!


The two other hunters, Father and Daughter slugged shoulders, and I couldn't help but feel bad for them. They had hunted it right and were in the right spot also. In addition there is just a soft spot for a Dad and Daughter out hunting, but this was LeRoy's bull, and might be his last in country like this. They were a class acts and had come down and talked to our crew and confirmed he was dead from their higher vantage. All we could see was him tip over backwards and tumble into the brush. A good call by Drew, as well as LeRoy's quick and accurate shooting, got us this bull. He had assumed the bull would come out and check that cow, so the gun was dialed for that distance, the second he showed, LeRoy hammered him. He was stone dead on his feet with the first shot and before he could even tumble LeRoy hammered him with a second one more for good measure.

We got the first load out that night, and when we got to the top, was welcomed by a buddy who had moved a rig for us, and he had another surprise. There was also an outfitter (I couldn't see) set up on this bull and was gonna kill him, they had video (If anyone knows how to post this let me know, it's awesome) rolling and had gotten the entire final sequence on video. What a cool things to have to top off an awesome and successful hunt.

A quick photo dump of the hunt on the following post... 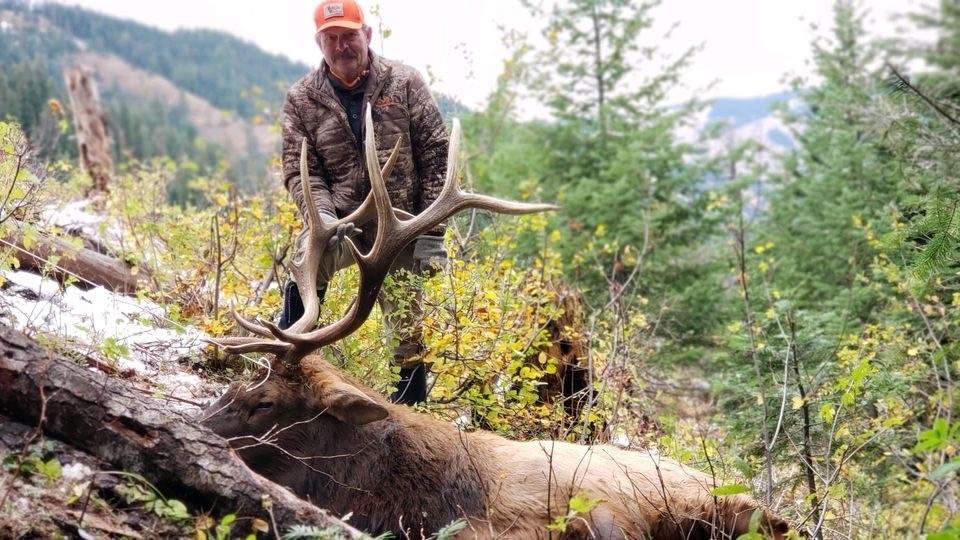 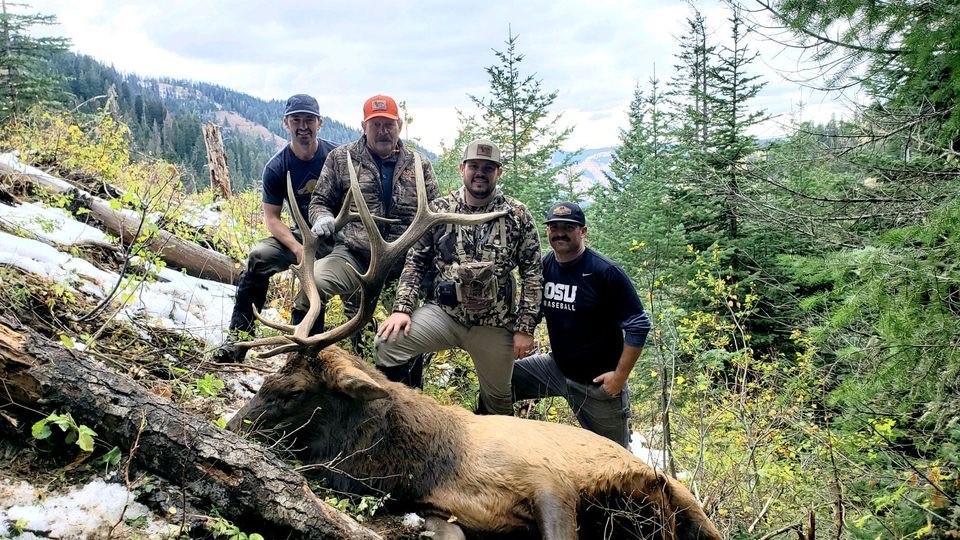 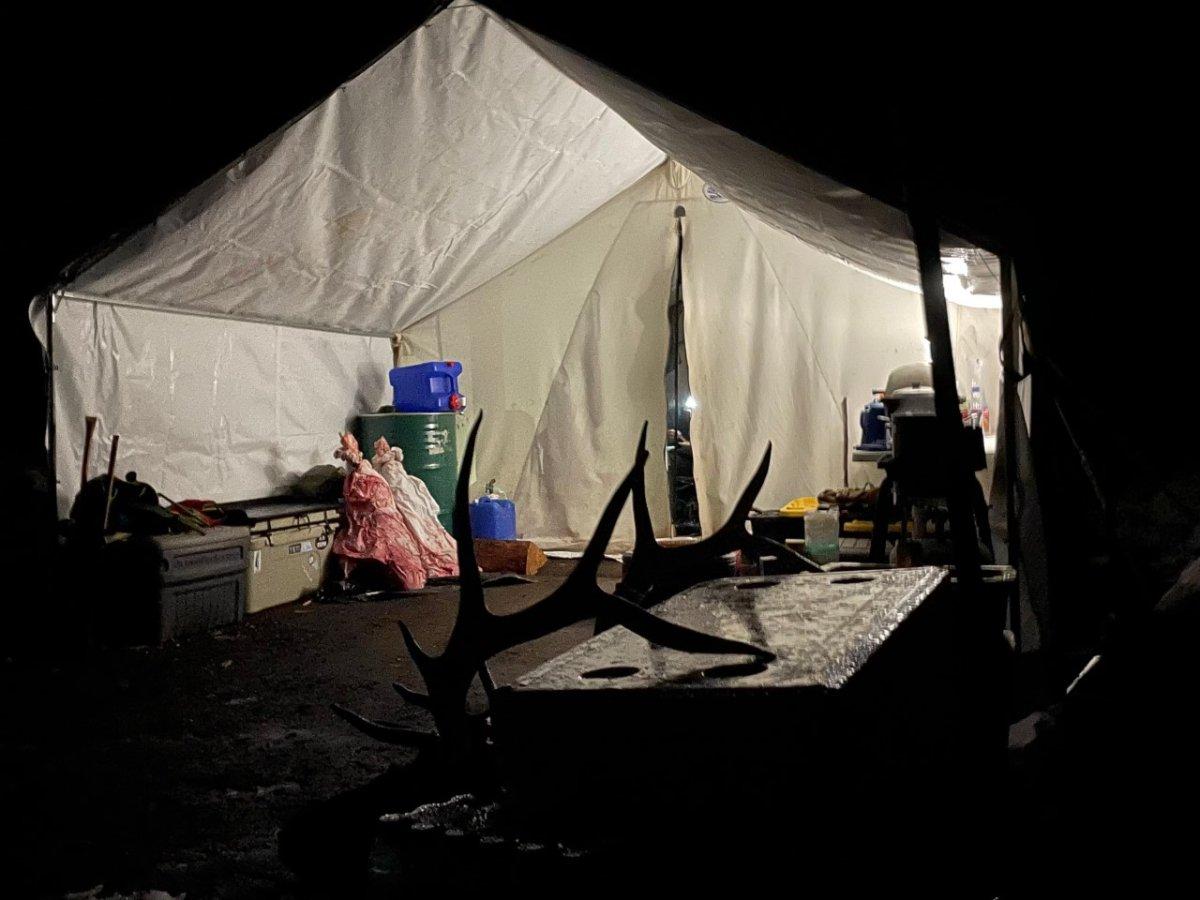 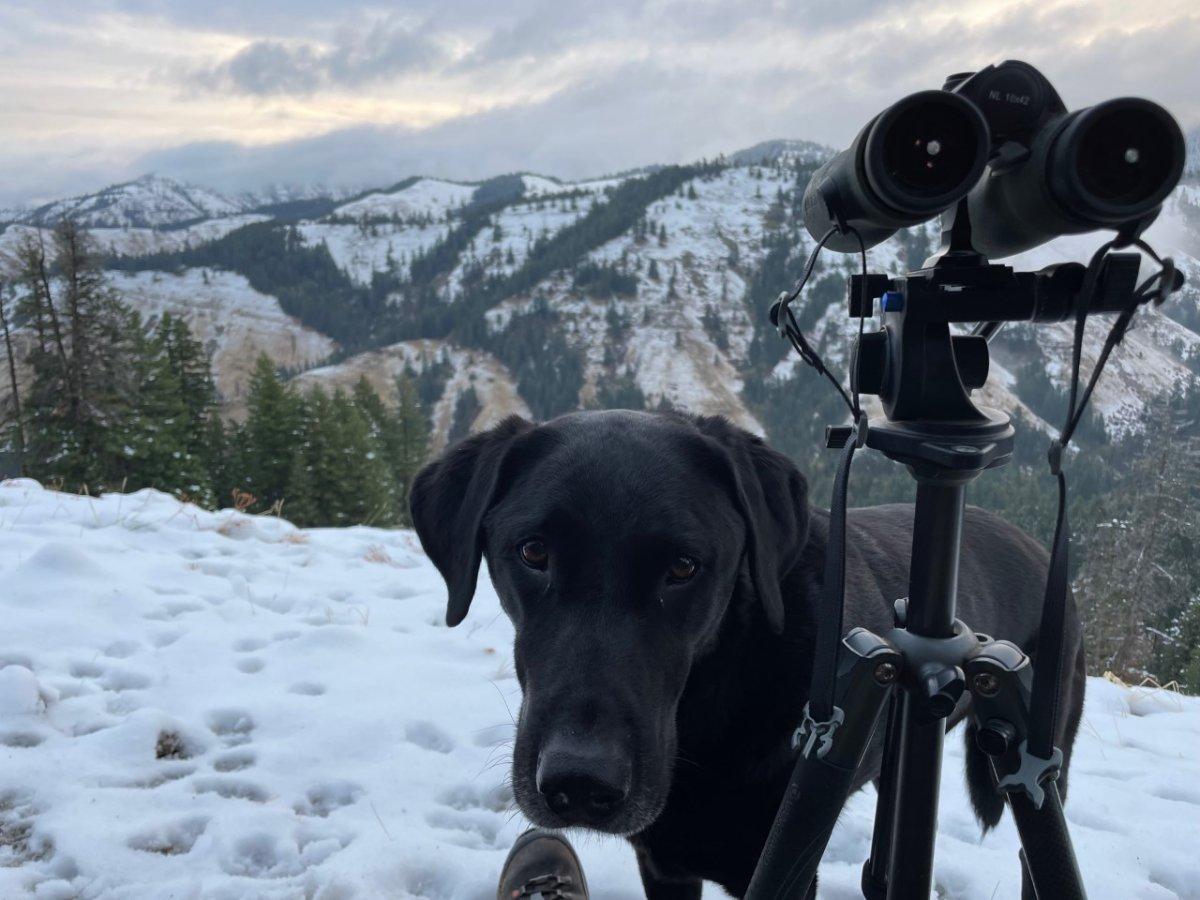 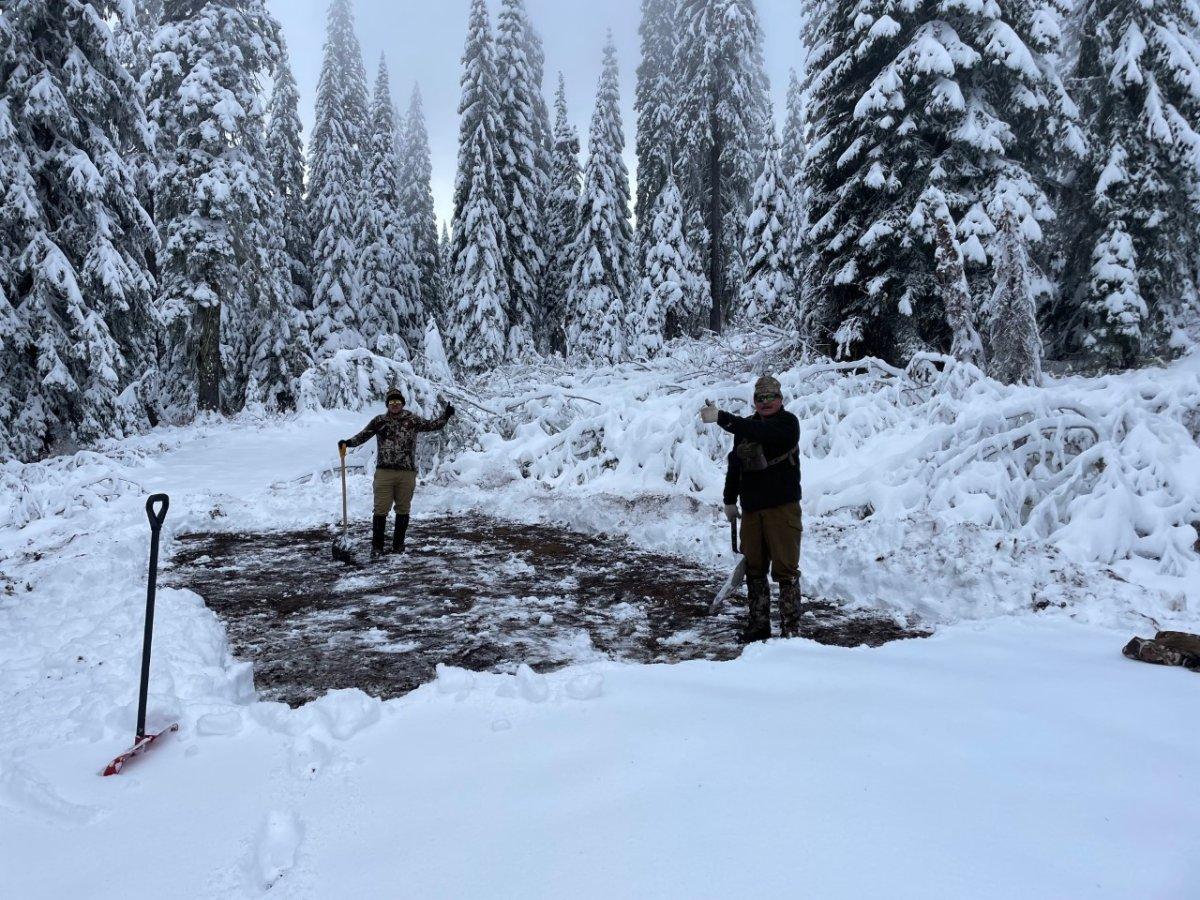 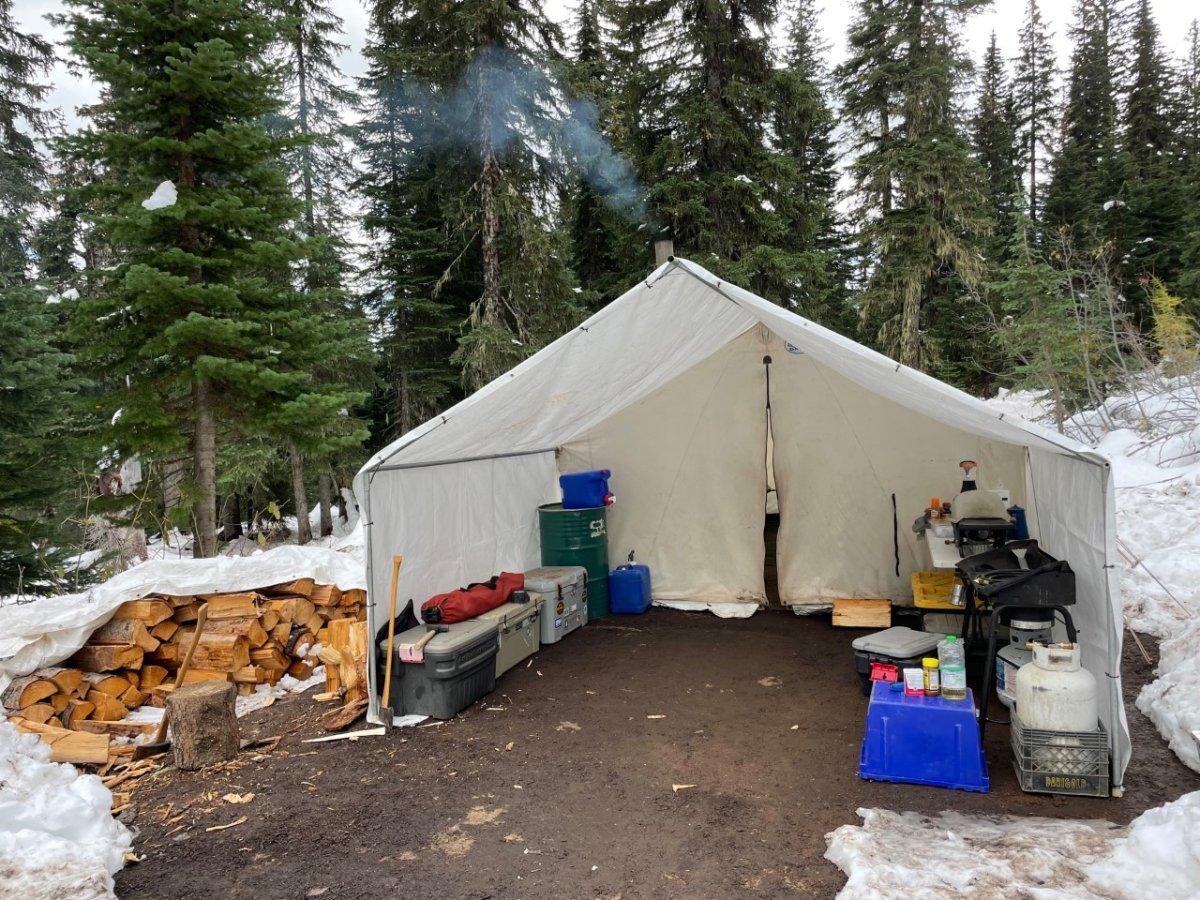 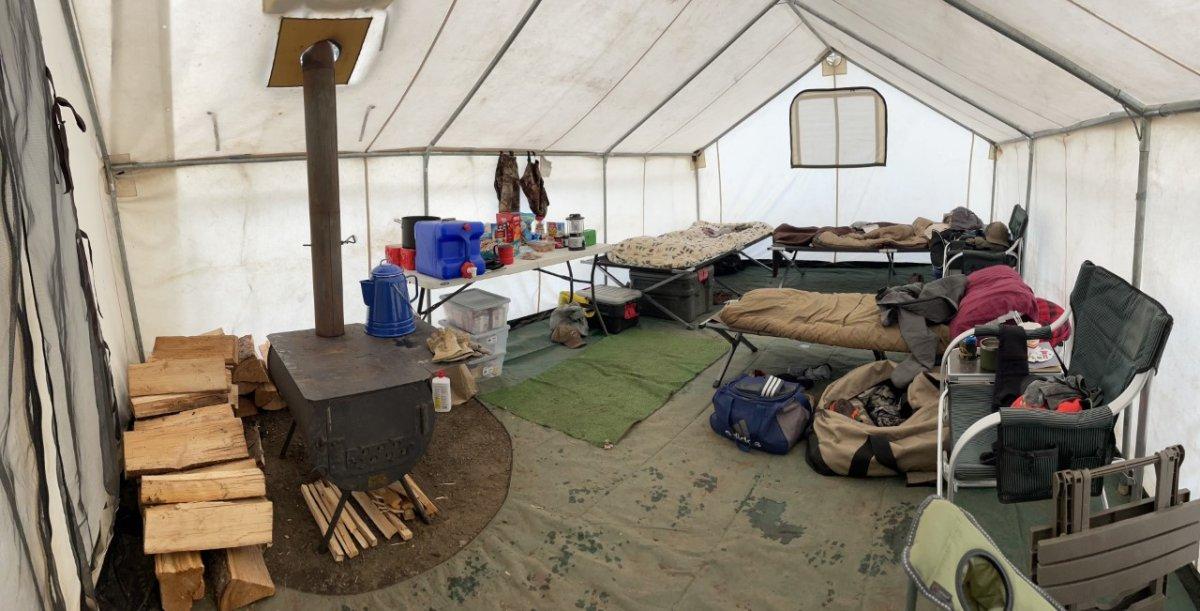 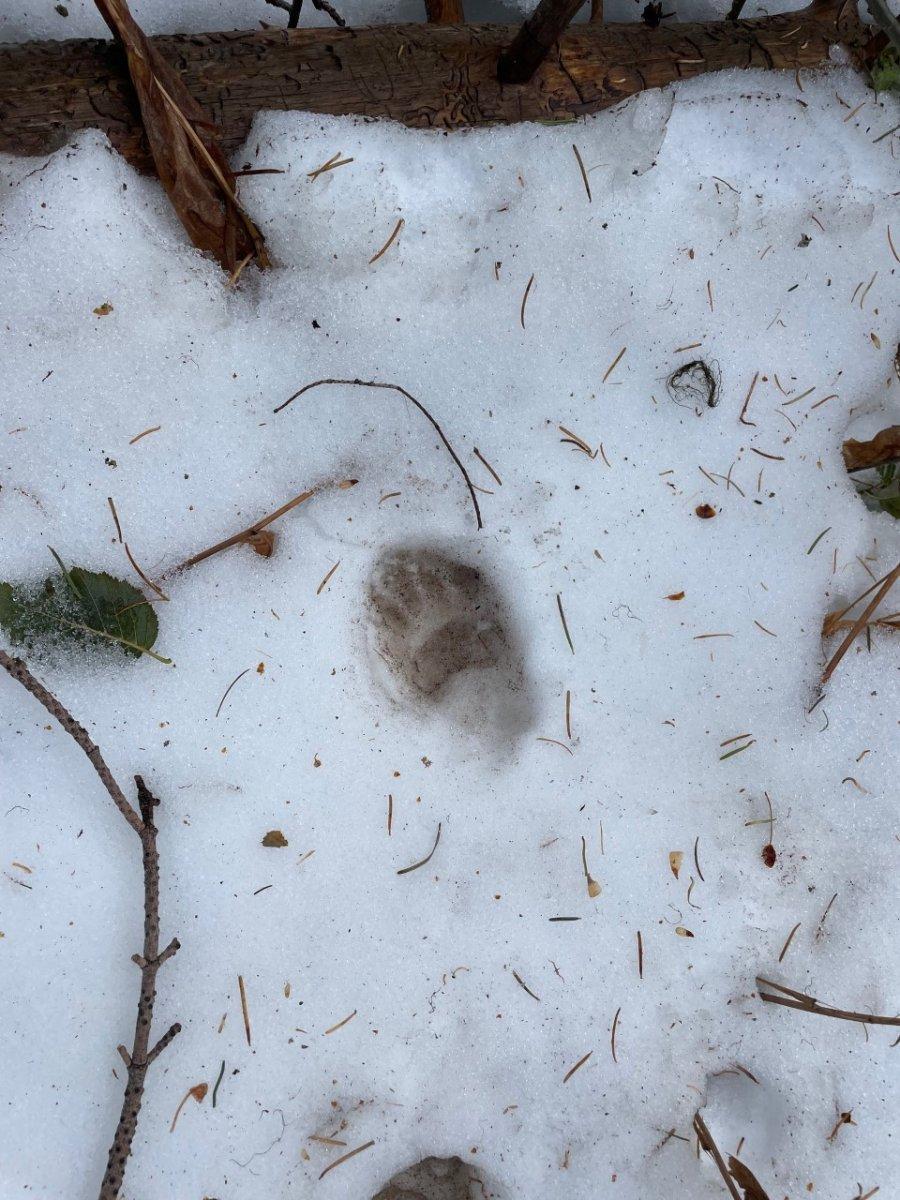 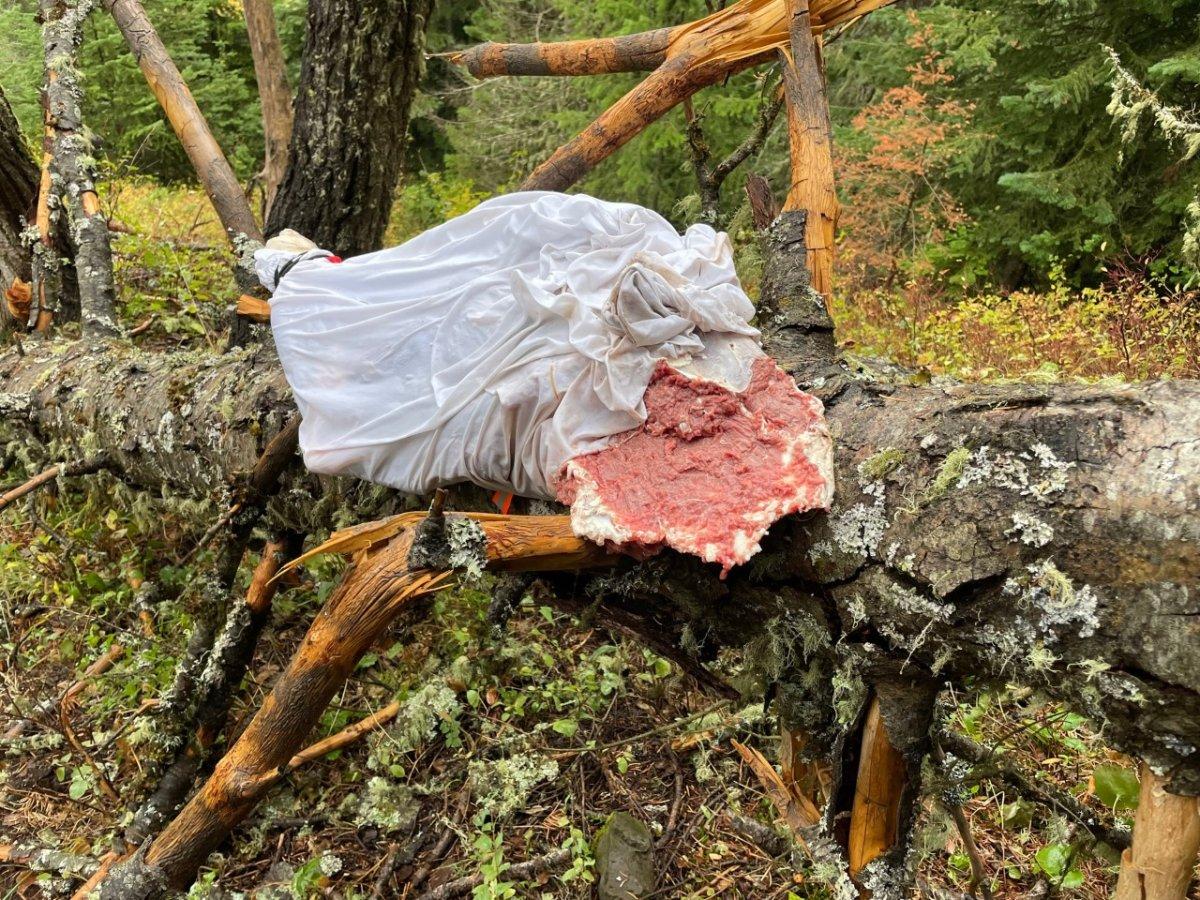 I think a kitty got into one of the quarters we had to leave on the mountain over night... Luckily it wasn't the bag of choice cuts...

Great story. Thank you for sharing.

Very nice...congrats to him!
P

Great story! Congrats to a fellow gray head. Just got back from my own rough country bull hunt that may be my last. Write up in Colorado forum.

Way to go , looks like a hunt for the memories you will never forget , Congrats !!

Great story and congrats..enjoy them all while you can the years overtake you before your ready

Such a great hunt, congrats to him! thanks for the write up and pics, good stuff!

That wall tent setup is nicer than my house. Great bull!

I love your camp set up, what's the size of your tent?

Great story, great bull, and thanks for sharing! -----SS
J

Congratulations to all and thanks for posting a great story.

Not a bad way for LeRoy to wind down.
Well done.

littlebighorn said:
Not a bad way for LeRoy to wind down.
Well done.
Click to expand... 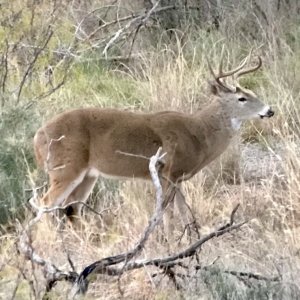 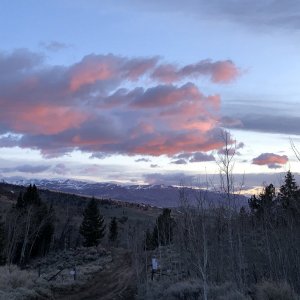 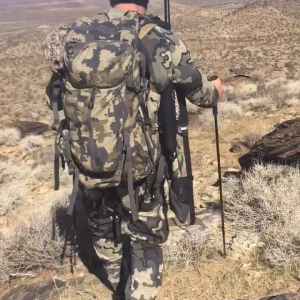 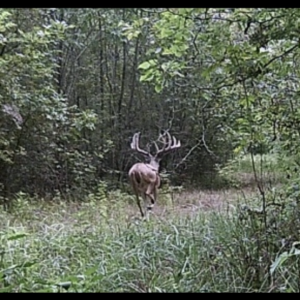 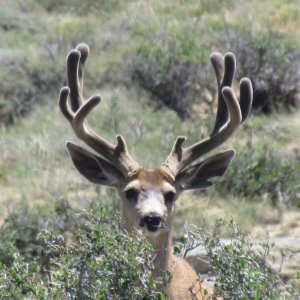 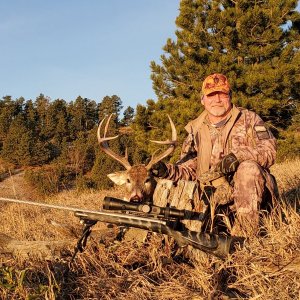 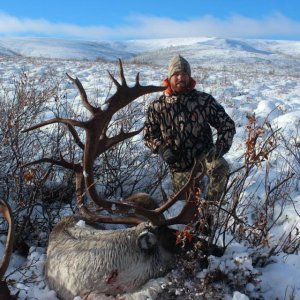 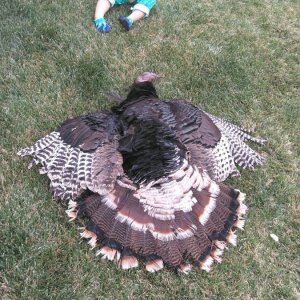 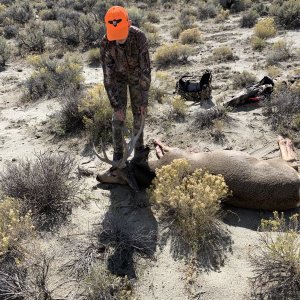 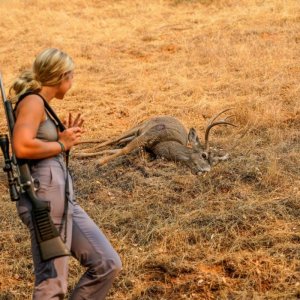 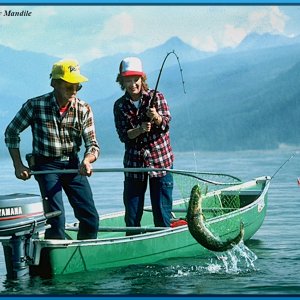 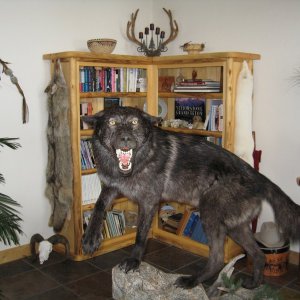