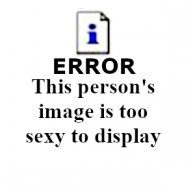 Tony Mandile lives in Glendale, Ariz. and has wandered the waters and woods for more than 55 years in pursuit of game and fish. During that time, he has traveled around North America to fish or hunt in 39 states and 10 Canadian provinces. He has also hunted and fished in Africa, New Zealand and Mexico.

Mandile began a part-time writing career in 1969 and has been a full-time freelance outdoor writer/photographer for 38 years. His 30-year active membership in the Outdoor Writers Association of America (OWAA) included three years on the board of directors. He has also served on the board of the Western Outdoor Writers (WOW) and the Professional Outdoor Media Association (POMA), which he helped create in 2005. He was a contributing editor for ARIZONA HUNTER & ANGLER magazine for 10 years, and wrote seven years as the Arizona Editor for OUTDOOR LIFE magazine. Mandile wrote his book -- HOW TO HUNT COUES DEER -- with noted guide Duwane Adams in 2003, and the Arizona Game & Fish Commission selected him as "Outdoor Writer of the Year" for 2011.