So I always get a kick out of scores that are guessed on animals and the wide range of numbers that are given. I want to play a game, no prize or anything will be given, I just want to show how a picture may be deceiving and a deer might score more or less than is obvious by just looking at a picture.

I'll post a group of pictures for you to look at and guess the score of each deer. I know the score of each one and can promise no tape stretching took place because I absolutely hate that crap. I honestly don't think that score matters as long as you are happy with the animal, but I typically score them just as a good source of knowledge of what a deer roughly scores when looking at them alive.

So let the games begin! No shame in guessing and being wrong, it just sounds like fun since it's a slow time of year with nothing better to do. I'll list 9
pictures and you can just guess the scores in order. i'll post the actual scores in a week. 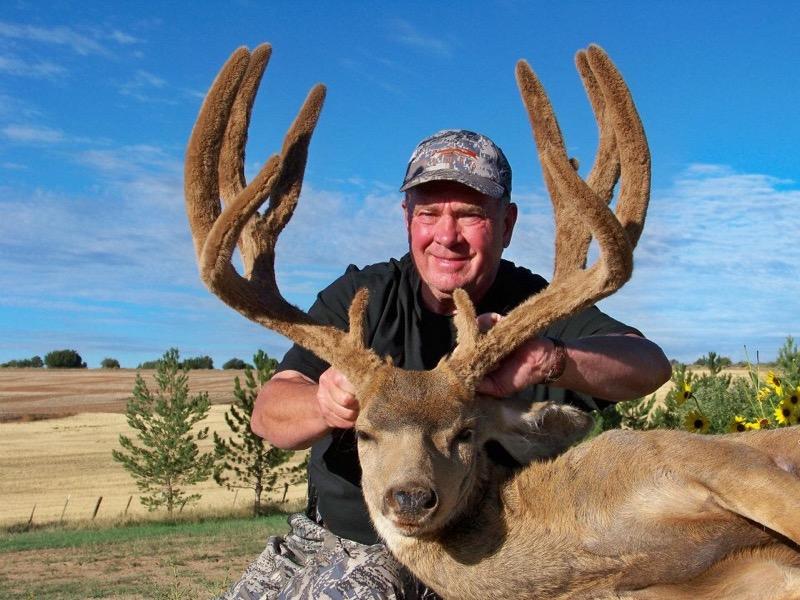 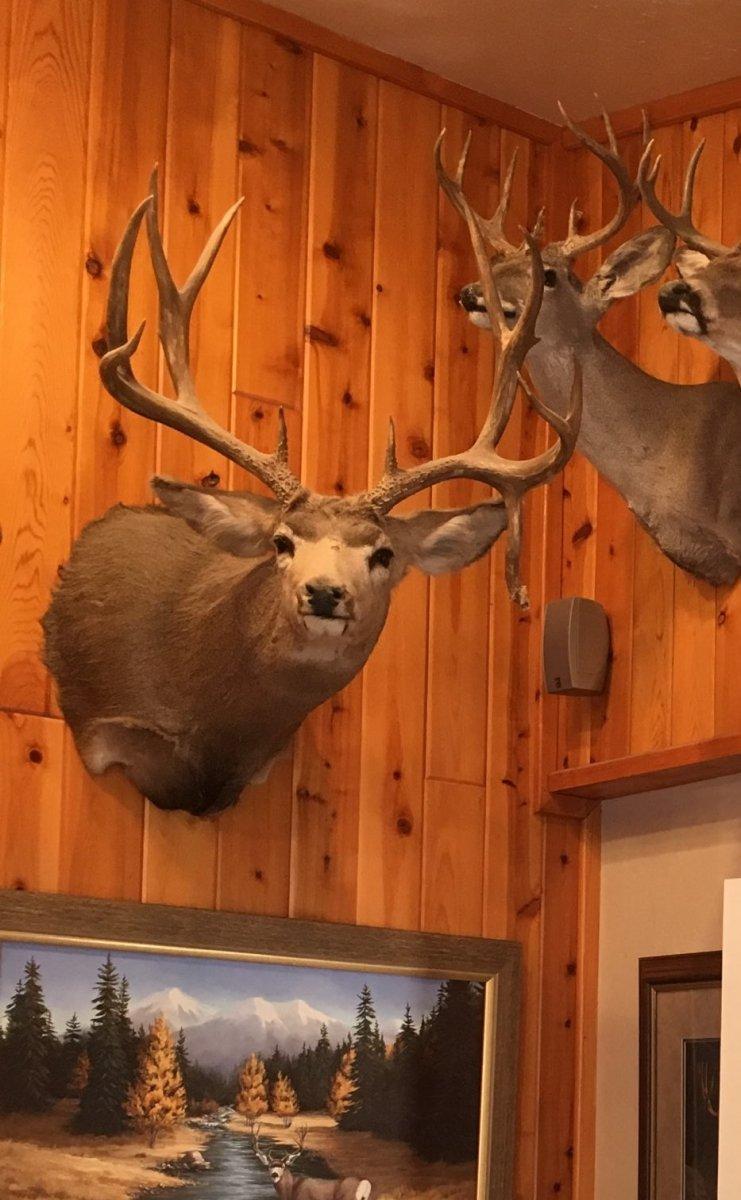 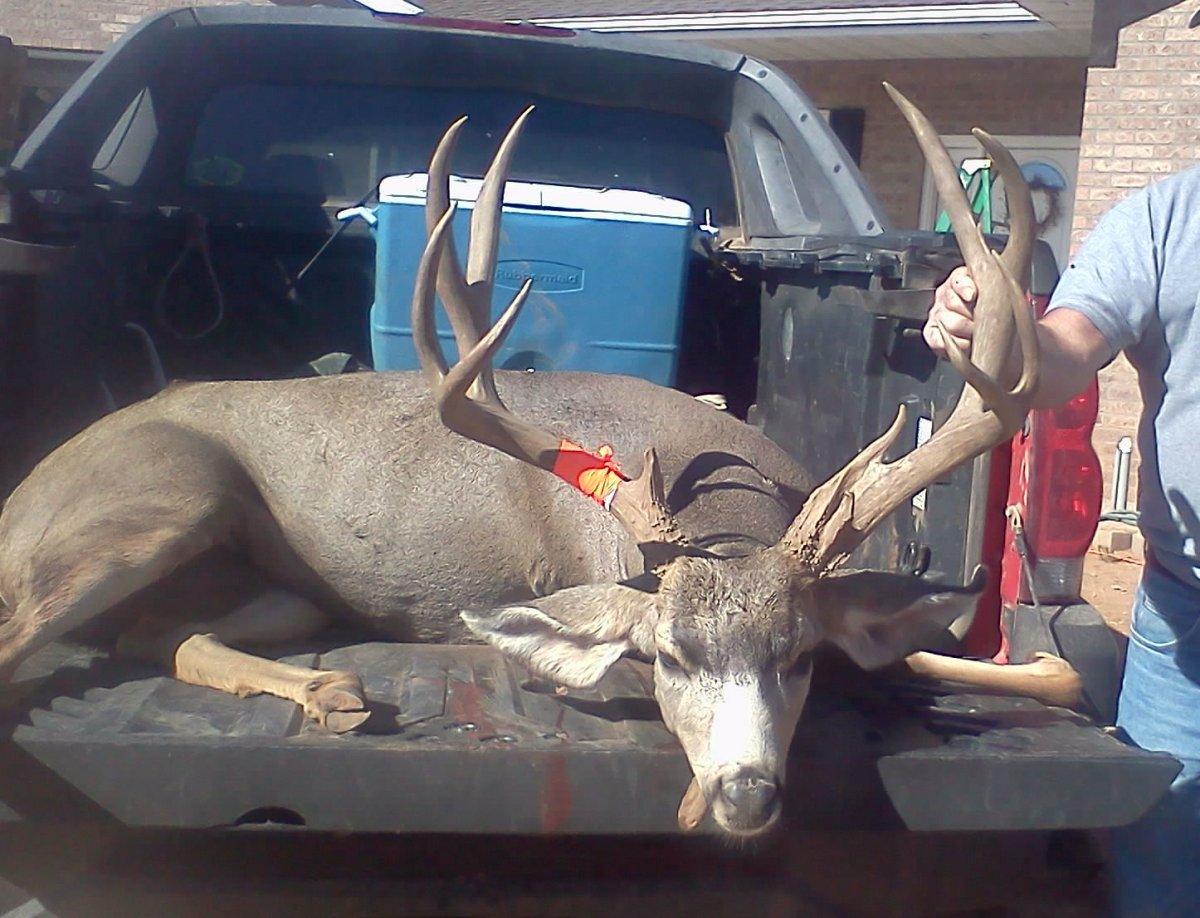 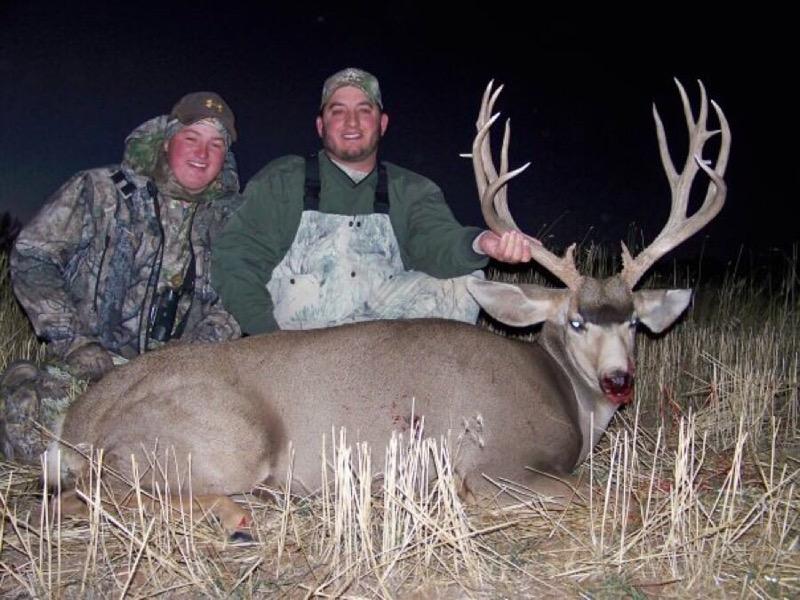 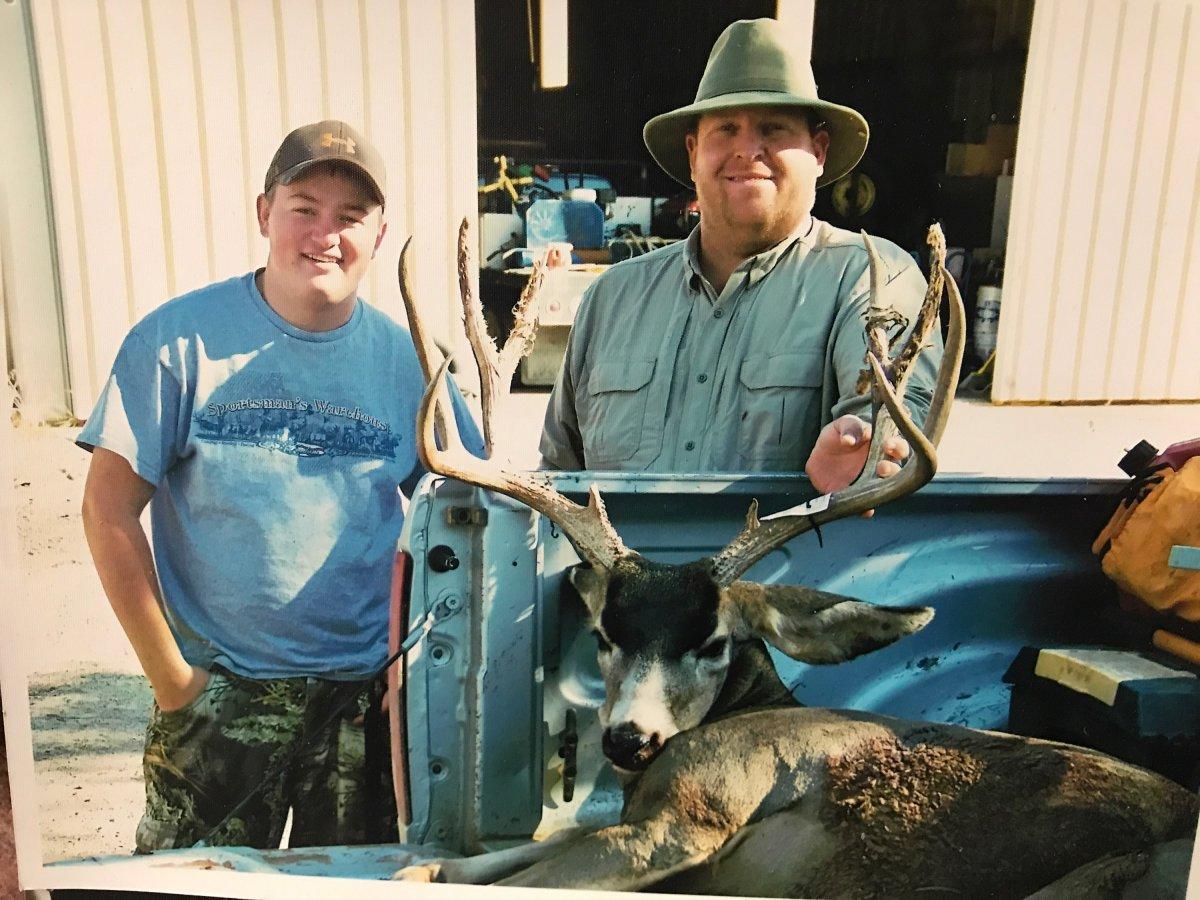 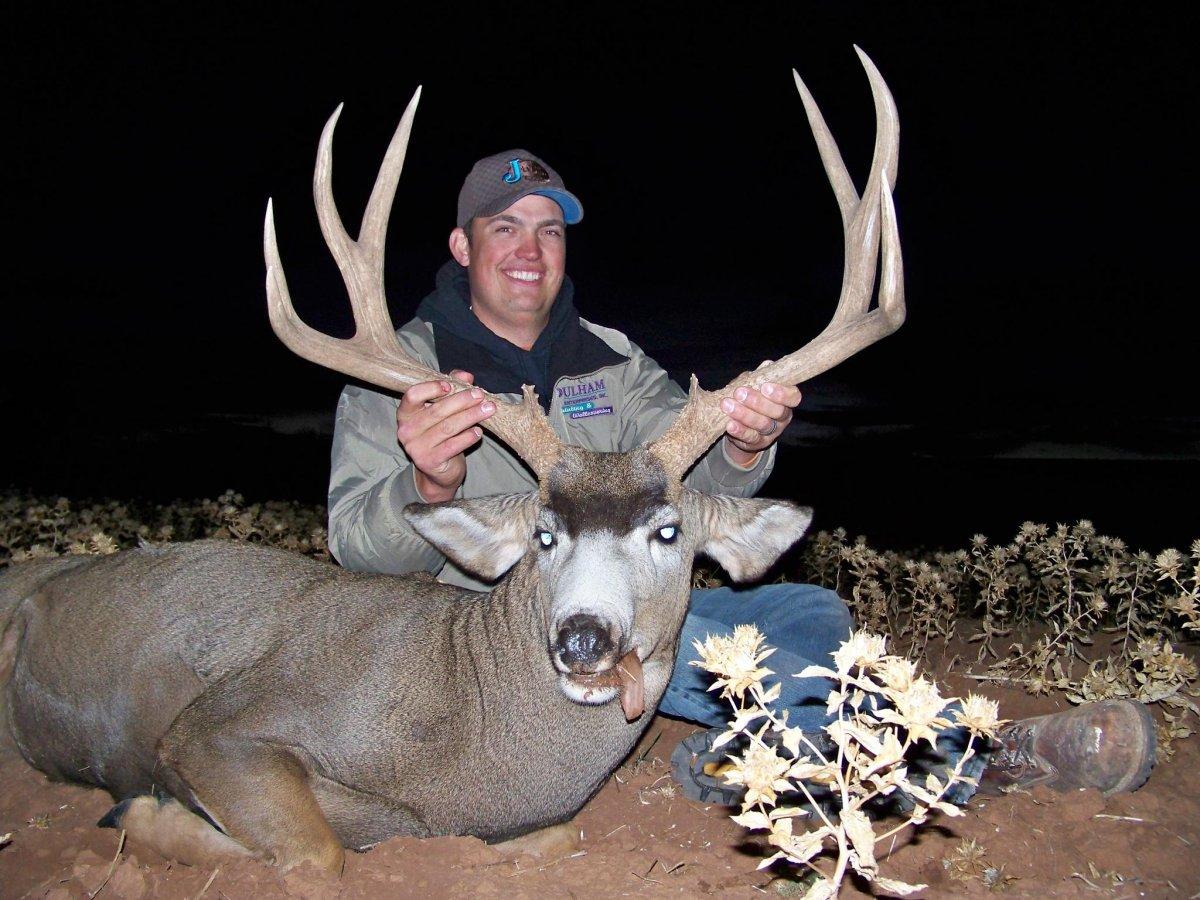 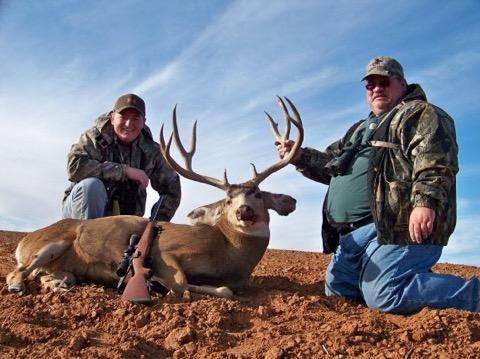 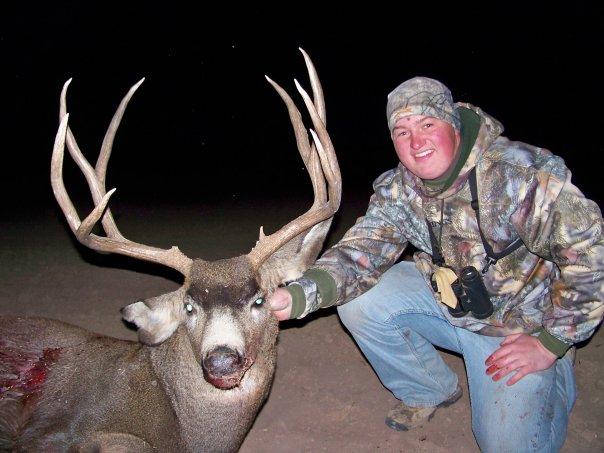 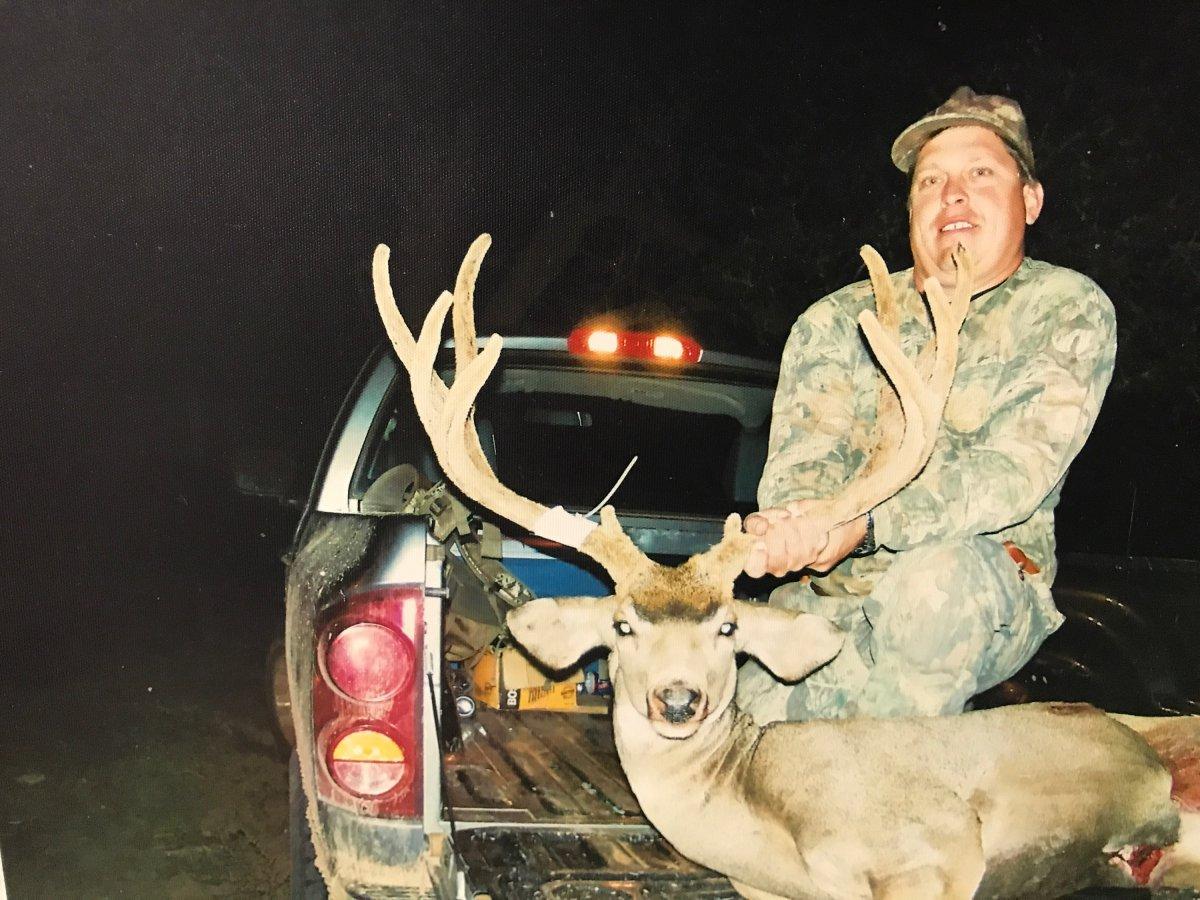 Officially measured or not? Net (official) or gross?

sorry. not officially scored/measured. just scored by me in the presence of others. all gross measurements (i like net scoring is a sham). just scored the way b&c scores deer per their website/instructions.

Here's my 5 seconds or less guess for each critter! Thanks for the game! It is a pretty boring time of year...

I'll look 'em over Monday and throw my hat in the ring for the cash award! haha

Leave it to the "official Measurer" to roll his eyes. LOL

Leave it to the "official Measurer" to roll his eyes. LOL
Click to expand...

HAHA, BOHNTR, some of us can run a tape even if we are not recognized by an organization to do so. I tend to give the benefit of the doubt unless it seems outrageous. But most of the time even an official score sheet wont sway some guys.

Now Picture scoring may be a whole other thing, but its alway fun to guess. Already noticing some big swings in scores on some of these bucks.

here's another for you JakeH....


Homer said:
here's another for you JakeH....

Elk! The picture is of a Lynx I saw in British Columbia last fall. He was one of about 15 we saw. They are super neat cats, too bad the season was closed.

I am in no way, shape or form an official scorer. I do however know how to measure animals well enough that the scores are close enough to go on. And i have been around when animals that came in to the taxidermy shop i worked at were officially scored. It's really not rocket science whatsoever.

My whole point in this exercise is to show that sometimes pictures can be deceiving and that we may not always be correct even though we feel that we are. This is why I believe you should always shoot an animal that makes you happy based on looks and worry about the score later. Because 3 of these bucks score the exact same yet they are all very different from each other.

Those are a bunch of great bucks. I think some of them are much better trophies than their score will reflect.

All are gross scores

Okay, here are the correct scores for each deer and info as to why you might have guessed incorrectly from just a single picture.

Thanks for playing along. I just think we oftentimes think we are experts, but most of the time we don't have all the info, or maybe there's more to it than meets the eye. Sometimes that firsthand knowledge of something is worth more than what others see looking in from the outside. Go hunt for yourself and kill what makes you happy.

#1 (top picture with velvet buck) 201" This picture is quite deceiving. The buck is much taller than the picture suggests. There are also about 7 inches in kickers hidden in the picture. You wouldn't believe how heavy his horns were. Great forks. Great deer.

#3 (truck bed buck with strange eyeguard) 177" This buck was very heavy which helped him a lot. He has one strangely large base with an extra point that helps a little as well. Picture doesn't represent this buck very well, but he had tons of character.

#4 (buck with lots of extras) 190" He had almost 42" of mass and 13" of trash. This was an old deer. Oddly enough we didn't pose this deer for the picture. All we did was pick his head up, he died laying exactly like that.

#5 (truck bed buck and guy with funny hat) 179" Hard to tell but this deer had great beams and great front forks. Decent back forks but not much mass.

#6 (heavy 3 point in the dark) 172" This buck had a ton of mass and great inside spread. He actually a 4 point on the deer's right side but hard to tell in picture.

#7 (buck in dirt field with big guy) 186" This picture is truly deceiving. This deer had great mass, awesome back forks and great eyeguards. The hunter had a hard time posing him correctly so you can't tell but he's actually got good front forks as well. I hunted this buck all year and my last hunter finally killed him.

#8 (buck in dark picture with lots of blood) 172" This deer has awesome forks all around but that is all he has. No mass, no eyeguards, short beams, narrow. He looks awesome on my wall though and was 8 or 9 years old.

#9 (velvet but in back of truck) 172" Buck was 30.5" wide and really tall. not much mass and weak fronts, but a really cool deer. I have the kill on video somewhere but can't seem to find it.
H

money, it looks like you, your family and friends have taken some nice bucks. Thanks for sharing, I enjoyed them.

WVHUNTER said:
money, it looks like you, your family and friends have taken some nice bucks. Thanks for sharing, I enjoyed them.
Click to expand...

Been blessed for sure! 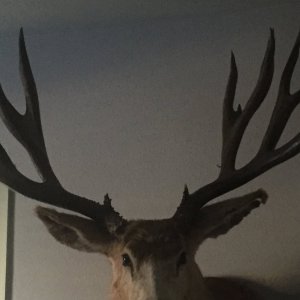 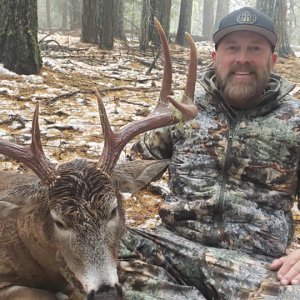 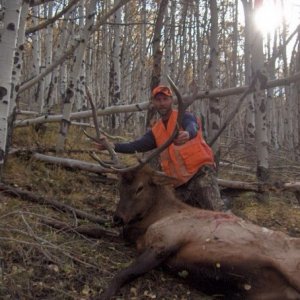 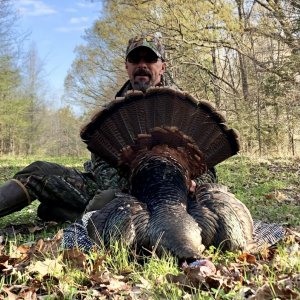 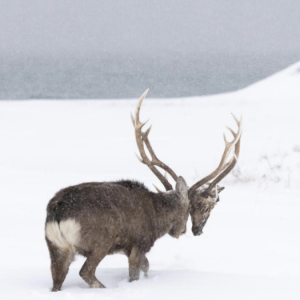 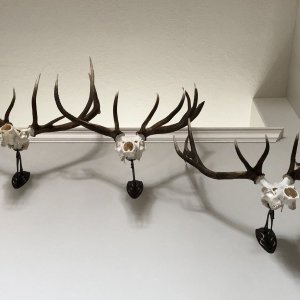 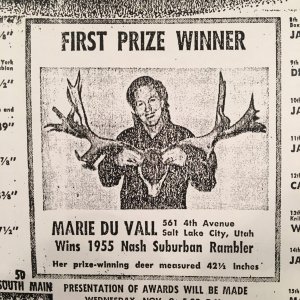 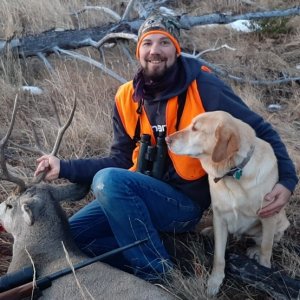 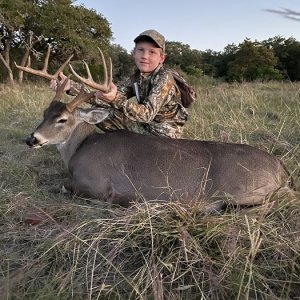 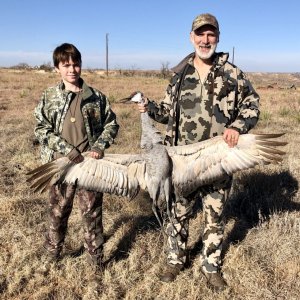 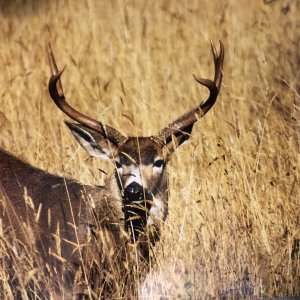