Since my accident I have been putting in for every state that has some sort of disabled hunts. This is the first one I have drawn. I had plenty of points, but with only one NR tag it was all random.
I hired AZ custom hunts and had a great time. I just have to have help now. It’s kind of weird having a guide as I was a full time guide for 15 years. But it was great.
I realized really quick that place is thick! The burn is where most of the deer are. But having 7-10’ tall aspens everywhere made the glassing tough.
We saw the buck I killed early, and I didn’t know if I wanted to kill him quite yet.
We saw a giant driving and he ran across the road to the side I wasn’t on. He hung around long enough to let me get out and almost get on him. If I just had two arms that work!
Went back and relocated the buck from before. Took a few times seeing him, but we finally got a decent shot. 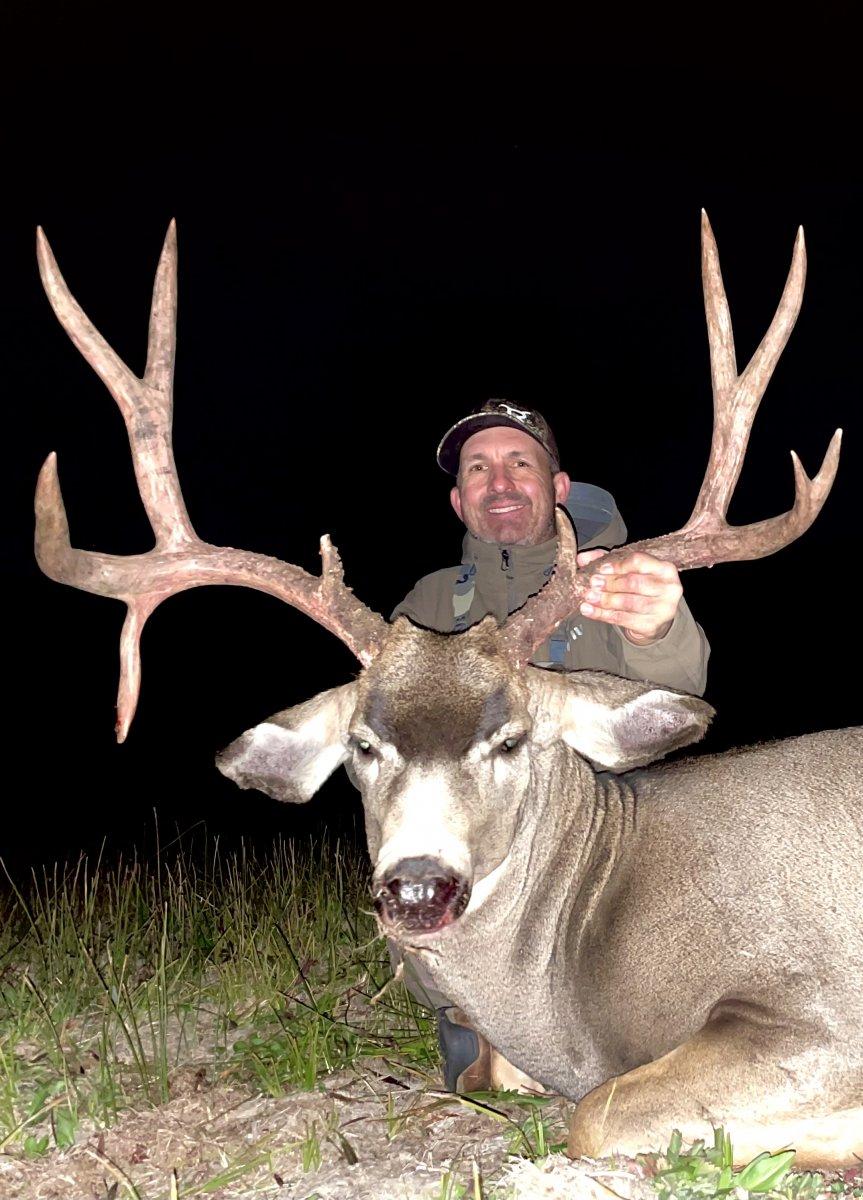 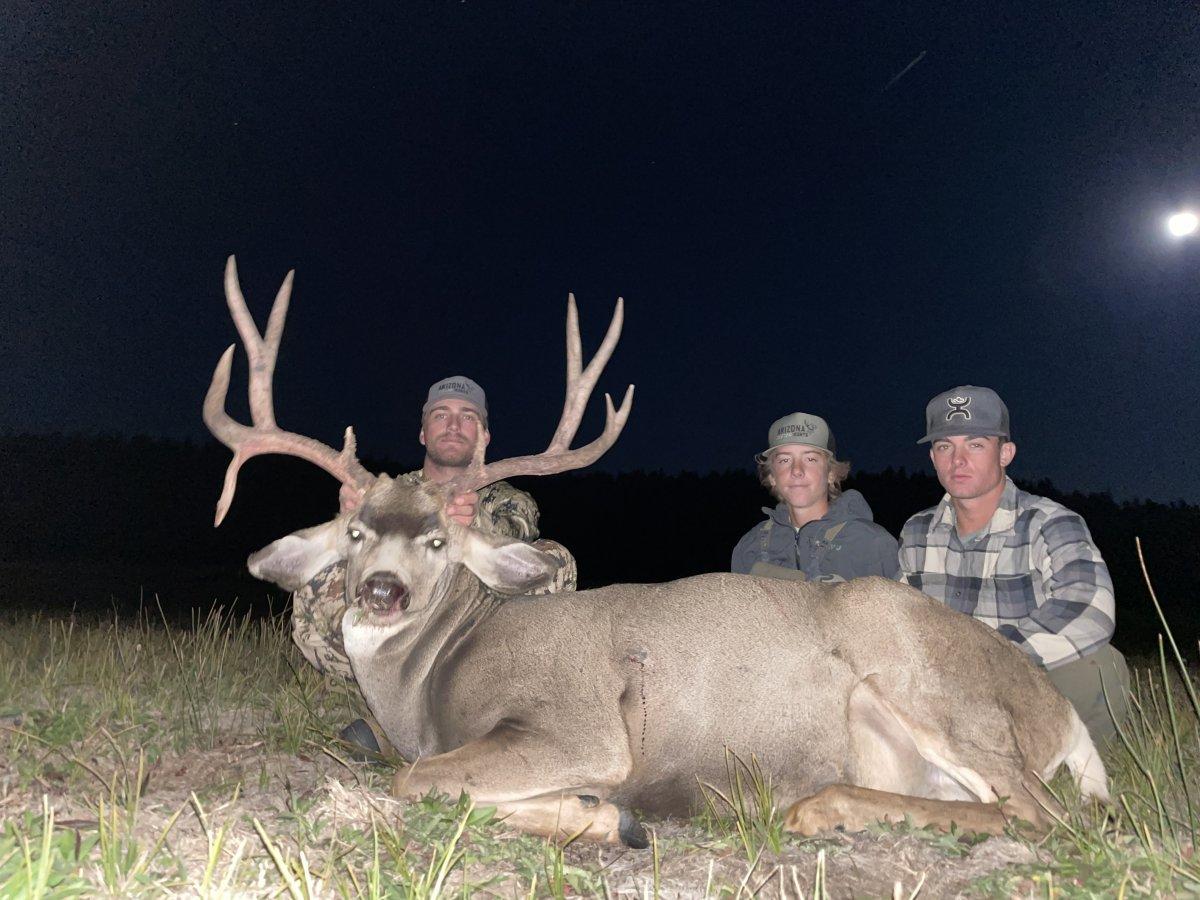 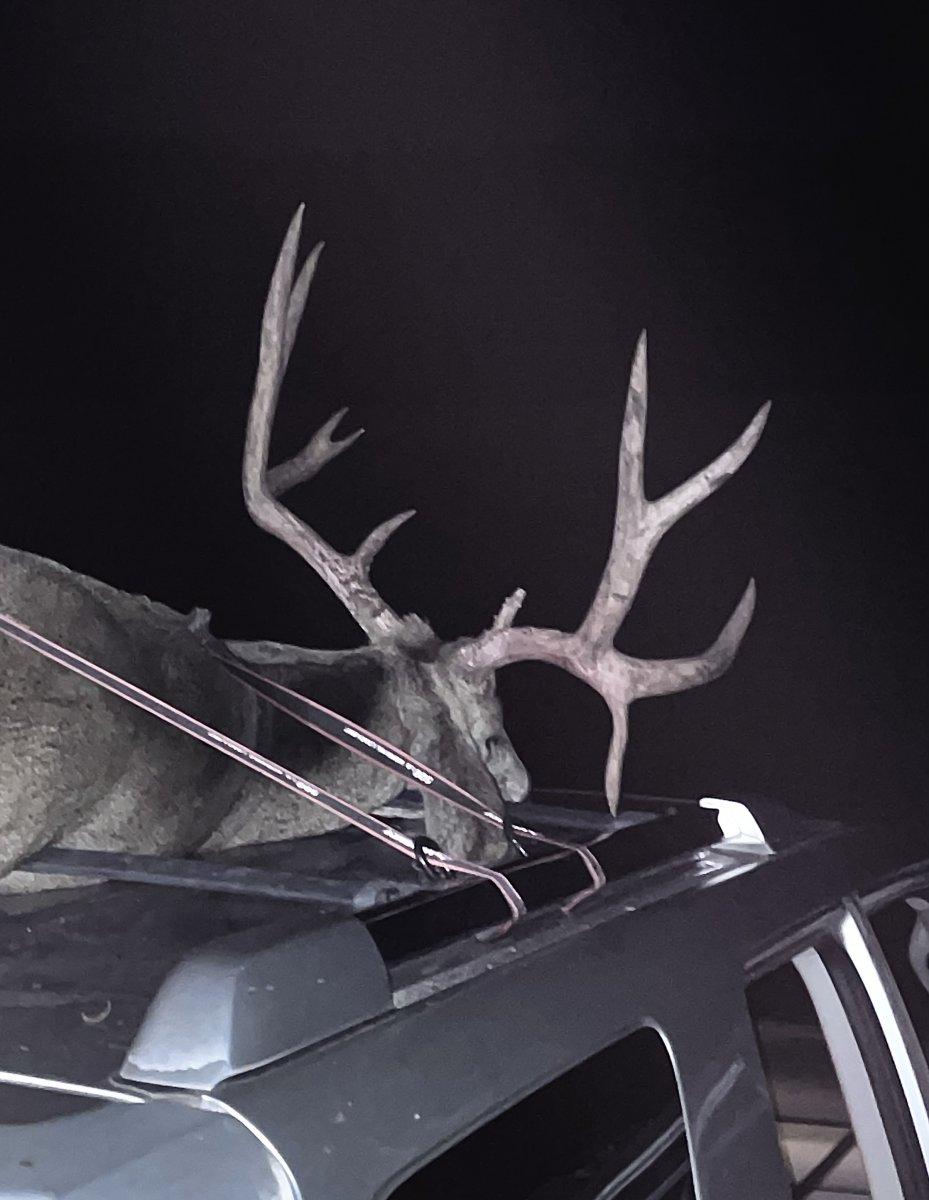 The drop tine killed this deer for sure. We all thought he was 27”ish wide. Well that was what his ears were! Ended up 31”
My first main frame over 30”. So that was cool.
Good times. I hope I can draw again someday.
It was a little frustrating as I met a few of the other champ hunters. They did not seem disabled at all. Were hiking and moving just fine. Packing their guns. I should not let it bug me, but it does. I don’t know what they are going through. But AZ rejected me at first as they said I still had a good leg and arm. But after having them on the phone and going over my doctors notes they realized I have most of the right side paralyzed.
That’s my rant, I am done.

Thanks AZ! Maybe an elk tag in my future 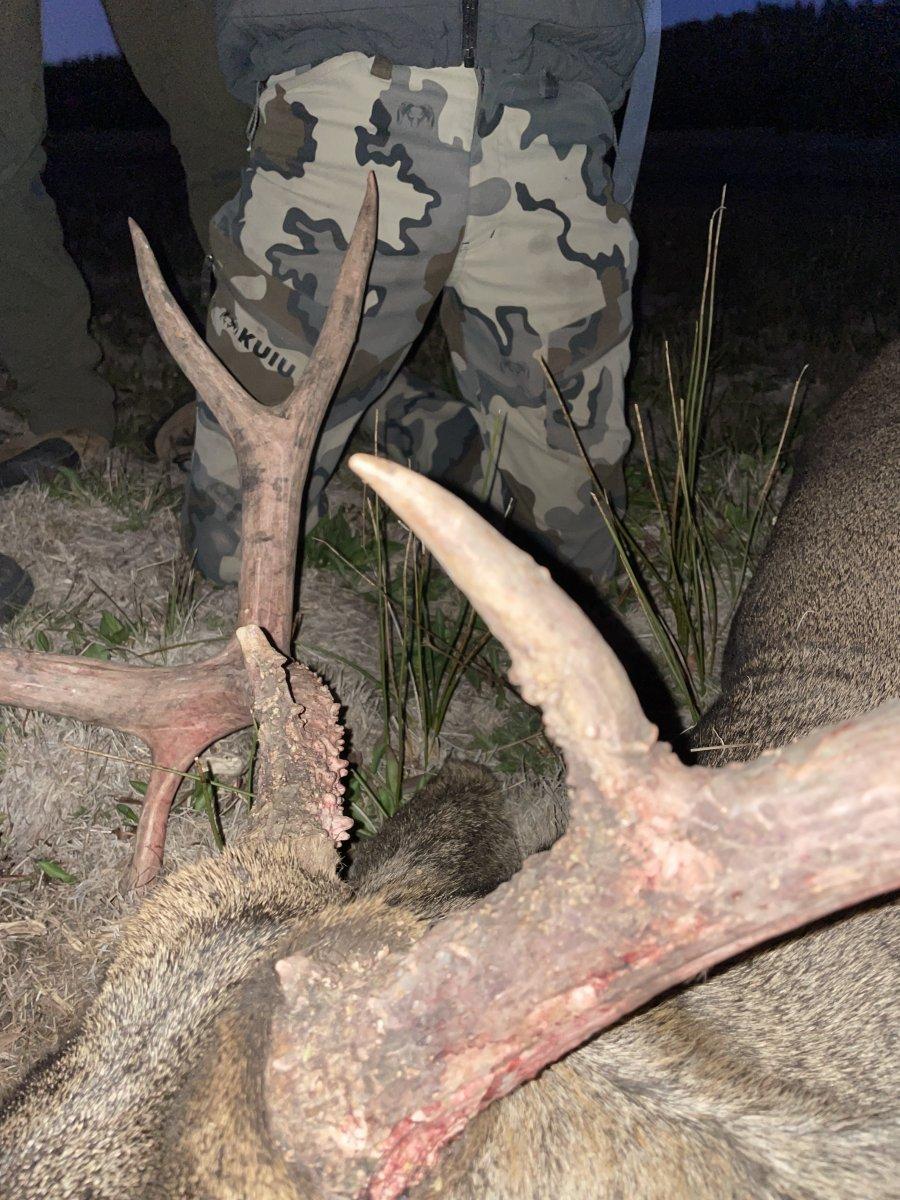 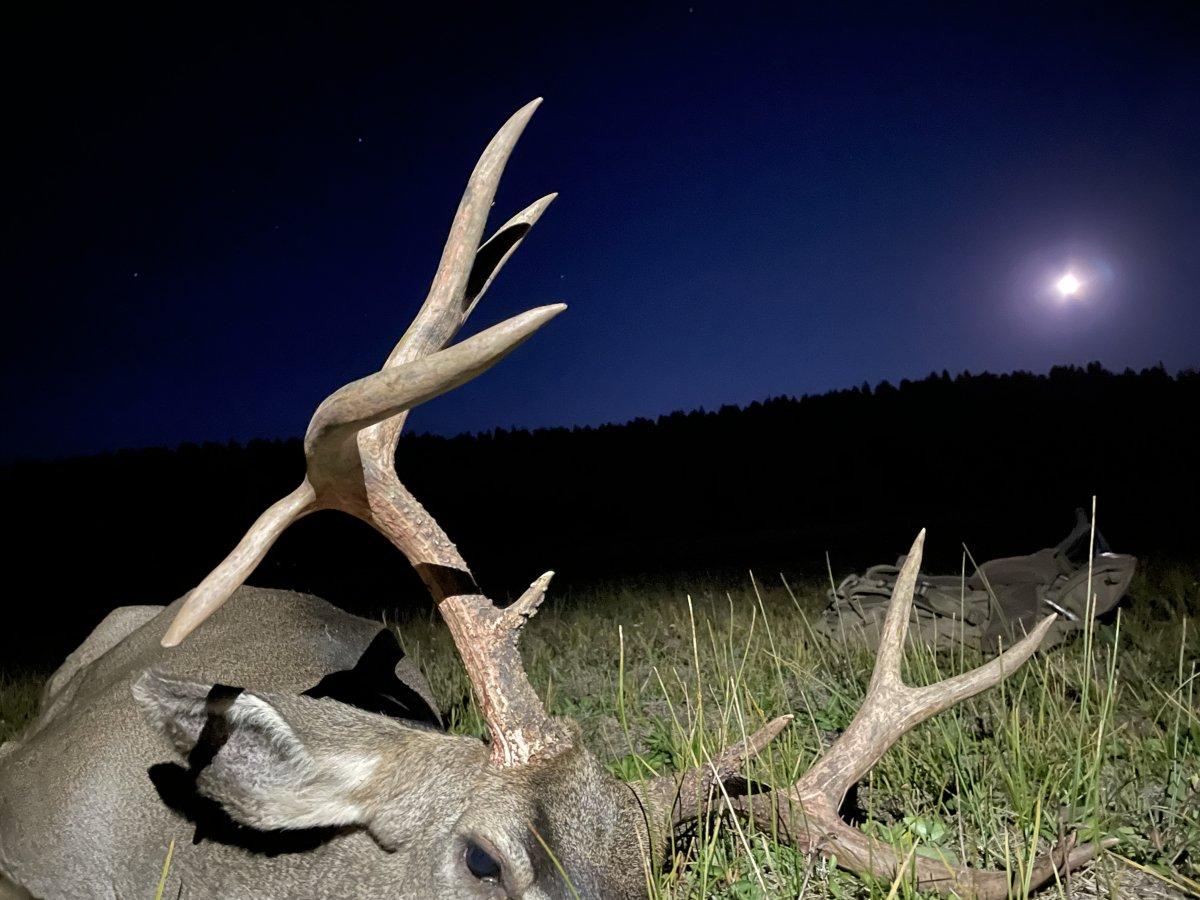 Congratulations on a stud of a buck. The Weemer is a great outfitter and fun to hunt with

The rant part, I would be frustrated as well.

Love that buck Jason!! You are always an inspiration to never give up on what you love doing no matter your circumstances!

Thanks for the story and pics. That’s a great deer

What a great buck, congratulations!

As for your rant, I agree with you…..it also happens in the archery season with crossgunners with no apparent disability.

Fantastic buck! And not letting anything stop you! Congrats!

Congratulations on a great buck!

DO NOT apologize for the rant.....you are right.

Excellent! Congrats! great buck! I'll be there in a few weeks helping a hunter, good times ahead.
And you're spot on with your rant.

Wow, that is an absolute slammer! Hard to believe this was the consolation prize.

I'd love to see the one you were trying to get on but couldn't get a shot at. I have the early hunt in a couple weeks, seeing this buck has me really wound up now!

Congrats on an awesome buck! And for not letting an injury keep you from it.

As far as the rant, unfortunately people learn how to scam the system.

Congratulations, what a great buck!

That a good buck. Congrats on getting done still.

Congratulations on an awesome buck. As for the Champ issue, we can all understand your frustration.

Great buck Jason! I’m hoping you pull an elk tag soon too!
B

That’s a sweet buck! And nothing gets me more pissed off than people scamming their way by acting disable. Driving my blind grandmother around and watching someone take the last handicapped parking spot and then get out looking like they’re in better shape than me makes furious. Guys like you are the toughest SOBs around and deserve everything you get. Keep it up! You help me to hunt harder

Wow that's a great buck!! Way to get it done. I'm a disabled hunter and your such an inspiration to me!! AZGFD department has brought up the issue of the AW Champ permit and people abusing that privilege that aren't really disabled. Lots of hunters abusing the right to use a crossbow during archery season that aren't disabled in AZ as well. I'm going to make a few phone calls to Arizona Game and Fish on Monday. This crap needs to stop.

Congrats on a great buck!

DoubleDropMuley said:
Congrats on a fine deer!!!! Welcome to the 30” club that’s no small feat in itself!!!

Hey, I've killed a 30" deer before! Oh wait, that was total score, not spread!

Congratulations on taking a really neat buck. Hunter is a great guy to spend time with in the woods. Damn good deer & elk hunter and a great guy too.

Good for you ! That's a great buck . Congratulations !!!! 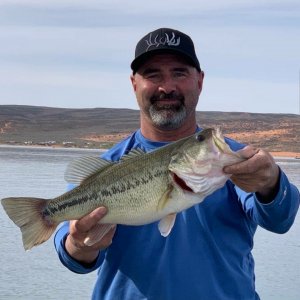 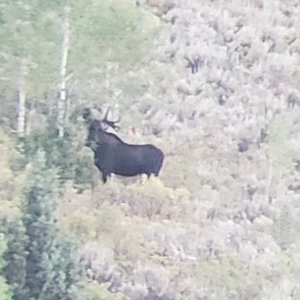 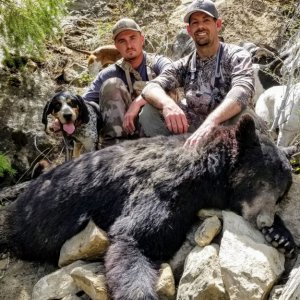 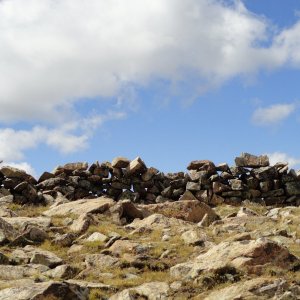 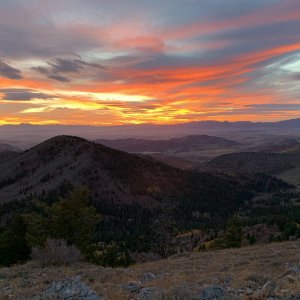 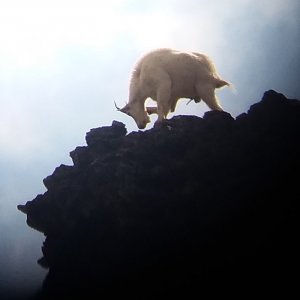 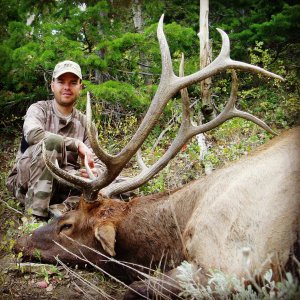 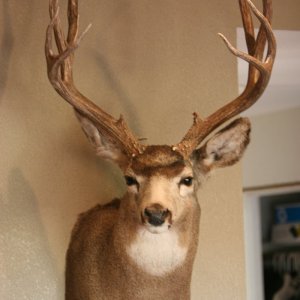 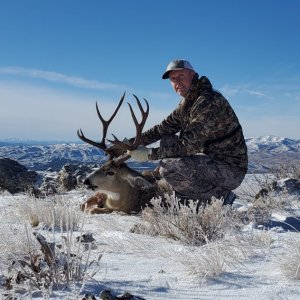 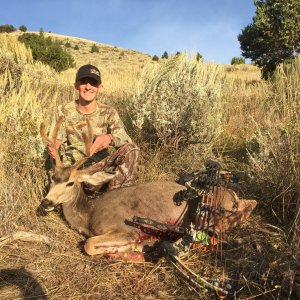 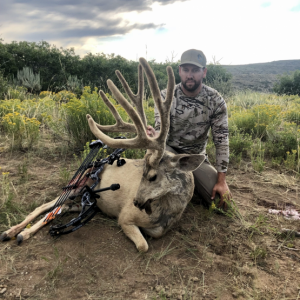