One of my hunting goals this year was to hunt with two of my sons as it might be a few years before we can do it again.

After researching where we were with points it looked like an antelope hunt in WY was our best chance.

I also had a WY deer tag this year. On the way back from a scouting trip I took a drive through our antelope unit. It was looking promising for how many antelope were around but I wasn't seeing anything very large. As I drove back towards the highway just at dusk an 80" buck was standing right off the side of the road. I knew we would be able to start our hunt until after I went deer hunting and thought this buck probably wouldn't make it that long.

After I completed my deer hunt I had time to take a drive through the antelope unit on the way home. The same buck was standing 200 yards off the road. I texted a friend that I was looking at an 80" buck but wanted to save it for one of my sons to hunt. Just then some other hunters rounded the bend and stopped to take a look. To my surprise they looked then kept driving.

Two days later I was able to return with my youngest son (other son had a commitment and would have to wait for the next weekend). Right off the bat we found the big buck. My son got off the road and got set up for a shot. He was having a hard time hearing me as I tried to help him get a shot at the right buck. He finally got on it but missed twice. The buck ran out of sight around the hill. We made a big loop around and got within 80 yards but some tall sage prevented a shot. The buck moved off to 400 yards then stopped on a bare hillside where my son made a great shot.

It doesn't look like an 80" buck but it has great mass and the high prongs put the second circumference measurement just under the prong. It scores 81 2/8 green. 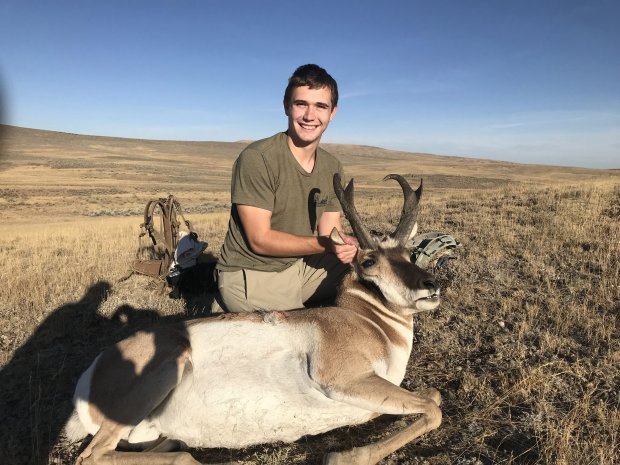 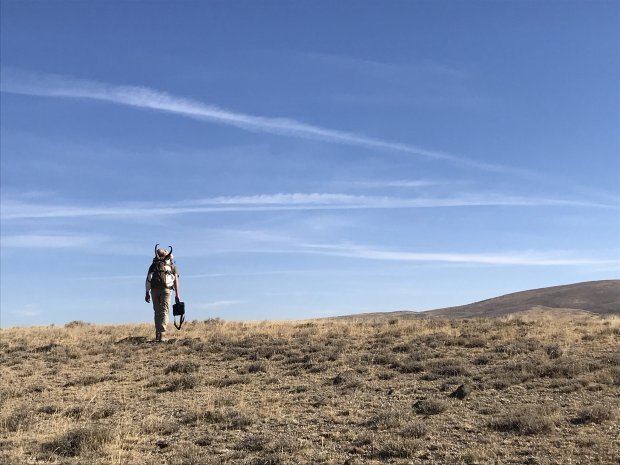 After caring for his buck we continued driving down a ridge. We stopped in the shade of some trees, had some lunch, and took a nap. At about 2:00 we started driving and spotted a nice buck about 250 yards off the road. I took a quick look and decided that I really liked the length and width of the buck so I got set up and took the shot. 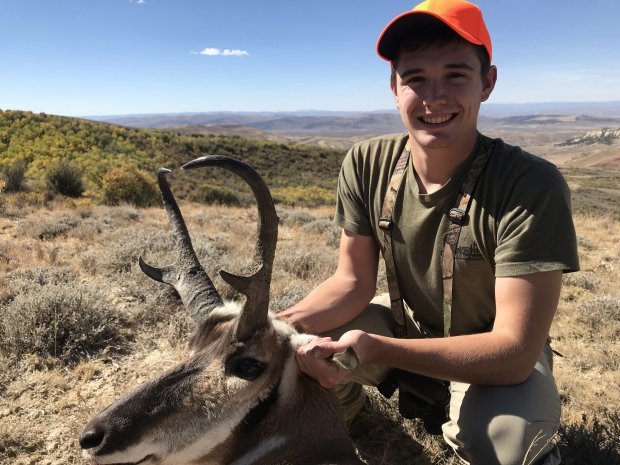 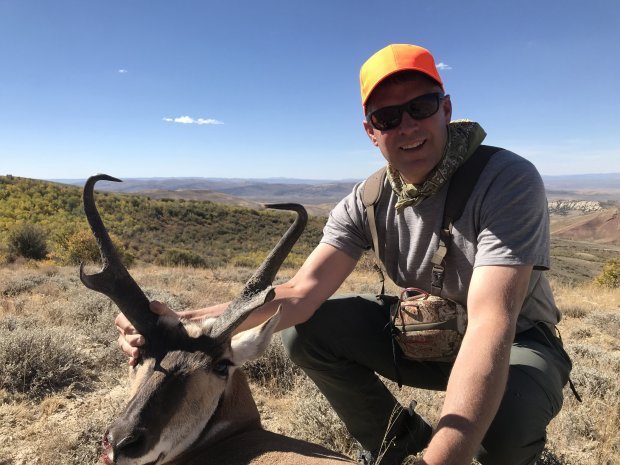 This buck doesn't score well but he is 16" long and looks pretty cool.

The following weekend we returned with my other son to the same area. The first weekend of hunting we had spotted a buck about 2 miles out that looked like it was worth pursuing. We spend the first few hours of the morning combing through a number of smaller bucks. Mid morning we spotted a group with two nice bucks in it. They were rutting hard which allowed us to make a stalk on foot. We had them at 75 yards but the tall sage prevented a clean shot. They ran over a ridge so we moved quickly to see if they would be within range on the other side. When we topped the ridge they were about 450 yards out and the biggest buck was occupied keeping the other bucks away. He was running around in circles trying to keep the does in place and the other bucks away. My son was able to get set up on the bipod and finally the buck stopped broadside - one good shot was all it took. 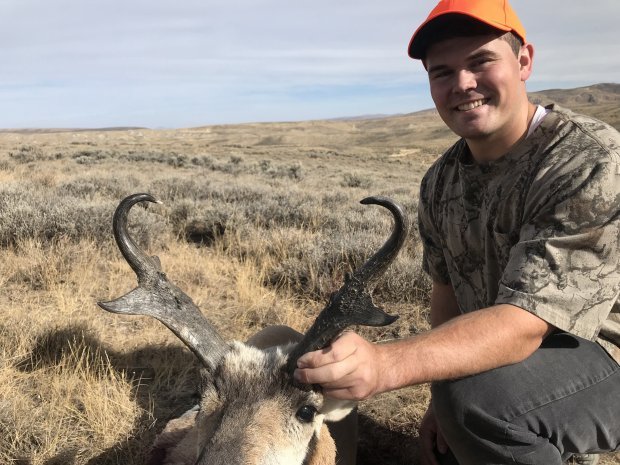 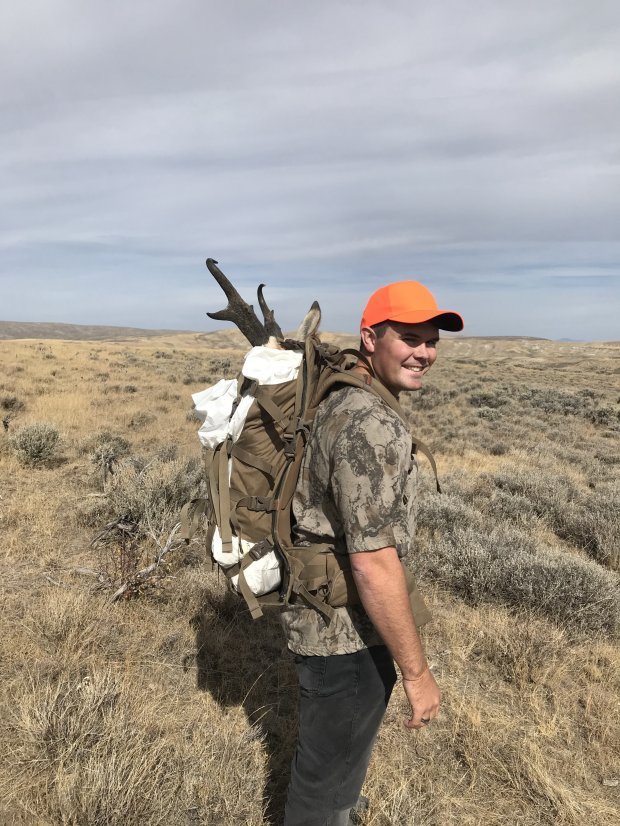 We had a wonderful time hunting together in WY. What an incredible place!

The meat from these bucks is really good, very tender and a pleasant flavor.
M

Good stuff Todd. Looks like a lot of fun was had.

Nice job. Antelope hunting with youth is the best.

On the score, I thouhgt the 2nd circumference (d-3) always has to be above the prong. I had one officially scored and that is what the scorer told me. I'd love to know officially what it is.

Pope and young is very clear. Note - D-3 must be taken above the prong.

I'm certainly not an expert on scoring. I asked the taxidermist to measure it for me. He showed how he choose the points along the horn for the mass measurements. He said that bucks with mass and high prongs always score higher than one would expect because the second mass measurement is below the prongs. I have no idea if his interpretation is correct but I like the outcome and it makes my son happy!
M 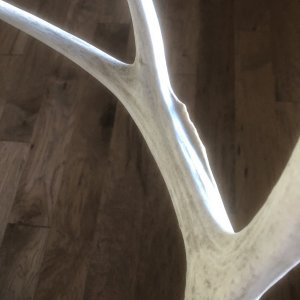 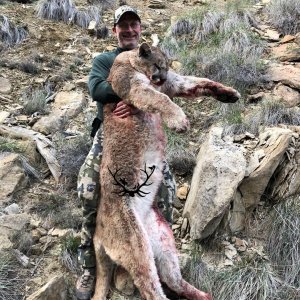 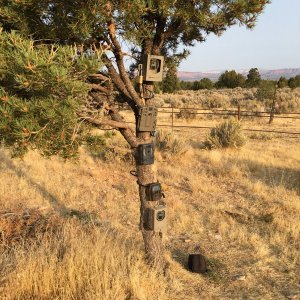 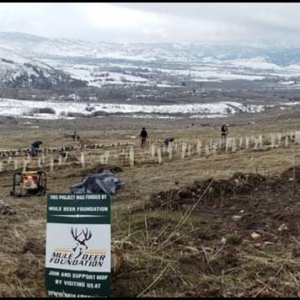 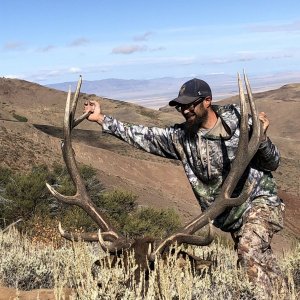 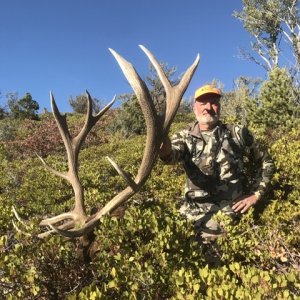 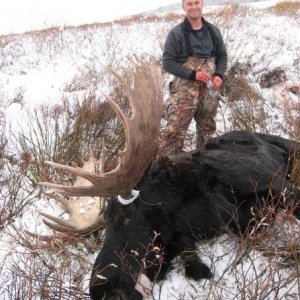 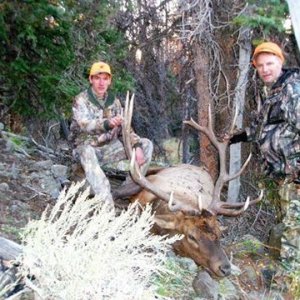 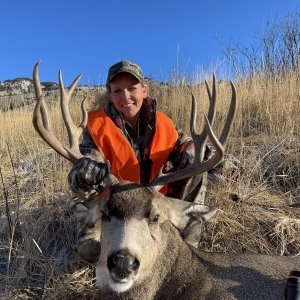 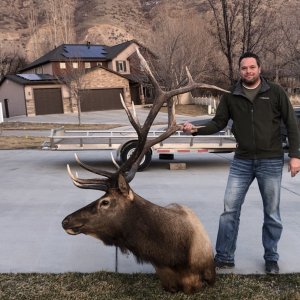 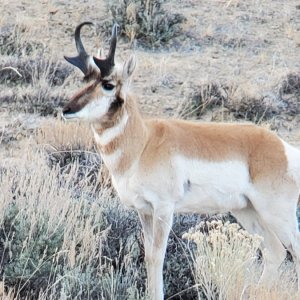 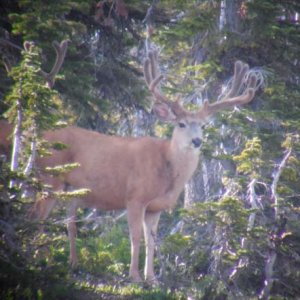