Hunting gear found on the mountain????

I was curious, what do you all do with hunting gear you find on the mountain?
Do you keep it? Leave it where it is?
O

I've never found anything while hunting. My hunting buddy lost his cell phone this past October. It fell out of his pocket while opening a gate. Someone found the phone laying next to the gate and tied it to a post. Everyone else that came through was good enough to leave it there. When he realized it was gone and went to look for there it was on the post. He was very grateful to whoever tied it there and to everyone else that left it there.

Only hunting gear I ever found was an arrowhead. I didnt try to find the original owner.

Found a pair of binoculars in a road this fall. Left them on the side of the road where I found them sitting on some rocks I stacked so hopefully the owner would return and find them. They were gone a few hours later. Don't know if the right person found them, but hope so. Found a bedroll in the roadless someone had lost of their pack, left it alone. Same for a duffle bag with radios and other items. Couldn't see an owners info anywhere so left it where it was. Hopefully if I lose something, it will get returned or left alone as well.

I found a .300 weatherby and a pair of swaros set on a fence at the end of a truck road one night during the rifle deer hunt. No one was around, I was the last one off the hill. Knowing that area had some shady characters around, I took them with me with the intent to contact the county sheriff when I got back to cell service at camp. Shortly after I got to camp, I saw an atv haulin the mail back up the mountain. I suspected that was the owner, so I waited for them to drive back down. About 30 minutes later I saw them come back down the road, so I stopped them. Asked the guy if he was missing something. You could see he was relieved immediately when I said that. Offered to pay me $100. Of course I declined.

another time opening day of the pheasant hunt, coming down a popular road for hunters while returning from duck hunting, there was a black hard case in the road. I knew it was a gun case. When I opened it, I was surprised to find not 1, but 2 browning O/U shotguns in it. About .25 miles down the road a truck met me headed in the opposite direction. Again, another relieved hunter.

I’ve found knives, bullet boxes, shooting sticks, sweat shirts, gloves, etc... before as well. Those kinds of things I’ll pick up and take. Most likely they will sit up there awhile before anyone else finds them. Anything more than that I’ll definitely make an effort to find the owner.
D

My buddy found a Kuiu pack with a full assortment of day hunting gear and several Kuiu shirts. A few snacks and a note from a wife/girlfriend apologizing for starting the fight the night before. Perfect fit on the clothes.

Deepcolor said:
My buddy found a Kuiu pack with a full assortment of day hunting gear and several Kuiu shirts. A few snacks and a note from a wife/girlfriend apologizing for starting the fight the night before. Perfect fit on the clothes.
Click to expand...

I actually lost a pack exactly like the one you described, but once I saw the part about the apology note from the wife, I realized that wasn’t the one I lost

How about it flounder, what did you find you don't want to return?

I’m the guy that loses stuff, not finds them. I’ve lost several bugle tubes,hats,a pair of trekking poles, a knife, and idk what else. Every time if left/lost my vinos or gps I’ve gone back and found them. Too expensive. One time I had to walk back over a quarter mile in the dark in an enormous park of yellow grass to find my gps. (No flashlight) I walked past it at first, but while zagging back through the area I thought it might be, the moonlight reflected off the screen and I got it. Only 600$ w the chip!

I found someone’s expensive jacket in Wyoming this year and left it. Plus I found a box of bullets in Colorado. Left them as well. A few years back I found a 2-way radio in Wyoming. It had been there all winter. I took it, not really thinking about it and feel bad that I did. I should’ve probably left it, but thought I could post to the site and get it to someone.
I did find an iPhone in Colorado a few years ago as well and posted it here, plus was able to convince the carrier to give me the name of the person who owned it. Was able to send it back. I had thought about leaving that too, but I just didn’t think they’d find it even if they returned looking.

I try to return anything I find out in the woods, but every year I keep finding these gosh darn plastic square boxes strapped to trees they are really ugly to look at and they don’t look natural so I take them down and throw them away.

My best (besides arrowheads) was a gerber knife on a rimrock. It had knotches in the handle. Also a turquoise bear on a sand bar in the Grand Canyon. Left by a class IV hippie chic not an Indian.

And a set of vortex binoculars. But they might have just left those. I don't believe they were the top of the line.

I can see her laying on the sand bar with, do you think since we lost the political forum Founder my start a Hippie Chick Forum

hawkbill said:
I try to return anything I find out in the woods, but every year I keep finding these gosh darn plastic square boxes strapped to trees they are really ugly to look at and they don’t look natural so I take them down and throw them away.
Click to expand...

It sounds like a pheromone trap, someone is doing an insect survey. You should leave them.
H

Im on a waterfowl site in Utah.

I found a couple knifes. I kept

Tire chains I hung in trees next to road.

Found a wallet, I returned after maxing out the cards, and poking holes in the condom

Usually when I find something I will tie it to a post, tree or sit it in a very easy spot to be seen, hoping other's leave it and the owner finds it. Found an expensive wool coat in Wyoming back country - tied it to a tree on side of tree in meadow hoping owner found it or it was going to be a cold hunt. Another year in Wyoming a hunter told us he had lost a spotting scope and where he had lost it. It was about 7 plus miles back in and he was not capable of hiking back in for it and his guide/outfitter would not let him take one of his horses. Told him the day we would be coming out and even where my truck was if he left the area and to leave his name and phone number and I would get it back to him if I found it. Found it in the dark right where he stated they rearranged the pack saddles and dropped it. A couple days later we came off mountain and his camp was gone and no note on truck. He was hunting sheep with guide and I'm sure moved around daily. I know if it was me I would have just turned my horse around and went back to retrieve my spotter, with or without guide OK. He was paying for his services and equipment. Just saying!!! Not the best spotter or high dollar spotter, but has worked awesome for a little light weight spotter for 15 plus years. Would have loved to get it back to the hunter, but think about him every time I use that spotter. Sure hope he found his sheep that year!!!

I found a treestand once grown into a tree. It had been there for awhile. I left it there, but used it a few times. Apparently littering in a public forest is ok, but someone else using said litter is crossing the line

It would be easy to return my phone to me! It isn’t locked. Never saw the need. Live in a small town where people return things they find.
L

I have lost my mind a few times on the mountain......wife says I never had it in the first place,,,,,,but I still miss it...sometimes ! My brother lost his wallet on the mountain and the leaves were thick that year. Big area and we just chalked it up as gone... a few days later some friends of mine called and asked if I knew this guy...sure enough he got it back along with a his money...he gave them the money.

Reminds me of a old decayed wallet I found years ago. Not much left of wallet or contents. Did find an old drivers license near by and contacted the owner. He had lost it years prior and always wondered where and what happened to it. Nothing to return, but sure was glad to learn about the spot lost and that it was finally recovered - what was left of it, due to weather and sun.
Y

I left a stoney point bipod on Dutton stopped to pee then glassed a while. Hiked of leaving it hanging in a quakey. Snowed that night I tried to get back in to get it but thigh deep snow and steel rocky terrain made it Impossible. Three years ago, still trying to draw another tag to make it worth a trip to go get it.

I just found an eye piece for a pair of binoculars off the side of the trail in the snow this morning. I put it on a pine bow sticking out into the trail right there. Hope they see it on the way down

At the end of a long day I accidentally left my day pack, containing my spotting scope, sitting at a trailhead because I was hurrying to get back to camp. At camp I realized what I had done and went back, only to find it was gone.
I was pizzed for a while until I realized that I now had an excuse to get me a new (much better) spotting scope. In the long run, I'm glad no one got it back to me!

I found a day pack with a cheap spotting scope at a trailhead. Glad I took it now.

eelgrass said:
I found a day pack with a cheap spotting scope at a trailhead. Glad I took it now.
Click to expand... 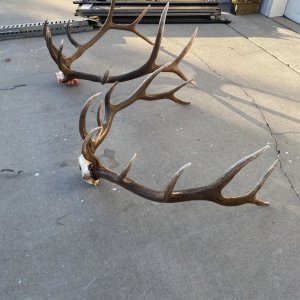 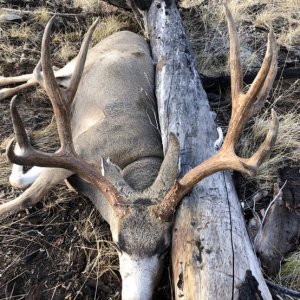 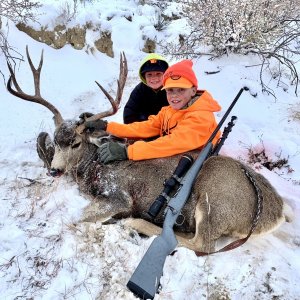 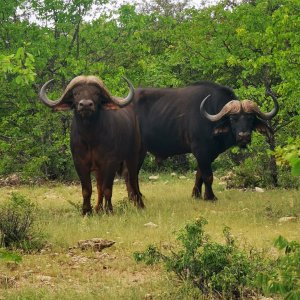 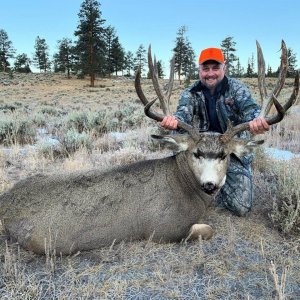 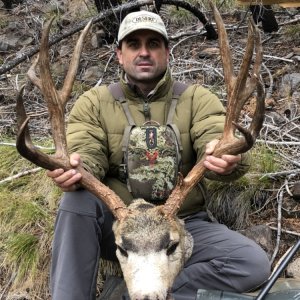 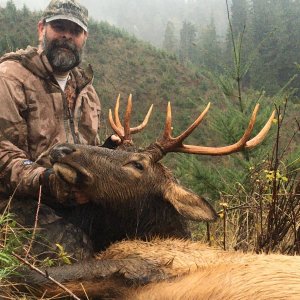 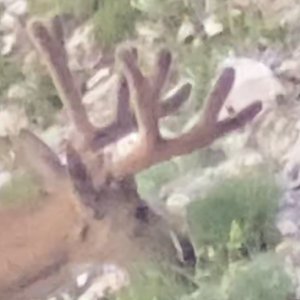 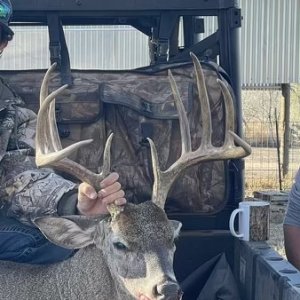